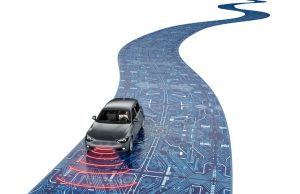 The development of autonomous vehicles raises a host of questions about data collection. Some of the issues may arrive as vehicles incorporate more automated systems and become connected to each other and to infrastructure—before they are fully autonomous. Here are some questions likely to arise.

What kind of data might be gathered about vehicles’ movements? By whom?

Fleet operators would likely have some data on their customers, just as the current ride-sharing services already do, says Kara M. Kockelman, professor of engineering at the University of Texas-Austin. “If I order a car, I will have to have a credit card on file for trip charges,” she says. “People already are giving that information up.”

Worries about unauthorized credit-card data replication would be the same as for current car services.

Insurers may want to collect or have access to data to establish liability in case of a crash, to determine weather or road conditions or whether the technology malfunctioned. California law requires autonomous vehicle makers to have a way to capture and store sensor data for at least 30 seconds before a collision and to keep it for at least three years after an incident.

California also requires that autonomous car makers disclose to buyers what information is collected by the technology on the vehicle, although it doesn’t specify whether the data would be gathered by the manufacturers, government agencies or private companies, or a combination. 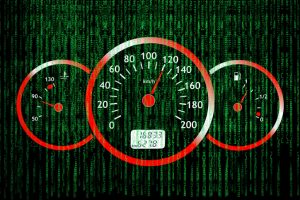 For example, “location data, such as the day and time, and which road you’re driving on, would be valuable for transportation planning and understanding where the traffic is,” says Frank Douma, director of the state and local policy program at the University of Minnesota in Minneapolis.

A company collecting the data might want to sell it – already a common practice. “People are probably clicking through consent agreements far too quickly and don’t know if the company will share or sell the information,” Mr. Douma says.

People are putting their information on the open market without realizing it.”

Theoretically, home thieves could tap the data to monitor when occupants have left, but the experts say that’s probably more complicated than what burglars do now, which is just watch target houses in person.

Autonomous vehicles will use many kinds of sensors and technology, such as cameras, radar, LIDAR and GPS. Regulators may allow a vehicle’s GPS to keep track of itself but not share it with anybody, or to change identifiers, to preserve anonymity, Prof. Kockelman says.

The technology for connecting vehicles to each other, called connected car or dedicated short-range connection (DSRC), is under review by the U.S. National Highway Traffic Safety Administration (NHTSA). DSRC would use a bandwidth exclusively reserved for vehicle-to-vehicle communication.

DSRC technology “has built into it anonymization of information,” Prof. Kockelman says. “One vehicle will transmit to other vehicles its speed or whether the brakes go on, but it won’t identify itself as a particular vehicle owned by a particular person.”

Will autonomous vehicles be safe from hackers?

While autonomous vehicles are expected to be safer than human drivers, cybersecurity is a concern, as demonstrated by hackers who already have taken control of cars through existing connected systems.

“DSRC is important because it’s much more privacy-protected and secure than if the data were sent over the Internet,” says Dorothy Glancy, law professor at Santa Clara University School of Law in California. “It’s a dedicated network, a closed Internet of vehicles instead of the Internet of Things. That’s the debate right now: whether everything should be connected to everything else.”

Global Automakers, a worldwide industry group, created an Information Sharing and Analysis Center to assess cybersecurity in vehicle electronics. In addition, the European Automobile Manufacturers Association has agreed on secure principles of data protection for connected vehicles and services.

Who will update the maps?

One of the ways autonomous vehicles know where to go is through digital maps. It still isn’t known whether maps will be updated in real time—the way GPS applications currently readjust routes according to traffic conditions or construction work—or hourly or daily, or a combination. 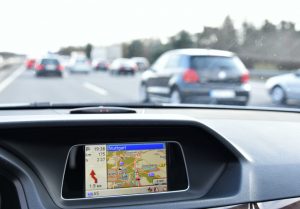 A missed update could theoretically send an autonomous car into a construction zone, though some autonomous vehicles already are able to handle hand signals and flashing arrow signs. The bigger risk is likely to be bad weather conditions, such as snow, that cover lines on the road.

A consortium of European car makers acquired a digital map company that uses wireless transmissions to and from vehicles for updates. Other companies also have advanced mapping capabilities, protected by patents and trade secrets.

“Policymakers want these companies to get together and pool their information. In fact the very first item in the new ‘Federal Automated Vehicles Policy’ Vehicle Safety Assessment is ‘Data Recording and Sharing,’” Prof. Glancy says. “One of the features of the NHTSA guidance is for vehicle manufacturers to share vehicle performance data. Moreover, there’s no reason why you have to have two or three companies collecting the same information on the same roads. You want the most accurate and the most timely for all autonomous vehicles. Will that be a public function? Will it be done by municipalities or states? Will there be sharing across state lines? Who will hold the pool of mapping data?”

Like the autonomous vehicles themselves, answers to these questions remain largely a work in progress. Many stakeholders are working hard to enable the answers, especially on the technology that will connect autonomous cars with infrastructure and make mobility far safer.