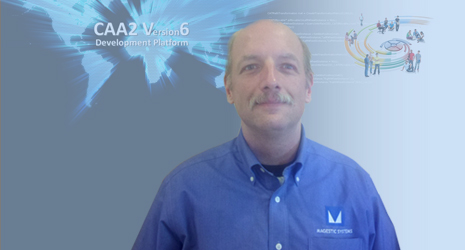 Matt Wynn is one of the key administrators of a LinkedIn group called “CAA V5/V6 interFace/Forum: Where CAA Enthusiasts Meet”. This is the story of how he met our experts from Dassault Systèmes Support and became an influent member of our CAA community. First of all, just to be clear, CAA stands for “Component Architecture Application”. It is a development environment for customers or partners to implement applications that are fully integrated with the CATIA, ENOVIA, DELMIA, SIMULIA and 3DVIA product lines. Matt Wynn is one of those partners.

Can you present yourself briefly?
I have two degrees in Aerospace Engineering and have been programming manufacturing automation / CAM software for over 20 years. I work for Magestic Systems, Inc. where I spend most of my time writing code and working with customers. Outside of work I race slot cars at Elmsford Raceway and teach snowboarding in the winter at Windham Mountain.

How did you meet Dassault Systèmes’ products and people?
Magestic Systems has worked with CATIA for many years and became a software partner in 2004. In 2008 I worked in Paris with Dassault Systèmes staff to perform one of the first migrations of V5 partner applications to V6.

What are the things you made with CAA you are the most proud of? 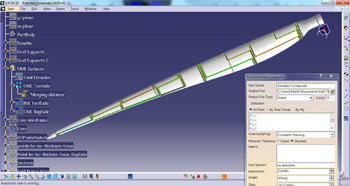 I am proud of anything that has been successful! Magestic Systems TruLASER™ View applications for Composites, Assembly and Paint templating are the biggest commercial success in both V5 and V6. It has also been very interesting to create some batch programs without a user interface that import to and export from CATIA and other types of data.

Why this CAA community on LinkedIn? How did you come to lead it?
The LinkedIn CAA group “CAA V5/V6 interFace/Forum: Where CAA Enthusiasts Meet” was created in 2008 by Yong Zhao, and I am only one of the managers. I found the CAA group on LinkedIn late in 2008 while I was visiting Dassault Systèmes working on the V6 migration.Somehow, knowledgeable CAA programmers that were willing to share found it and it has been a great resource. As of April 2012, there are over 1200 members, approximately 40-50% are employed as CAA programmers. It is very interesting to watch who is joining the LinkedIn groups, and I try to send each new member a welcome message. This helps them get to know me as well, which is the whole idea behind LinkedIn.

Then you naturally became a member of the CAA community on Swym.3ds.com?
I joined the 3DSwYm community several years ago when I started to use the DraftSight DXF/DWG editing tool. I was invited to the CAA community just before it opened up because I am a V6 early adopter and my leadership of the LinkedIn group.

What do you think those two communities bring to CAA developers?
There is a synergy with 3DSwYm and LinkedIn communities.Both provide important resources to the CAA developers.
The LinkedIn group is open to anyone with an interest in CAA programming. It has had steady growth, with 100 new members every 4 months for several years. It has the ‘critical mass’ required for a community of developers to be helpful to each other. 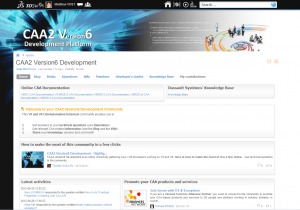 The 3DSwYm community can do things that are impossible on LinkedIn. It has had good growth since it went public in December, but not much participation by members yet. There is more opportunity in the 3DSwYm group for difficult CAA questions to be addressed by very knowledgeable Dassault Systèmes people, especially on the topic of V6 CAA. 3DSwYm includes the ability to share documents and code and data samples, which I have found very helpful. Before 3DSwYm, this kind of support required submitting service requests, which I think many developers do not have access to.

For those of you who are interested, you can contact Matt both on Swym.3ds.com and on LinkedIn. 🙂

Matthias Vivet is a member of the Dassault Systèmes Customer Support team.
0

Latest posts by Matthias (see all)