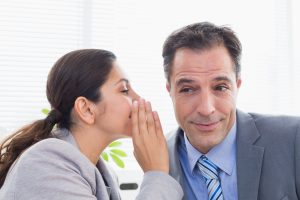 Original equipment manufacturers (OEMs) in aerospace and defense depend more than ever on suppliers to deliver innovation. That means sharing information and collaborating closely with third parties.

How can companies protect their intellectual property (IP) in such a fluid environment? The stakes are especially high in aerospace and defense, where technology is key to being competitive and is costly to develop. In addition, the nature of these sectors makes it difficult to apply some of the best practices used elsewhere to protect trade secrets.

“Aerospace and defense companies are somewhat unique in a couple of ways,” says Pamela Passman, president and chief executive officer of the Center for Responsible Enterprise And Trade, or CREATe, a Washington-based nongovernmental organization that helps companies around the world prevent piracy, counterfeiting, trade-secret theft and corruption. “There is the importance of collaboration and sharing across the supply chain” in general, she says. In addition, “there are incentives, at least in the U.S., in Department of Defense procurement to involve small and medium-size enterprises. Increasingly, it’s a highly regulated procurement space. That includes regulations around cyber risk.”

SMEs often are too small and unsophisticated to have adequate cyber and management controls to protect IP, Ms. Passman notes. If they are growing very fast they may not be as rigorous in vetting or training new hires as are some other institutions.

Larger institutions often have someone in charge of protecting IP. “Usually it’s part of the legal or research and development function,” she says. “We recommend having a cross-functional team that includes IP, R&D, cyber security, procurement and supply chain and human resources.”

Human resources’ involvement is important because insiders—who might be direct employees or contractors of either the OEM itself or suppliers—commit a lot of IP theft. A Feb. 2014 report by CREATe and PwC estimated that trade-secret theft amounts to 1%-3% of U.S. gross domestic product. “It’s significant,” Ms. Passman says. The U.S. Federal Bureau of Investigation made a film, “Company Man,” to educate companies about protecting trade secrets. 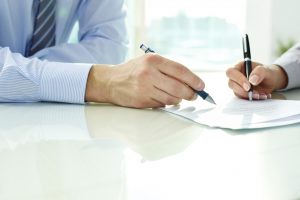 New hires usually sign agreements not to divulge IP, but those requirements need to be reinforced throughout their employment as well as when they leave the company, she says. That goes not only for employees of OEMs, but also for those of suppliers.

Companies need to be clear about what is protected IP:

It’s only a secret under the law if a company takes reasonable steps to keep it secret,” Ms. Passman points out.

Employees, especially scientists and authors of software, frequently look at their work the way artists do, assembling portfolios of their output to show to prospective employers. The problem is, under most [U.S.] state laws, when the employee creates their work in the course of their employment, the employer owns that work and it sometimes contains trade secrets, says Claude M. Stern, co-chair of the intellectual property litigation practice in the San Francisco office of at Quinn Emanuel Urquhart & Sullivan LLP, an international litigation-only law firm.

Employees might not be acting maliciously or with willful intent, but they would still be subject to a suit, Mr. Stern says, adding, “Companies are relatively rigorous about looking at their markets and who’s doing what. When a company comes up with something out of the blue that’s similar to my secret, I’m going to look at who’s working there.”

One way to protect IP is to be careful about who is privy to it and not to provide all the critical IP to one key supplier. However, companies in specialized sectors like aerospace and defense might not have a multitude of supplier choices. “In the global supply chain, sourcing is very challenging,” Ms. Passman says. “Certain materials or components may only be available in certain parts of the world.”

Companies also have conflicting priorities. While having multiple suppliers might better protect IP, many companies are reducing the number of suppliers in order to cut costs, according to a report by consulting firm Oliver Wymans. Aerospace and defense OEMs are pushing more responsibility and risk onto suppliers, and entrusting them with complete modules and systems, as well as R&D and innovation. 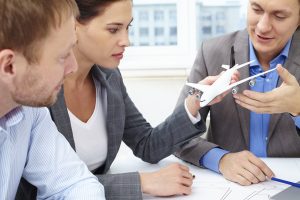 “In order to develop technology, it’s almost inevitable that the developer will disclose trade secrets to its vendor,” Mr. Stern says. “The question is, under what conditions? The protections are, or should be, in the contract.”

Patents help protect IP, but companies also need to protect evolving R&D that isn’t yet ready for patent application, or IP they don’t want to share at all.

Recourse for trade-secret theft can be difficult. The U.S. Defend Trade Secrets Act of 2016 took effect in May, giving companies greater ability to fight IP theft. The law lets companies file civil lawsuits in federal court; previously they had to sue in state courts, where laws varied. The federal government can file criminal charges for trade-secret theft.

The European Council adopted a directive on trade secrets in May to harmonize laws across the EU. Member states have two years to adopt legislation in line with the directive.

Some industries, such as those in mobile phones and business software, sue more frequently than others to protect trade secrets. Defense companies, by contrast, “are frequently, but not always, loath to sue their contractors,” Mr. Stern says. “They’re so close to their partners, they feel it would be mutually assured destruction. But in the appropriate case, we do see lawsuits, even among business partners.”