The pricks and shots. Counting carbs and stashing sugar in case of emergency. Around the world, more than half a billion people are living with diabetes.

Whether Type 1, Type 2, gestational diabetes or other rare types, a diabetes diagnosis is life-changing and sets the stage for a near constant challenge of monitoring and managing to maintain a healthy lifestyle.

Created in 1991 by the International Diabetes Federation, World Diabetes Day began as a response to growing concerns about diabetes as an escalating health threat. It’s held every year on Nov. 14, to mark the birthday of Sir Frederick Banting, who co-discovered insulin along with Charles Best.

For the next three years, World Diabetes Day will carry the theme of promoting access to diabetes care. When millions of people around the world do not have access to the care they need, the time is now for medicines, technologies and support to reach everyone who needs them to manage their diabetes.

This quiet epidemic isn’t going anywhere. In fact, the IDF estimates the number of adults living with diabetes will swell from 463 million to around 700 million over the next 25 years. Fortunately, companies like PKvitality and Insulet Corporation are working to help the millions monitor and manage glucose levels.

In keeping with the World Diabetes Day theme of promoting access to care, we’re pleased to share the stories of PKvitality and Insulet Corporation.

French startup PKvitality believes it can build a better way to monitor glucose levels. Their K’Watch design is a smartwatch able to track glucose (or lactose) painlessly, accurately, and in real time. The design has two key components: a K’apsul weekly patch that adheres to the skin beneath the watch while its micro-points and bio-sensors measure glucose levels painlessly, and then the watch itself.

PKvitality joined Dassault Systèmes 3DEXPERIENCE Lab during fall of 2019, making 3DS the startup’s official partner for IT applications on the K’Watch project. Get the full story here.

Insulset Corporation: OmniPod puts the power in the patients’ hands 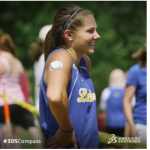 The OmniPod Insulin Management System from Insulet Corporation was featured in a December 2019 Compass magazine article on “Merging drugs and devices.” Small, lightweight and waterproof, the OmnipPod was the world’s first tubeless, wirelessly controlled insulin pump. Worn on a patient’s skin, it can automatically and continuously deliver insulin for up to three days.

Invented by a father whose young son was diagnosed with diabetes in the 1990s, the OmniPod has transformed the lives of that boy and over 140,000 diabetics worldwide. Read more about merging drugs and devices.