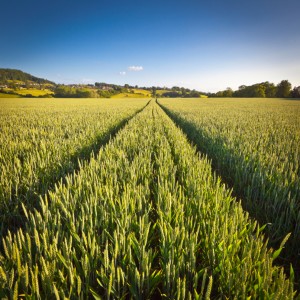 In the 1950s and ‘60s, the green revolution sharply increased crop yields, thanks to fertilizers, pesticides and new seed varieties. But with a billion more mouths to feed by 2025, how will we reap more food without harming the environment? Big data might help.

The global agriculture biotechnology market is forecast to grow to $46.8 billion by 2019, with the bulk focused on transgenic seeds and synthetic biology products such as DNA synthesis and biofuels.

“Technology could improve yields and reduce waste,” says David Lobell, associate professor of earth system science at Stanford University in California. “One of the biggest impacts will be to bring down input costs. That will help not so much in terms of yields but in the price of food and the environmental impact—bringing down water use and fertilizer use.”

As you have better knowledge of what you need, you can reduce the margin of error.”

Genetics: Just as big data has helped scientists tease apart genetic traits in humans, so it is doing for agriculture.

Researchers are mapping the genomes of fungi, parasites, pathogens and plants, which can speed up breeding for traits such as salt tolerance. (About three hectares per minute become too salty for conventional farming.)

“The main idea of genomic selection is that effects of abiotic stresses like heat are controlled by lots of different genes,” Dr. Lobell says. “Those types of things can be better identified by more and more data for lots of different varieties. You can start to statistically pull out smaller effects with larger data sets.” 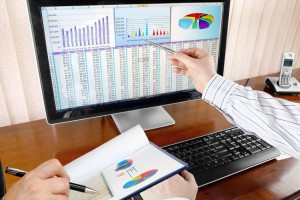 Big data is analyzing plant populations to understand better why some plants thrive in certain environments and others don’t. The Compadre database is a collection of more than 1,000 plant population models across 600 species, while the similar Comadre database is for animals. The data are difficult to collect, with researchers visiting the sites several times, notes Yvonne Buckley, professor and head of zoology at the University of Dublin.

By looking, for example, at how big and efficient leaves are, scientists hope to be able to predict whether a species will become extinct. “It’s important for food security, which populations might be vulnerable to disappearing,” she says.

Precision agriculture: Big data can also help farmers decide which seeds to plant, whether to apply fertilizers or whether to irrigate. With sensors, they can measure conditions such as soil moisture, while drones can provide a close-up view of far-flung fields in real time. Moreover, technology required to collect this data keeps getting cheaper. 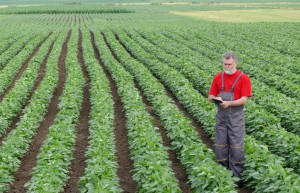 “The cell phone is by far the most influential technology for dispersing information,” Dr. Corbett says. “The penetration of cell phones in sub-Saharan Africa is phenomenal. Any farmer can be connected to the world’s data bank. Without changing anything like seed or fertilizer, they can improve yields 30% just by using better information.”

Cell phones can also collect data—aWhere surveys farmers by SMS. As the Internet of Things moves to the farm, tractors and other machinery will be able to transmit data from the field.

“If you can get on-the-ground information, and if you process it and push it back to the person, there’s an enormous amount of optimization and efficiency that will come to the agriculture value chain. Farmers can plan what will sell. They can form cooperatives, which make selling more efficient,” Dr. Corbett says. “If you do it across the value chain, the whole chain strengthens.”