The ideas presented in earlier posts on Future Testing (excerpted from Replacing Problem-Solving with Future Testing) can be applied to the discipline of engineering.

Traditionally, engineering firms review the architect’s conceptual designs and independently develop their engineering drawings. This is a wasteful step, which duplicates work and can misinterpret the architect’s intent. This disconnect between the designs also makes it incredibly difficult to test new ideas or incorporate changes from the architect.

It provides the ability for all stakeholders to collaborate on and visualize a virtual mockup of the project from start to completion in digital form, improving speed and building trust that the desired outcomes will be met.

Instead of problem solving and reliance on hindsight, the approach allows engineering firms to anticipate issues or uncover creative opportunities in advance by experiencing the project’s as-built behavior in virtual form. It brings all stakeholders together and supports an Integrated Project Delivery (IPD) approach.

Future Testing also allows engineers to analyze designs virtually based on precise 3D models and realistic physics simulations instead of relying on theoretical analysis that can lead to costly, unnecessarily over-designed structures.

Today’s models can even incorporate a systems perspective, going beyond the physical structure to include everything down to sensors and controllers to simulate overall behavior.

Future Testing enables engineers to quickly change plans based on unexpected discoveries or change requests, leveraging techniques like parametric design automation that automate the propagation of changes through the design.

In addition to seeing the design in 3D, Future Testing provides them with the ability to experience the changes in advance, so they know they will end up with an optimal outcome.

These benefits also apply to EPC (Engineer-Procure-Construct) firms in much the same way, allowing them to incorporate construction feedback to improve models.

Future Testing In Action at SMEDI

A great example of an engineering firm leveraging Future Testing approaches is the process utilized by the Shanghai Municipal Engineering Design Institute (SMEDI), when designing the Ganjiang Second Bridge in Jiangxi Province. 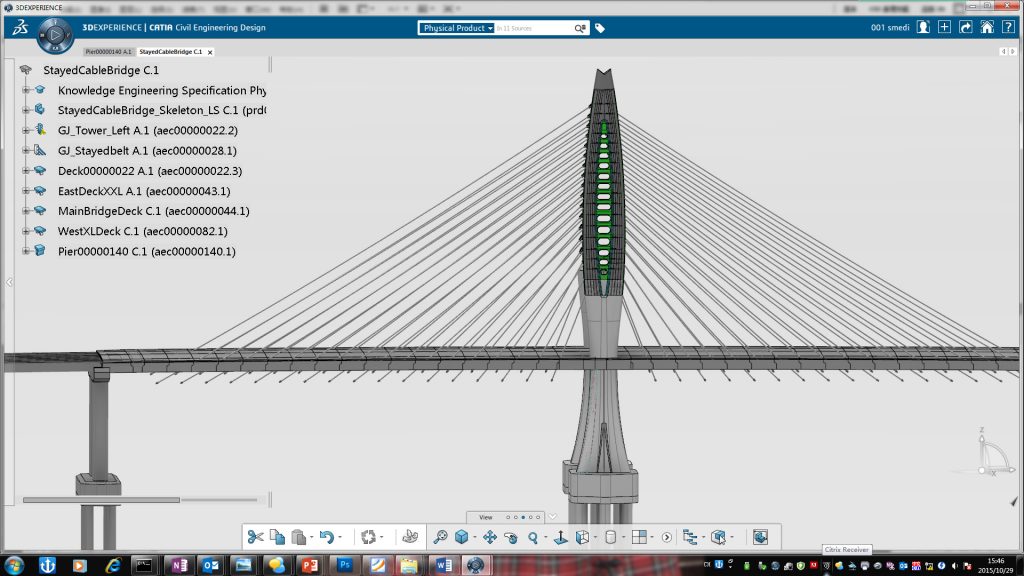 The design work for the bridge was led by SMEDI, with engineers from different disciplines collaborating.

SMEDI’s collaborative design process meant that they clearly defined and divided the work involved, coordinated the roles and tasks, and seamlessly managed the entire project.

Indeed, the 3DEXPERIENCE platform helped make it much easier for SMEDI to make changes to the design, which can be very frequent and even at the last minute. In the past, making design changes could sometimes take even longer than the original design stage itself.

Learn all about Future Testing through real world examples from CADMAKERS, SHoP ARCHITECTS, SMEDI, A. ZAHNER COMPANY, and HARDSTONE CONSTRUCTION in the Dassault Systèmes white paper: Replacing Problem-Solving with Future Testing: The New Paradigm Poised to Disrupt the AEC Industry. 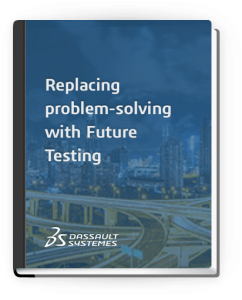