Data centers guzzle it. The coming Internet of Things, with the gadgets and appliances in our homes and workplaces interconnected, depends on it. A shift in our automobiles away from petroleum fuels will vastly multiply our need for it. 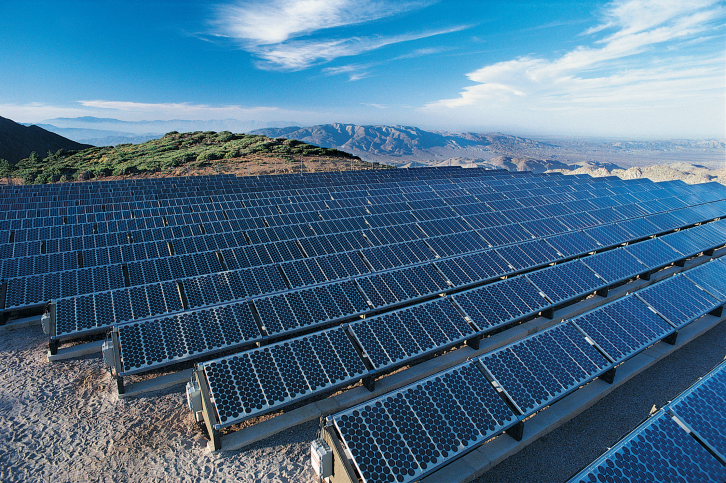 Our future is powered by electricity. Demand for electricity by 2050 will increase 127% from 2011 levels, the International Energy Agency predicts, with demand in developing countries booming fourfold.

We love electricity because it’s so nonpolluting at the point of consumption. We don’t have nasty fumes coming from our refrigerators or our computers. But electricity isn’t carbon-free. Emissions from electricity generation rose 75% between 1990 and 2011, the IEA says. Increasing electricity generation to meet future demand requires a 90% cut in emissions in order to limit the rise in global temperature to two degrees Celsius.

That means not only relying more on renewables but also rethinking the entire electricity industry, from generation to distribution.

There is a big revolution occurring in the power industry,” says Martin Green, professor at the Australian Centre for Advanced Photovoltaics at the University of New South Wales in Sydney. “The whole business model has collapsed in a few years.”

Peak prices for electricity, whether in Europe or Australia, used to occur during summer afternoons. In Europe, where nuclear energy is widely used, plants had to trim output just as demand was peaking, because they weren’t allowed to dump the hot water they create into rivers, Dr. Green explains. That exaggerated the gap between supply and demand, and created even higher prices.

In Australia, many utilities were able to make their profits for the whole year thanks to summer peaks, he says, adding, “Everyone was bidding up their prices.”

However, the huge surge in solar panel installations—cumulative installed global capacity rose about 44-fold from 2010 to 2011 , the IEA says—has changed that equation, by producing the most electricity exactly at the times of peak demand: summer afternoons.

Utilities need to find a way to make money from solar. For the unadventurous ones, solar is really bad news. It’s taking away from demand for electricity,” Dr. Green says.

Renewables pose two big challenges for the power industry: They are intermittent and thus require storage or a backup, and they require a different kind of grid.

To ensure that when the wind is calm or the sky is cloudy there’s still enough electricity for peak demand, the system needs extra capacity. Average power demand in Germany, for example, is 80,000 megawatts, and peak demand is 130,000 megawatts, says Eicke Weber, director of the Fraunhofer Institute for Solar Energy Systems in Freiburg, Germany. If 80% of the energy mix is renewables, as Germany intends by 2050, such a system would need 200,000 megawatts of wind power and 200,000 megawatts of solar power—overcapacity is necessary to compensate for the times when it’s calm or dark.

So at off-peak times and on sunny, windy days, Germany would have far more electricity than it needs. “The future will be characterized by times where we have excess electricity,” he says.

One way to take advantage of the surplus is storage. Better storage, in the form of batteries or other means, is advancing. For example, electric cars that charge while parked during the day would be one way to store some solar power. Another way is to use the solar energy to split apart water molecules, releasing the oxygen and keeping the hydrogen for use as fuel.

As for backup power, “natural gas is the absolute complement for renewables,” says Oliver Inderwildi, senior policy fellow at the Smith School of Enterprise and Environment at Oxford University in the U.K. “Gas can be shut off or turned on quickly and can operate at various levels. If it gets cloudy, you can fire up a couple of turbines to make up the shortfall from solar. You can’t do that for coal or nuclear.”

The boom in cheap shale gas in the U.S. is crowding coal out of the energy mix there, he says. Building a gas-fired plant is much faster and cheaper than for coal or nuclear as well. A gas-fired plant can be built in 18 to 36 months, versus about six years for a coal plant.

In much of the world, however, gas is more expensive than coal. India and China are building coal plants to meet electricity needs, but they are locking themselves into a high-carbon infrastructure over the long term, Dr. Inderwildi says. The catch, he adds, is “CO2 is a global problem. It doesn’t matter where it’s emitted.”

The other challenge with renewable energy is distribution. The dispersed nature of renewable sources, such as rooftop solar panels, makes planning difficult.

The grid network is moving away from centralized plants to more distributed generation: wind, solar, biomass and other options,” says Dr. Green. “Some costs and benefits arise from that. You don’t have to have power lines carrying the same density of power. You used to have electricity flowing out from power plants in one direction. Now a lot of electricity is flowing the other way. The grid needs upgrading.” 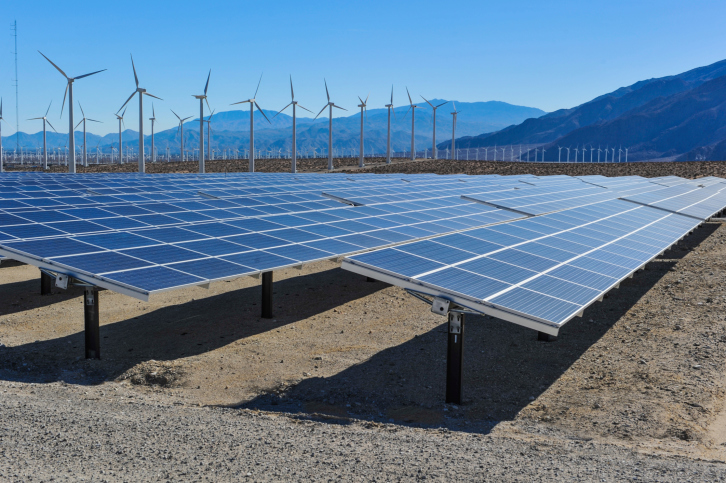 And since the cost of maintaining and upgrading the grid’s assets is typically bundled into the cost of electricity consumption, people who generate renewable energy – through rooftop solar, say – are using the grid infrastructure for storing their extra solar energy without paying for the grid, which is an unsustainable utility model.

Smart grids use technology to communicate between energy suppliers and users to make the system far more efficient, for example, by allowing consumers to choose to reduce energy use at peak times.

“Smart grids are definitely happening,” he says. “It won’t be overnight, but they are incrementally being implemented.”