The next trend in industry is taking B2B to B2C. Industrial products and services have long been in a league of their own—too big, too dangerous or too expensive for consumers. Promoting something as “industrial strength” has long implied that it’s as serious as you can get.

Industrial strength is moving beyond cleaners and into new areas. New technology is making industrial machines smaller and more affordable. That’s most vivid in information technology, where computing power that once only governments and large corporations could afford now sits in the palm of your hand in the form of a smart phone.

The challenge for industry in the future lies in continuing to innovate for business while also finding consumer applications.

There’s no B2B business any more. What people care about is the C—the consumer. B2B will be driven by B2C: how can I access a C?” says Jean-Christophe Mifsud, president and chief executive of Alpha MOS SA, a Toulouse, France, company that makes electronic sensors which replicate three of the five senses: sight, smell and taste. MOS stands for multi-organoleptic systems, or systems that give information about a substance through taste, sight, smell and touch.

Electronic senses offer advantages such as not having to use humans for what may sometimes be unpleasant or even dangerous tasks, as well as consistency. “The mission of the company was to avoid any subjectivity from analysis to the production floor and then to customers,” Dr. Mifsud says. 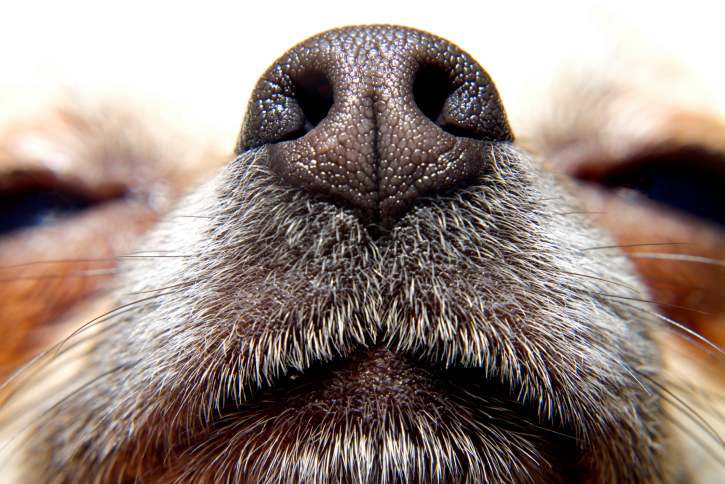 Up to now, electronic senses have had straight industrial applications, Dr. Mifsud says. The food, beverage, pharmaceuticals, plastics, packaging and environmental industries have clear uses for electronic senses. They can detect when flavors or odors in food are “off,” and if there has been contamination or migration of compounds from plastic packaging into content. MOS odor sensors also can control how fast a flavor is diluted, ensure quality-control, or reverse-engineer an aroma. Its electronic tongues can assess things like bitterness, whether a taste remains stable over time, or whether a product has been adulterated.

In the “very short-term future,” he says, sight, taste and smell sensors will be available to new industries to incorporate into their own products, or for individuals directly.

We decided to bring the capability to the consumer,” Dr. Mifsud says. “Alpha MOS decided to miniaturize the expertise around the hardware and the power consumption, so those sensors can be embedded in things like mobile phones, refrigerators, tablets, the home or the car.”

The refrigerator of the future may have sensors that detect when food is going bad. It might be connected to a food-management system that alerts a resident, who can then check in order to make a grocery list.

Cars in the future may have sensors that detect carbon dioxide. The level of carbon dioxide rises in a car with, say, a family driving on a long trip with the windows shut. That’s dangerous, because carbon dioxide can make the driver sleepy. A sensor would alert the driver and passengers that they need to stop for fresh air.

Doctors in the future may give patients a breath test to detect the onset of diseases like diabetes or cancer. A new study shows that organic compounds in exhaled breath can indicate whether a person has lung cancer—as well as its stage—and can distinguish cancer from chronic obstructive pulmonary disease.

We’re talking about millions of sensors with a very low price. An industrial electronic nose costs €50,000 to €100,000. For laboratory uses, it’s extremely powerful and very, very accurate,” he says. “That’s not what the consumer needs.”

At the first level, Alpha MOS is developing a horizontal databank of smells, tastes and visuals that would be valued for any type of user, without any genetic or cultural overlays. A test for ethanol in a person’s breath is the same whether the person is Chinese, American or Spanish.

The next level would be to create a vertical databank linking smells and tastes to personal experience. For example, it would remember which perfume, cheese or wine you like, not by brand or name but by odor, and you could store that information in your phone. Cultural markers could be included, because people in one country tend to appreciate different tastes and smells from those of people in another country.

Odor, in particular, is able to conjure up memories. The databank would let you “identify moments in your life with different smells,” Dr. Mifsud says.

Imagine identifying a wine or a perfume in the same way as you might use an app to identify music. Or eating something and using a sensor to find the recipe and download it. Sensors could identify people based on their smell, too.

Alpha MOS also has patented a way to measure odor, the way decibels measure sound and meters measure distance. Someday, we might say an odor smells like a 35.

“The idea is to bring a basic measurement point to every one of us,” Dr. Mifsud says.