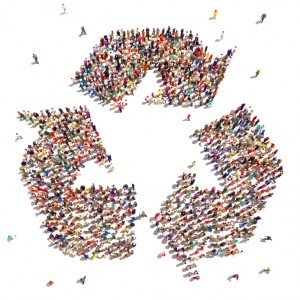 The modern economy’s cycle of production, use and disposal—also known as the churn model—is under strain. “It could continue, but without closing the loop of the circular economy it isn’t feasible,” says Manbir Sodhi, engineering professor at the University of Rhode Island in the U.S.

But the alternative supply chain—which involves repairing, recycling or disassembling as part of the circular economy—can’t match the current system’s economies of scale for creating new products. “The volumes are too widely scattered,” he says.

Instead of using cloth materials that had to be washed, the hygienic replacement was disposable products. Since then, we’ve gone to the phase where the efficiency of production makes it difficult for lasting products to compete.”

However, a new design approach might challenge this mindset. “If you want people to keep products for a longer period of time, you can try to stimulate emotional bonds to the products,” says Ruth Mugge, associate professor of consumer behavior at Delft University of Technology in the Netherlands.

“One way to do that is personalization,” she says. “If you personalize a product, you put effort into it in a way that suits your personality and your identity.” 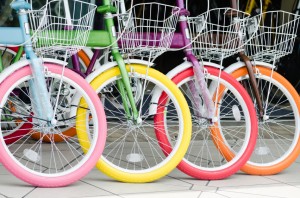 Dr. Mugge’s research compared the attitudes of cyclists who painted their bikes with those who didn’t. “If you look at the functional aspects, like whether the bike is still working properly and whether it was worth the money, both groups were equal,” she says. “If you ask whether they bonded with their bikes, those who personalized felt much more attached to the bike than the other group did.”

But customization carries risks. If consumers are entirely free to make alterations, companies risk losing control of their brands. “It’s important to give consumers some freedom, but the company is still making the big design choices,” Dr. Mugge says.

Furthermore, though often treasured for years, “bespoke products are really expensive,” says Danielle Applestone, chief executive of Other Machine Co. in San Francisco. “We have to decide we want products that last, but products that last have to be made more cheaply. If you only have $50, you can’t pay $500” regardless of how well that product meets your personal needs.

To bridge that gap, Other Machine Co. produces small-scale manufacturing tools, such as milling machines that make prototypes and customized or small-batch electronics.

“Desktop manufacturing lets you make smaller batches, Just in Time,” Dr. Applestone says. “It cuts down on waste, and you can provide customization at a price point that people can afford.”

Moreover, customers appreciate knowing a product’s origins. “It gives products a story and meaning, so people will want to keep them,” she says.

Similarly, heritage or heirloom design creates sentimental value. People tend to hold on to possessions such as watches, jewelry, paintings or furniture that tell a personal story.

“The tricky part is that while they should be able to last a long time, some you can’t keep a lifetime,” Dr. Mugge says.

One appliance maker set its own unconventional benchmark when it advertised its washing machine with a wedding dress, and a strapline suggesting that its machines could outlast the average marriage. 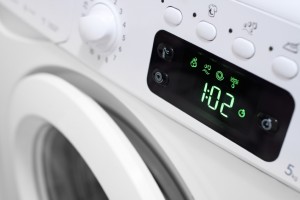 Another way to extend durability is by changing a product’s dimensions or using new materials. This might “make a product more expensive, but if it lasts longer, it will give the brand a positive image,” Dr. Mugge says.

Alternatively, manufacturers could make it easier for customers to access a product’s inner workings or simply replace the batteries. Companies might not intentionally make it hard to fix their products, but the miniaturization trend—especially in electronics—often means that consumers need specialized tools to do so, Dr. Sodhi adds.

“It’s really an issue of consumer mindset,” he says. “People don’t have time or capability to do repairs. At the same time, they have enough money to buy new things. In societies where people don’t have money, they will repair.”