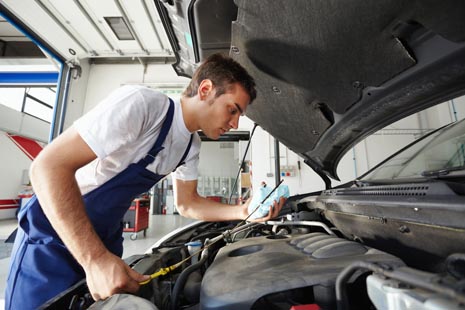 Warning:  3D geek alert.  This is a technical blog post.

For us we prefer to talk about “declarative modeling.”  Let me explain.  Since the very first V6 release, in addition to other technologies offered within the V6 platform, we’ve released a product called Live Shape, demonstrated for the first time during the ECF 2008 event.  It looks like direct modeling, nevertheless we call it declarative modeling because on top of any design we can declare specifications.  This is all about having the freedom of modeling while being able to declare specifications to capture the design intent.  In other words a free modeling approach, but with precise modeling that captures design intent.

Our product that does this is called Live Shape.  The main scope of the product is first 3D sketching.  It allows to expand the accessibility from traditional CAD users to collaborative enterprise users.  Everyone who wants to collaborate around 3D, because 3D is a universal language, is able to use this kind of product.  It’s about sketching your ideas freely.  It’s about improving the collaboration between simulation or manufacturing people and designers.  The manufacturing guys don’t know how the product was designed, and it is complex, and they need to make some modifications for their job to prepare the 3D. They can use Live Shape to do it in a very easy way.

Q2:  But is Live Shape our only direct modeling product?

Yes, because it covers the full spectrum of what we can call direct or declarative modeling.  It’s a CATIA portfolio product, but the same technology is used in our other brands too. For example, 3DLive is about collaborating in 3D – reviewing data, visually managing information in 3D.  We offer on top of 3DLive the solutions Live Shape and Live Compose to collaborate and brainstorm in 3D.

Q4:  And what about 3DVIA Shape, same kernel?

3DVIA Shape is also a direct modeling product, you’re right, but it’s not targeted at professionals.  It’s about democratizing 3D for all.  The idea is the same, being able to very easily and freely sketch your ideas with a very simple user interface.  Because declarative modeling brings the value of having very simple interfaces thanks to the underlying technology.  3DVIA Shape is for all “consumactors” and CATIA Live Shape for collaborators and creative designers who don’t know how to model in 3D, and all the enterprise collaborators that need to review and discuss using 3D.

Q5:  With Live Shape can you do complex things and access the underlying systems without going “under the hood”?

Yes you can do this thanks to the intelligence we’re putting into our direct modeling technology.  Historically some 3D CAD providers have had direct modeling technologies for years.  But at that time we couldn’t transform the direct modeling into smart modeling.  We’ve developed what I think is a breakthrough technology that does both, i.e. declarative modeling.  It does the same job you can do in classical modeling but allows you to bring more and more intelligence inside it.  So the value is clear. You can start with this declarative modeling or sketching freely, exchange, collaborate and then at any time reuse the work in dedicated sessions within other products.  And everything works well together.  So this declarative modeling product is seamlessly integrated into the whole CATIA, SIMULIA and DELMIA portfolios.  You can start with free modeling, continue with traditional modeling and the opposite.  You can start with classical modeling, give your result to a simulation or a manufacturing guy who doesn’t have the product… but can do his job as well!

Q6:  Could you let us know more about declarative modeling?

In V5 we released a product called Functional Modeling.  This represented a new approach to modeling, a next generation to 3D modeling.  When you’re using a traditional product you’re basically doing geometry.  You’re saying, ok, I’m using a sphere, I’m removing a cube off the sphere, etc., and you then sculpt your model.  We want the users to be able to focus on what you want to do and not how to do it.  Functional modeling, which we also called declarative modeling, is a unified approach that allows you to declare functional specifications.  So I want for instance a protected area.  I don’t want material there because I want to put a screw there.  In the classical approach, you’d ask the system to put a hole there.  But afterwards, it wouldn’t know this is a protected area, and nothing prevents you to fill the hole.  So functional, or declarative modeling, is about providing high level specifications, and the system manages them automatically without having to manage any specification order.  In the end it allows you to solve the complete problem and provide you the 3D.  We released this in V5 and, to sum it up, functional modeling is about shapes with high level specifications.

The main difference is that in V5 we had this idea of having high level specifications and creating 3D shape.  But these shapes were done with classical products, which are very rich ones I would say… so the user interface did not fit casual users.  They had to know how to model and to input specifications.  In V6, we are completely changing the rules of the game because we combined Live Shape and functional modeling.  So, you can freely model your 3D shape with the direct modeling technology of CATIA Live Shape, and then you are able to put on top of that functional specifications.  It combines the power of these two approaches which provides an unmatched solution with two goals: keep it simple for users and design as you think.

In V5 we had functional modeling; in V6 we added direct modeling.  You can create your shape in direct modeling and you can use it in functional modeling.  But in terms of user experience, we want to improve this.  So we want to deliver a next generation of application that brings these two ways together.  And that’s what we have done with the beta application in SwYm which was announced during the 2010 Swym Conference, it is called Live Buildings.

So there you have it!  Direct modeling Dassault Systèmes style . . .  Merci Juba!