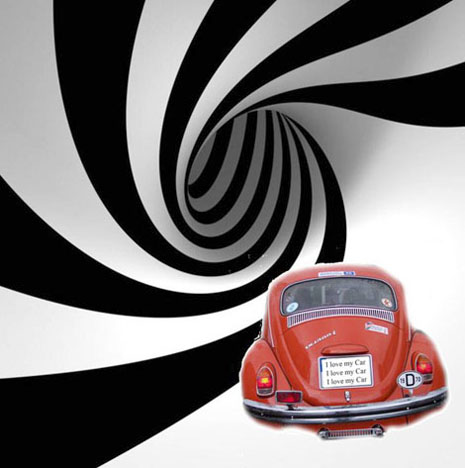 My first car was a red Volkswagen Beetle which I bought as a student with my grand-father’s budget for 3900 German Mark (equivalent of 1900 Euro).

Money was scarce those days and therefore I happily performed the generic service checks and overhauls myself using a do-it-yourself book called “How to maintain your Beetle”.

I never forget the effort and hassle it was for me changing the four spark plugs on the rear side of that Boxer engine. It was necessary that I literally dove into the engine hood (that is at the backside of the car) and over-stretched my arm in reaching the position where the plugs were found, then blindly fiddled around to set the wrench tool for unscrewing them. My whole body hurt after this services session!

Of course the engineers who developed the famous Beetle engine did not have yet 3D PLM at their hands, neither they had our partner Kineo’s Path Planning application which integrates with Dassault Systèmes’ CATIA, DELMIA and 3DVIA solutions.

So they were not yet able to digitally simulate during their design stage how assembly and service tasks can be performed, in an early stage of the product development using a 3D digital mock-up.

If they could have tested this they would have found out that the body stretch of a person servicing the spark plugs was too difficult and they probably would have redesigned their positions to make them easier to be accessed. 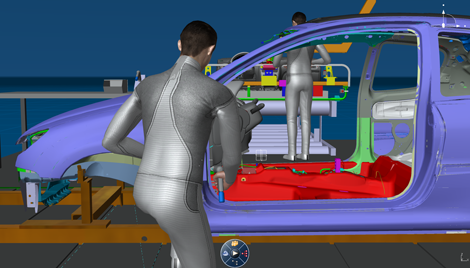 Today’s engineers have the possibility to let Kineo’s 3D intelligence do this magic on their designs, to find collision free motion paths in a 3D assembly environment under given constraints, e.g. how a human body can cope with a given geometry, also how a robot can be dimensioned and programmed to perform specific tasks.

Tests show that dynamic collision detections are performed as fast as 0.8 milliseconds on large 3D models of more than three million polygons. With this it is possible to verify a large number of design alternatives and case studies.

Kineo is a Dassault Systèmes partner since 2005 with the CAA V5 program, and has now extended this cooperation to offer their technology on the V6 platform.

One major use case is in simulating manufacturing assembly processes to forecast accessibility issues in the virtual simulation which could create costly bottlenecks in production. As a result, optimized designs and assemblies result in better manufacturability and the abilty to perform services.

Airbus is using the Kineo solution integrated with DELMIA for final assembly check for example in the A350 program (read whole story).

A second use case lies in the optimization of servicing procedures, where the Kineo application integrated in 3DVIA Composer finds the best way to assemble or disassemble parts while avoiding collisions. Watch this video that explains how this works.

What do you think of this capability? Do you like what you see?

Soon more from the wonderful world of engineering.

A scientist by education I learned to enjoy more to work with people across cultural hemispheres than in a lab. This is why partnerships and alliances has become my domain of choice. My job at DS is to help our Tech Solution Partners global ecosystem to show how they can contribute their expertise to the global PLM solution and 3D experience. Our partners are experts in their specialties which makes me learn a thing or two every day. I enjoy that too.

Latest posts by Michael (see all)