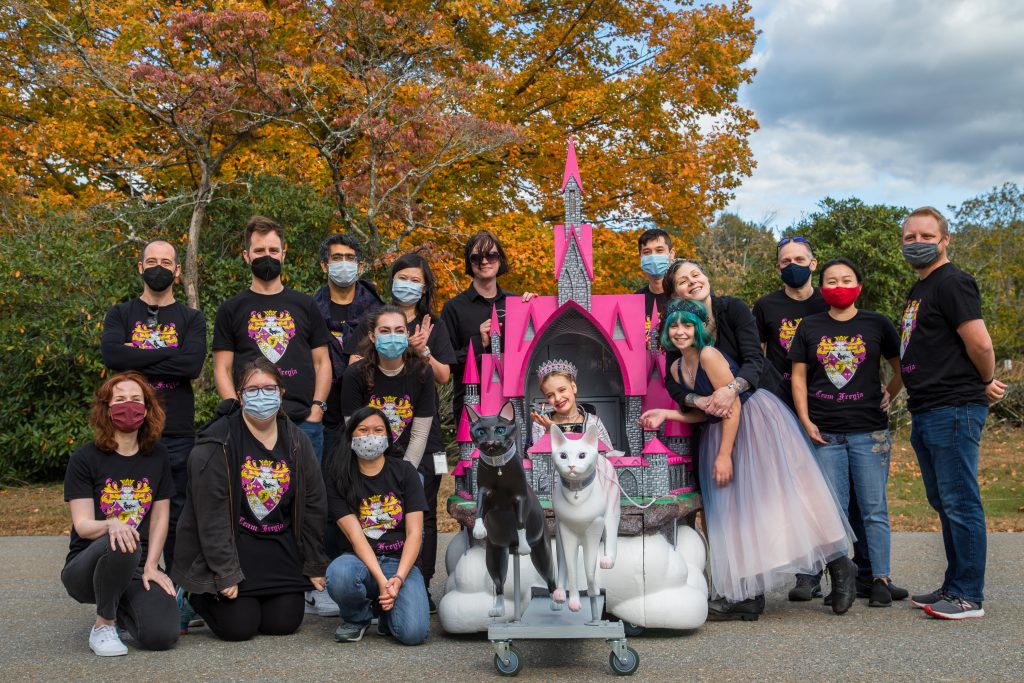 A monster truck covered in spikes. A speeding motor cycle. A fire-breathing dragon. A castle in the clouds. Bringing children’s dreams to life in the form of epic wheelchair costumes.

Yes, you could say they understood the assignment.

SOLIDWORKS, a Dassault Systèmes brand, first got involved with Magic Wheelchair in 2018. After meeting that year at the Maker Faire, Director of UX Design Chinloo Lama was inspired by Magic Wheelchair’s mission of giving every child in a wheelchair an incredible costume and spectacular day, so she worked with the SOLIDWORKS Education and User Advocacy teams to build a partnership with the organization.

Magic Wheelchair is a nonprofit with a mission to create unforgettable moments for communities by building costumes for children in wheelchairs … at no cost to their families. As an organization, Magic Wheelchair is accelerated by the 3DEXPERIENCE Lab and supported by Dassault Systèmes US Foundation. Additionally, every build team that joins Magic Wheelchair has access to free SOLIDWORKS software to support the design and build of their costumes.

Since joining forces in 2018, the SOLIDWORKS Build Team has completed three costumes, working with Massachusetts families to create unforgettable experiences for children from communities near the 3DS North American headquarters in Waltham, Mass. The projects are all funded by the 3DEXPERIENCE Lab, and all money raised in the children’s names goes right back to Magic Wheelchair to help fund the organization. 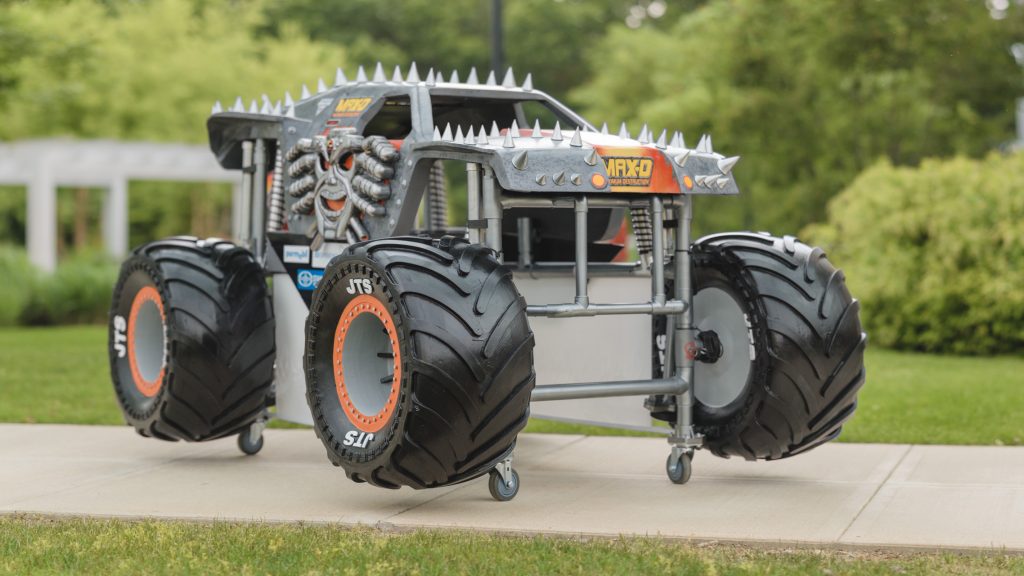 The first build was a monster truck for a boy named Jonah, a whip-smart and super-funny 11-year-old whose love of Thomas the Tank Engine had grown into a monster truck obsession. The build took about six weeks and the team presented Jonah with his monster truck at Monster Jam in June 2018. Jonah even got to be on the jumbotron at Gillette Stadium, home of the New England Patriots, when he received his costume, which was modeled after his favorite monster truck, Max-D, or Maximum Destruction.

Get more of Jonah’s story 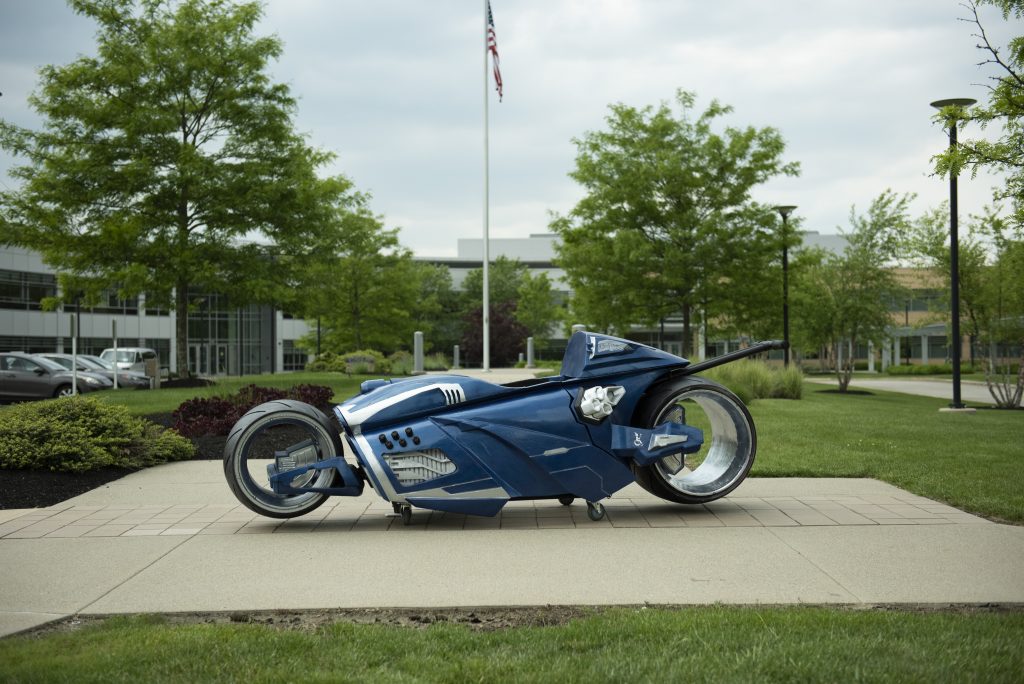 Next up was a motorcycle model for Ben, a 10-year-old boy with a bright smile and love for cars and motorcycles. The team spent eight weeks designing and building the bike costume, which incorporated design elements inspired by Indian Motorcycles and the Akira and Tron movies. By the time it was finished, the bike measured 10 feet long and a little over 3 feet wide, with running lights along the sides and wheels … not to mention the interactive dashboard and working “speedometer.” 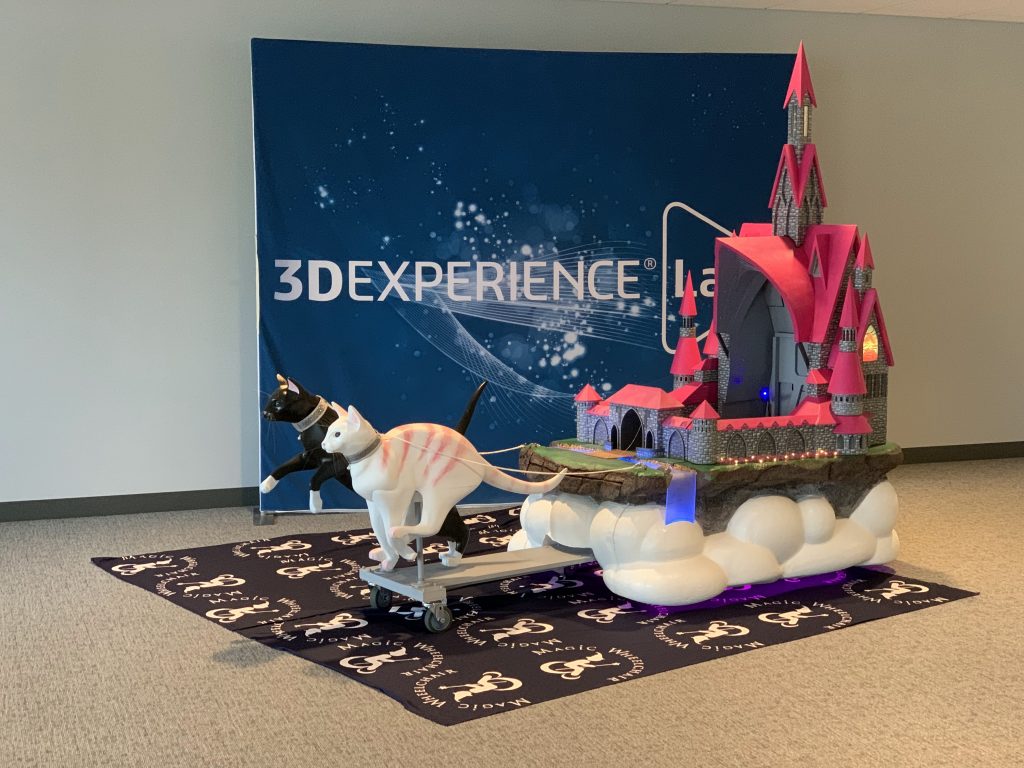 After taking 2020 off, because COVID, the team was back at it in 2021 with an incredible castle costume for a pink-haired 9-year-old they’ve taken to calling Princess Freyja. She wanted to be her own princess – not something copied from a movie – and what she got was a magical design of a castle in the clouds pulled by a couple of cats. Princess Freyja received her chair’s castle costume in late October – just in time for Halloween.

In addition to the three projects the SOLIDWORKS Build Team has completed, a couple of SOLIDWORKS Champions in the United Kingdom initiated a group build of a dragon for a lucky kiddo named George  – the first Magic Wheelchair project completed outside of 2the United States. The design is, as the kids say, fire.