Did we set some souls on fire today? Perhaps … with a bevy of impressive keynote speakers – some 70% more customer presentations than last year – at our 3DEXPERIENCE Customer Forum, being held this year at the beautiful ARIA Resort and Casino in Las Vegas.

Today’s event kicked off with an opening presentation by Bruno Latchague, Managing Director for North America, followed by a company overview given by SIMULIA CEO Scott Berkey. 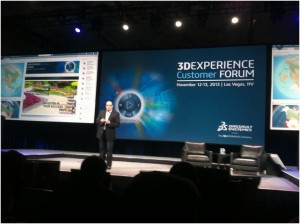 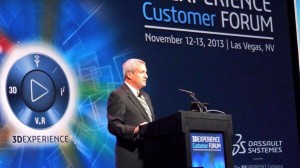 Next on stage was noted industrialist Lynn Tilton, who has made a habit of buying distressed businesses and turning them around.  In fact, she was featured in last week’s Wall Street Journal Tip of the Week video. In her inspiring speech, the Yale-trained poet stated: “I feel like I stand at the nexus of dream, reality, history and the future,” and that future hearkens to America’s past—manufacturing. “America missed a generation of manufacturing” and she’s dedicated to working hard—and innovating—to make sure that the country makes up for lost time.

Following some executive comments on her speech from Latchague and CEO and President Bernard Charlès—and a discussion of the company’s 3DEXPERIENCE platform from Monica Menghini, Executive Vice President, in charge of Industry, Marketing and Corporate Communications, Tilton’s inspiring speech naturally transitioned to Dassault Systèmes’ customers and some of their amazing innovations. 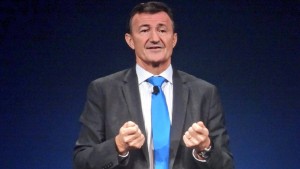 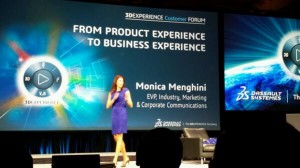 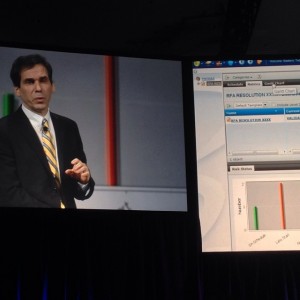 The afternoon was spent with a series of six industry-focused breakouts featuring numerous customers discussing the value of the 3DEXPERIENCE to their business. The day ended with a networking reception for employees, customers and partners.

Like The King, we’d need more than “24 hours in a day” to talk about all the great things being done by Dassault Systèmes’ customers – and we will have a second day tomorrow that will be equally exciting, highlighted by presentations from entertainer will.i.am (addressing the audience via Skype) and Enrique Legaspi, the chief of staff for his i.am.angel foundation.

To follow the event in real-time on Twitter, search for hashtag #3DXforum, or visit our 3DXforum live dashboard. It continues through Wednesday evening.