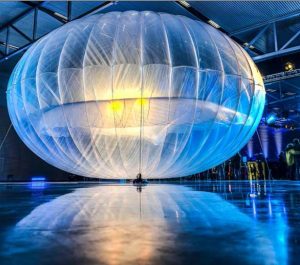 According to a recent study by the World Bank, only 19.2% of the people in sub-Saharan Africa and 16.6% of residents of South Asia have internet access, compared with nearly 80% of those in Europe. This dramatic gap is often referred to as the “Digital Divide,” putting developing countries at a distinct disadvantage for economic growth, social mobility and citizen engagement.

Now, however, thanks to advances in technology and the efforts of entrepreneurial risk takers, a number of firms are racing to launch advanced satellite systems that promise to bring broadband internet access – even multichannel video streaming – to parts of the world that still lack such basics as around-the-clock electricity and landline telephones.

A article in the most recent issue of Compass magazine explores several different projects that aim to bridge the digital divide.  These include including OneWeb which plans to ring the Earth with a chain of 648 small satellites that can transmit to simple terminals anywhere on the planet and CMMB Vision, which aims to provide audio, video and internet services at little or no cost in China, India and the Southeast Asia countries.  It also covers Facebook CEO Mark Zuckerberg’s Internet.org initiative and Google’s Project Loon.  What will such projects mean for citizens, business and government if Internet access becomes more widespread? Come discover more about these innovative projects that aim to provide digital access to every corner of the world.