Food has its fashions, with form and function battling for dominance. Convenience, low-calorie, locavores, organic, functional food, indulgent excesses…what’s next?

Personalized nutrition, nutrition density, immediacy and alternative proteins are some of the key words for the future. 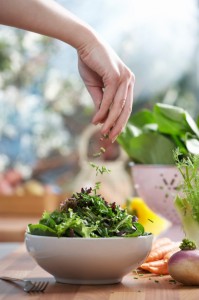 We’re going to see even more diversity of choices, as well as products aimed at specific population groups, says Gerhard Rechkemmer, president of the Max Rubner Institut, a food and nutrition research organization in Karlsruhe, Germany.

In the future, that will go into what we call personalized nutrition,” he says. “You will have the genetic or metabolic design of a person and provide food for their needs.”

The microbiome—the bacteria in the gut—is even more genetically diverse than the genes in our own bodies. These bacteria “have a metabolism as we do, but it’s something we don’t much understand yet,” says Peter Weber, a medical doctor and nutritionist in Kaiseraugst, Switzerland. “In the future, we will understand better how the different systems in the body interact.”

While the outlines of a prudent diet are known, new research results in adjustments to details like recommended daily requirements for various nutrients. That’s likely to go further, with adjustments based on individuals’ genetic makeup.

Two rapid changes are affecting our relationship with food that will make nutrition density a key trend in the future. First, our lifestyle has become much more sedentary, even within the past few decades. Second, we are living much longer.

In both cases, we are eating more calories than we need. The result is the explosion in obesity—a 28% increase in adults and 47% increase in children in the past 33 years, with the number of overweight and obese people hitting 2.1 billion in 2013, according to the Global Burden of Disease Study 2013, published in The Lancet.

Yet even though we’re eating too much, we aren’t getting the nutrition we need. “When we talk about nutritional challenges, we typically start off with developing countries because that’s so obvious,” Dr. Weber says. “But in affluent societies we also have micronutrient inadequacies.”

On a global level, about 37% of people have insufficient vitamin D serum levels and only 12% are within the desired range, Dr. Weber says, adding that about 90% of Americans aren’t getting enough vitamin E. The World Health Organization estimates 250 million preschool children lack enough vitamin A, which puts them at risk of blindness.

As people age, their bodies absorb less of the micronutrients in food. The challenge in the future is “how we can make appropriate food which is micronutrient dense, with not too much energy and which tastes good,” Dr. Weber says.

Snacking in the U.S. represents half of all “eating occasions.” While people say they are looking for something healthy for more than half of those snacks, “planning is hard. People are time-stressed. Their lives are hectic,” says Laurie Demeritt, chief executive of The Hartman Group, a food research and consulting firm in Bellevue, Washington.

People prefer to make decisions about food close to the eating occasion, to choose based on their mood at the moment. “They don’t like to plan. They eat on a whim. It changes how we view food,” she says.

As a result, retail formats are adapting to serve people who want to buy something to eat at the last minute, by serving freshly prepared offerings. Food-service operators also are making it possible for people to call in an order that they can run in to pick up. It’s a trend that’s likely to grow.

Twenty or 30 years ago, there were certain places where you could buy food,” Ms. Demeritt says. “Now there are more options for food procurement, and not so much pressure for planning.”

Even though 60% of millennials say they enjoy cooking, they aren’t talking about cooking from scratch, she says. “They want to get a sauce that’s prepared, but they’ll choose the vegetables, for example. They’re looking for the manufacturer to be the sous-chef and still let them have choice and creativity.”

As the world population climbs toward an expected peak of nine billion, there’s a question of how people will get enough to eat, especially as people who enter the middle class in developing countries tend to adopt the same kind of meat-heavy, processed diets common to affluent societies.

When the Chinese began to drink more milk, it had an impact on the global milk supply,” Dr. Weber says. “If we have three billion more people to feed in the future, from where should we provide protein? From even better farming? From plants? From artificial proteins that you grow in a lab? These are opportunities and challenges.”

Protein ties into the aging of society as well, because older people need to consume more protein to deal with muscle wasting. 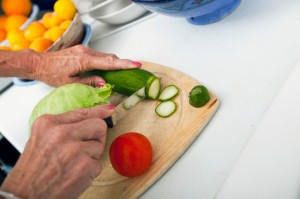 However, in Europe and the U.S., vegetarian and vegan diets are becoming more popular, says Dr. Rechkemmer of the Max Rubner Institut. India shows that “a vegetarian diet supplies sufficient protein if you have products available. It remains to be seen whether that trend will continue.”

However, in Europe and the U.S., vegetarian and vegan diets are becoming more popular, says Dr. Rechkemmer of the Max Rubner Institut. India shows that “a vegetarian diet supplies sufficient protein if you have products available. It remains to be seen whether that trend will continue.”