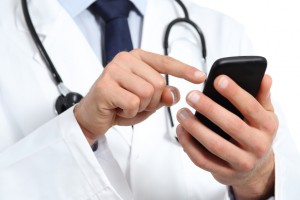 One day, your phone might detect that you have cancer and alert your doctor. It’s among the new diagnostics being developed to spot health problems faster.

Cancer cells, bacteria and certain non-infectious diseases give off volatile organic compounds which the blood eventually transports to our lungs to be expelled into the atmosphere, explains Hossam Haick, professor at Haifa’s Israel Institute of Technology. He is part of a team developing a handheld device with gold nanoparticle sensors that can detect volatile organic compounds in breath samples.

Each disease has a unique breath print, he says. The team’s sensors can detect 23 diseases, including cancers of the lung, breast, ovaries, head and neck, lung, stomach, kidney and prostate, as well as pulmonary hypertension, tuberculosis, and even Parkinson’s disease and Alzheimer’s disease.

Cancer “exists in humans for five to 15 years before we start to see its effects,” Dr. Haick says. 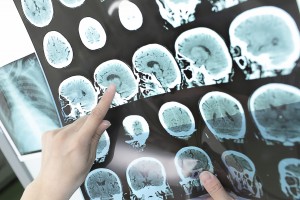 ut only a biopsy (i.e surgery) can determine if they are malignant—and 96% are not, Dr. Haick says. The sensors can distinguish between benign and malignant cancer, thus reducing the need for biopsies.
Dr. Haick hopes to produce a handheld device for around $800, affordable for clinical doctors. He’s also working with a European consortium to integrate the device into smart phones. “When we speak on the phone we exhale a lot of breath, and we can use that to monitor disease,” Dr. Haick says. The phone would alert the owner’s doctor, who would decide how to manage the results.

Similarly, a team at the Mayo Clinic in Rochester, Minn., is working on a noninvasive screening for several cancers simultaneously, by detecting DNA markers in a blood or stool sample.

While cancer lurks for years, infections can become serious in hours. On TV dramas, doctors examine samples under microscopes and find the solution in minutes. In reality, samples are sent to a lab where they are cultured—which can involve growing bacteria or viruses for six to 24 hours—or undergo polymerase chain reaction (PCR), a complex process that takes about six hours.

Emergency room patients with an infection can’t wait that long, so doctors immediately administer a range of antibiotics. But overuse of antibiotics has led to resistance, and in any case the drugs don’t work on viruses.

Jeong-Yeol Yoon, professor of agricultural and biosystems engineering and biomedical engineering at the University of Arizona in Tucson, has found “a whole new way of doing PCR” utilizing interfacial effects, that’s cheaper, easier and much faster—the whole process takes less than 10 minutes.

Normally, PCR identifies the pathogen by looking at the DNA in the sample. The DNA is first extracted and purified, which can take three or four hours. The amount of DNA is tiny, so it’s amplified by an enzyme and heated and cooled repeatedly. Each cycle doubles the DNA, so “if you repeat the cycle 30 times you’ll have about a million copies, theoretically,” Dr. Yoon explains. 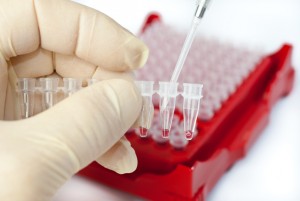 Regular PCR requires expensive equipment and trained lab personnel. But Dr. Yoon hopes to make a fully automated DOTS qPCR device for under $1,000, so it can be used in poorer countries where diseases such as Ebola, MERS, SARS and bird flu require speedy quarantines to prevent epidemics.

Genetics play a key part in other new early diagnostics methods. For example, Stanford University researchers have identified a pattern of gene activity that could lead to a quick blood test for sepsis, which kills 750,000 people annually in the U.S. alone. Meanwhile, a University of Utah team has found DNA anomalies that predict how an ovarian-cancer patient will respond to platinum-based chemotherapy. And scientists at the University of Toronto are using next-generation sequencing to match a sample against a database of thousands of bacteria and viruses, eliminating the need to test one by one.