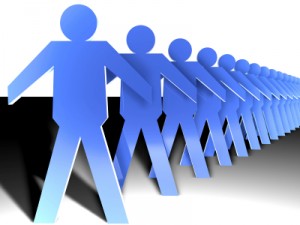 Years ago, I took the Myers-Briggs assessment test, which (as many of you know) evaluates your personality type. Somehow my assessment went wrong, and instead of the normal four letter assessment (i.e. “ENFP”), my assessment read: “3D”???

I have worked in 3D my entire career and have a hard time understanding anyone who would choose working in 2D over 3D. However, I realize that most designers and artists still prefer working in 2D. I’m assuming most reading this blog are “3D types” though.

At a previous employer, years ago, I worked closely with a 2D artist. He was exceptional, and I was amazed at what he could produce in Adobe Photoshop. When he needed content from me, he would always ask me to produce 2D images of my 3D models, which were never correct the first time, and had to be redone. I was always trying to show him the advantages of learning 3D himself, but he wanted none of it.

I often speak with many 2D artists and designers who will admit they are intimated by 3D, and that they would rather fake 2D to resemble 3D instead of working in 3D.

Most designers and artists still prefer working in 2D.

In a recent post, I discussed how I believe 3D will be easier to understand for the next generation, and more will be willing to work in 3D. Part of what we do here at 3DVIA, is to bridge that gap between 2D and 3D content creators (3DVIA Composer, 3DVIA Shape, etc.). Years ago, 3D was too difficult and too expensive for many 2D designers to even try. Today, I believe that is changing.

Last week we introduced 3DVIA for Adobe Photoshop, a plugin for Photoshop users to easily import 3D models from 3DVIA.com. I also created a video showing three examples of how using 3D is much quicker than 2D, even in Photoshop!

So, let’s reach out to those intimidated by 3D, and show them how simple is can be, and the benefits of using 3D. And maybe, just maybe, next time they will have a split (2D-3D) personality.