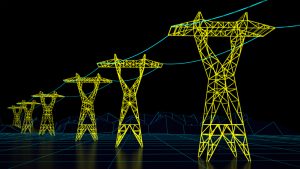 Energy storage for the electric grid is taking off as the technology improves and battery prices fall. The global capacity of storage connected to the grid is expected to grow to 15-fold to 21 gigawatt hours this year, compared with 2015.

Energy storage can take many forms: freezing ice, then using a fan to blow over it and cool a building, replacing air conditioning; melting salt, then splashing water on it to create steam that powers a turbine; compressing air or other substances; pumping water up a hill behind a hydroelectric dam; flywheels; rechargeable flow batteries that use liquids; and solid-state batteries.

“There are so many ways to store energy. All are viable in their own way. All have applications and scale that they are suited for,” says Matt Roberts, executive director of the Energy Storage Association, a Washington, D.C.-based industry group. “The lion’s share being installed today is lithium-ion batteries.” 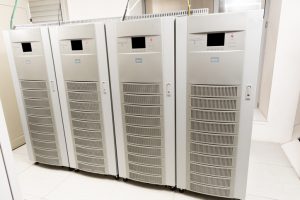 Industrial sites may use energy storage, often in the form of batteries, in order to reduce their peak power demand and cut their electricity bill by two-thirds to three-quarters, he says.

Most storage, though, is for controlling the frequency on the grid—60 Hertz in North America and 50 Hz elsewhere, which is achieved when supply and demand for electricity are in sync. If there is too much supply, substation transformers may be damaged; too much demand can cause brownouts.

Traditionally, the fluctuations in supply and demand have been smoothed out by peaking power plants, often fueled by natural gas. However, they may take three to five minutes to react, Mr. Roberts says. “In that time, the entire thing could swing in the other direction. Using a natural-gas plant for frequency control is like using a club for a surgical procedure.”

By contrast, battery storage can react in 100 milliseconds or less, says Andreas Ulbig, research associate at the Power Systems Lab of the Swiss Federal Institute of Technology Zurich (ETHZ) and co-founder of Adaptricity, a Zurich start-up that simulates active distribution grids. “Batteries are able to fill the gap with rapid response for balancing out renewables or reacting to any change in grid operations.”

In Europe, ancillary services—regulating frequency—from conventional sources and batteries get paid the same, he says. But in the U.S., the PJM Interconnection, which coordinates wholesale electricity in 13 Midwestern and mid-Atlantic states, pays battery owners a bonus for providing frequency control because they are so much faster, and therefore higher quality.

Under the PJM system, “a gas-powered plant chasing the grid signal can run at 99.9% efficiency 100% of the time,” Mr. Roberts says. “It means more profits, a better emissions profile, and less wasted energy on the grid.”

However, “most modeling systems are based on outdated asset class systems”—electricity generators such as power plants and photovoltaic arrays—Mr. Roberts says. “An energy storage system doesn’t generate electricity, but when it pushes energy onto the grid it looks like a provider. But it can also look like it’s absorbing energy. Current simulation systems aren’t sophisticated enough. They still model for the power plant spoke-and-hub model of the 1970s.” 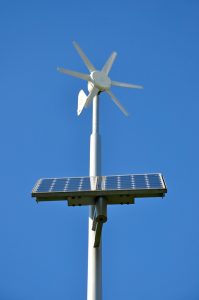 Models and simulations are improving. ETHZ and Adaptricity have created algorithms that allow battery owners to provide ancillary services that use less battery energy capacity while providing the same control services, Dr. Ulbig says. “It shows that smaller batteries can provide the same ancillary services as those with higher energy capacity.” Energy capacity is the biggest factor in the cost of batteries, so being able to get the same results with smaller batteries can cut costs significantly.

The importance of energy storage is set to grow as renewables make up a bigger share of the energy mix. The way that conventional power plants generate electricity, with gigantic rotating masses, creates slower deviations in frequency. With more renewables on the grid, “changes in grid frequency may happen faster. So it will be particularly useful to have faster frequency control,” Dr. Ulbig says.

Energy storage is set to grow, because it can “create a grid that integrates renewables, is flexible and resilient,” Mr. Roberts says. “It’s more cost effective and valuable.”