Congratulations to the United States 4-Man Bobsled team who won the Bronze Medal at the 2014 Winter Olympics with a sled, NightTrain II, that was designed using Dassault Systemes’ SolidWorks. The Bo-Dyn Bobsled company founded by engineer Bob Cuneo and NASCAR legend Geoff Bodine turned to SolidWorks to help them build a sled that was ready for the challenging course in Sochi.

In an interview with Fast Company, Bodine spoke about the how “technical” the track was:

“All the corners are difficult.” In particular, there is a section of the track where a series of corners lead to a stretch of track that goes uphill. All of which makes it especially important to build a bobsled that is highly navigable, since to come off those corners with any lost momentum can impair the team’s ability to plow through that uphill stretch. “That’s where they can lose those thousandths of a second.” 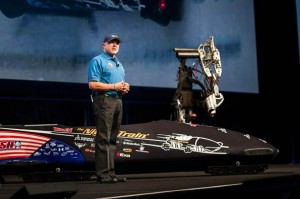 The challenge, according to Bodine, was to find a way design a winning sled for Sochi without building multiple prototypes.

“We knew we needed an accurate and precise 3D design that could give us a realistic and cost-effective way to test and tweak Night Train 2® prototypes. The solution was SOLIDWORKS. SOLIDWORKS helped us design using a lighter material and creating multiple 3D prototypes of the bobsled on the computer so we could get it just the way we wanted it before we began building and manufacturing it.

SOLIDWORKS was incredible for allowing us to experiment with the weight of the sled and how that impacts the handling of the bobsled. You win in these races by a very small amount of time and the key to winning is very small changes in design. SOLIDWORKS lets us quickly make those crucial changes.”

Bodine and Cuneo took the stage at SolidWorks World in San Diego last month to discuss how SolidWorks assisted them and brought along some taped messages from the team headed by Steve Holcomb. 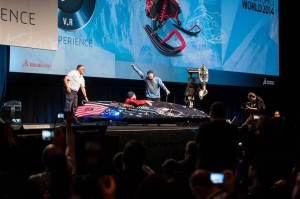 Watch coverage of the story by 7news: 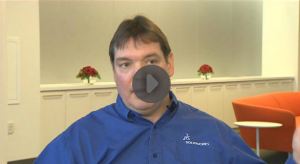 This is not the first time Dassault Systemes’ 3DExperience been used to create high-speed vehicles; we’ve helped our customers break land speed records, race in Formula One, follow the Sun across Australia and round the track in NASCAR. 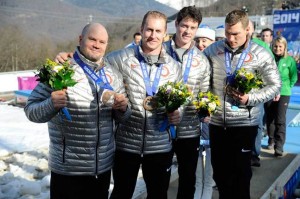