For the past 15,000 years or so, shoes have been kept firmly underfoot. Now, they are getting smart—in numerous ways. 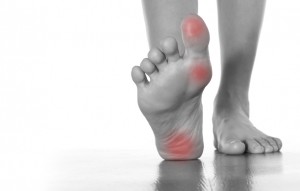 Running the numbers: The soles of our feet are logical places to collect a range of information, especially about how we walk. Previously, such data—known as gait analytics—could be obtained only in a lab. But in just the past two years, microprocessors have become more powerful and cheaper, making it possible to place advanced sensors inside shoes.

“We feel at some point in time we’re all going to have sensors in our footwear,” says Quin Sandler, chief executive of Plantiga, a footwear technology company in San Francisco and Vancouver.

Plantiga’s first product, not yet on the market, is a razor-thin insert that goes under the shoe’s insole and contains a sensor array to collect gait data and transmit it to a smartphone.

Such sensors have many applications. In sports, they could provide insight into performance, fatigue or energy levels. In health care, sensors could help assess balance or patient recovery. In business, sensors could alert flagging workers to the risk of injury, Mr. Sandler says. 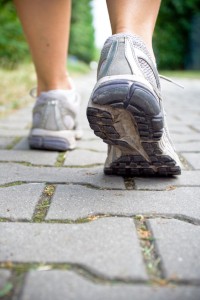 The Fraunhofer Institute for Photonic Microsystems in Dresden, Germany, is also developing a running shoe that can measure biomechanical data and warn runners, via their smartphone in real time, of incorrect foot position or overload.

Sure-footed: Other technological advances in shoe soles aim to reduce the number of slips and falls. These are the second biggest cause of accidental injury deaths worldwide. In the U.S. the direct medical costs of falls among the elderly was $34 billion in 2013.

To reduce such accidents, scientists at the Toronto Rehabilitation Institute are embedding glass fibers in a rubbery material to give soles a better grip on slippery surfaces. Meanwhile, researchers at the National Taiwan University of Science and Technology have found that soles gain most traction when their tread grooves are perpendicular to the walking direction.

Shock absorbers: The marvels of high-tech footwear engineering also include athletic footwear and high-fashion cantilevered heel-less shoes. Plantiga, for example, is designing working shoes that hold the foot in a micro-suspension system.

“The goal is to make an advanced piece of footwear that would change the impact into the body,” Plantiga’s Mr. Sandler says.

Like a car whose chassis stays parallel to the ground when its tires meet bumps or potholes, Plantiga’s suspension system would protect the wearer’s foot when the shoe hits the ground.

A spring in your step: A wearable boot-like robot, or exoskeleton, can reduce the amount of energy expended in walking by 7%, without adding external power. 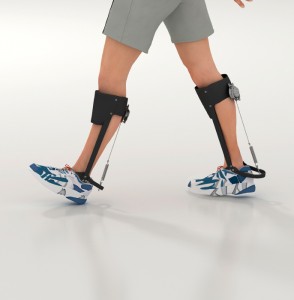 eople are very efficient, capable walkers,” says Steven Collins, a mechanical engineer and roboticist from Carnegie Mellon University. Many people hypothesized it wouldn’t be possible to improve on walking economy without a synthetic energy source. You might say we beat evolution.”

The exoskeleton consists of a lightweight, carbon-fiber frame that clamps onto the calf and around the shoe. A cable runs from the heel to the back of the knee, where a mechanical clutch engages with each step, locking the cable. When the toe touches the ground, the spring stretches and produces torque around the ankle joint. When the foot leaves the ground, the clutch releases.

The device assumes some of the work done by the Achilles tendon and calf muscles but without consuming energy, making the wearer suddenly feel some 4.5 kilograms (10 lb.) lighter. The equipment has many benefits, including helping the disabled, assisting with stroke recovery, and reducing fatigue for workers—such as soldiers, nurses or postal carriers—whose jobs involve extensive walking.

“We want to help people with disabilities to walk more easily,” Dr. Collins says. “But this is part of a bigger trend toward wearing computers and robots on your body. There are older technologies that we use all the time that we don’t think of as augmentation: eyeglasses, contact lenses, hearing aids, pacemakers. When the technology gets to a point where it’s worth the cost and worth looking a little bit different because you have a shiny carbon-fiber thing on your leg, then I think gadgets like this one will be widely used.”