Wouldn’t it be nice to have a crystal ball to warn us when the next crisis will happen? 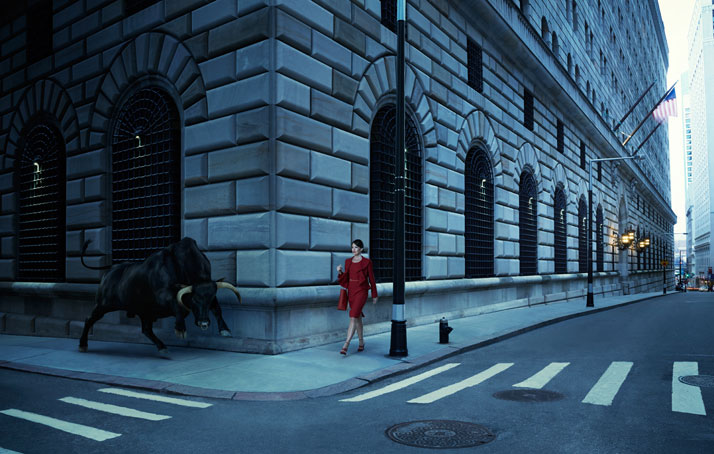 While it isn’t a crystal ball, Swiss university ETH Zurich has developed a scientific platform to predict when bubbles develop. Didier Sornette, professor of entrepreneurial risks at ETH Zurich, created the university’s Financial Crisis Observatory in 2008 as a reaction to the global financial crisis.

I became very angry about what I read that predicting such a crisis wasn’t possible,” he says. “We knew a crisis was coming. We knew this impression of great wealth and mastering of the economy was an illusion.”

Dr. Sornette notes that he doesn’t predict the crash. “We diagnose the bubble before the end, when a crash confirms it existed,” he says.

Normal up-and-down cycles aren’t the same as the booms and busts of bubbles. The existence—or nonexistence—of bubbles ends up in arguments about what is normal vs. abnormal, compared with history, price-equity ratios or an excessive growth rate of the stock market.

What should the normal growth rate be: 5%, 15%, 20%? What could justify that last year the return was 20%? Was it irrational or was it new technology?” Dr. Sornette says. “People find reasons that justify the observed price.”

The bubble is when rate of return accelerates,” he says. “It’s a positive feedback loop. In normal circumstances, the higher the price, the lower the demand. In a bubble, the higher the price, the larger the demand and therefore there’s a larger subsequent growth rate. It’s due to a crowd effect, or herding, because it’s so tempting to imitate the others and to run after the bonanza of the time.”

By coming up with a scientific model with verifiable metrics, Dr. Sornette hopes the resulting evidence will help the “is-it-a-bubble-or-not” debate move from being philosophical or political to being scientific. Similarly, it wasn’t until the existence of the ozone hole was scientifically proven that an international agreement to ban chlorofluorocarbons was adopted.

William White, who was a member of the executive committee of the Bank for International Settlements, and some of his BIS colleagues warned that a crisis was about to hit in 2007.

It seems what we have to focus on is the systemic fragilities that are building up in the economy, as opposed to looking for any trigger point,” he says. “My way of looking at it is increasingly to see the economy as a complex adaptive system. It shares the characteristics of other complex adaptive systems: we know they are inherently vulnerable to crises and that crises occur on regular basis, though the literature says big crises come infrequently but little crises come frequently. In something as complex as the international financial system, things are going to go wrong.”

Cyclical downturns are “events that clear out the system,” he says. “We probably have had 25 years of too little tolerance for downturns. Every time one threatened or happened, we just threw huge amounts of monetary intervention and expansion at it.” 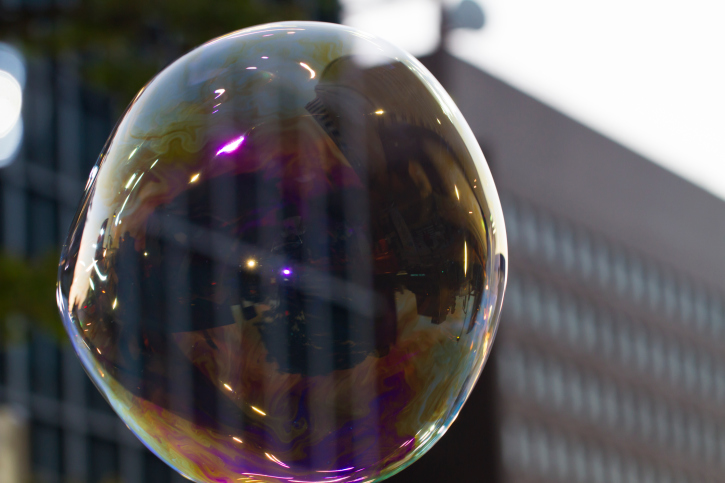 The longer bubbles persist and the larger they are, the more likely they are to spread into other sectors. “It’s because of the wealth effect,” Dr. Sornette says. “During a bubble everybody feels rich.”

This makes it hard to stop bubbles. People love them while they’re inflating, and policy makers don’t want to declare an end to the party. One goal of scientifically declaring the existence of a bubble is to force the hand of policy makers to take actions that will deflate or plateau the bubble before it expands to the point of triggering a big, messy crisis.

Financial crises are particularly difficult because the fears of sudden failures can turn into a sort of reverse bubble, with losses feeding new losses. In addition, “a bank that is in bad shape finds it difficult to raise new equity and so is reluctant to make loans, which hurts the real economy,” says Paul Klemperer, economics professor at Oxford University in the U.K.

To remedy this, contingent convertible bonds were designed so that, when things go bad for a bank, they turn into shares or equity. The question is, “‘when does the conversion happen?’ In practice, when regulators say so,” Dr. Klemperer says. “Can we trust regulators to say so in time? We need these bonds to convert automatically, so regulators have to take action to stop conversion, not start it.”

He and co-authors Jeremy Bulow, professor of economics at Stanford University, and Jacob Goldfield, a former senior partner at Goldman Sachs, have proposed a new form of hybrid capital for banks, equity recourse notes, which automatically convert debt into equity when a bank loses market capitalization.

For Dr. Sornette, diagnosing bubbles with scientific metrics is another way to automatically help regulators and policy makers act: “They will do the right thing, if they’re forced to by the scientific evidence.”