‘Every great advance in science has issued from audacity of imagination’ – John Dewey.

Nowadays, mankind tackles new challenges within the R&D industry. One of the leading places is hold by particle physics and its ambitious project to explain phenomena of the material universe and its origins.

The European Organization for Nuclear Research is the place where people started the quest to find this explanation by constructing the Large Hadron Collider, including its large scale detectors called ATLAS and CMS (ATLAS is 45m long, 25m high, it weighs about 7,000 tons which is almost the Eiffel Tower weigh!). It required high engineering excellence in different areas, but as a major in 3D design, I want to talk about the assembly parts.

The ATLAS collaboration gathered 169 partner institutes from 37 countries with over 3,000 physicists and engineers. Quite a lot of people huh? 🙂 Everything started by developing 3D assembly of the detector which took 10 years and consisted in 10,000,000 sub-assemblies and parts.

3D visualization made a huge impact in calculation of heat transfer for cooling, simulation of stress and dynamical 3D modeling of installation (which in reality is one of the main concerns for engineers). How to place large and complex assemblies below 100m with 50mm clearance?

To give you an idea, the video below shows you a simulation of a 220 tones End Cap Torroid installation. In reality, lifting down such a heavy baby needs a special approach, like stopping it every five meters in order to reduce and avoid its swinging, which could cause significant damage to the surrounding assemblies.

This is a new field of engineering activity, called nuclear engineering, and it has no major ties with the traditional auto, aerospace or ship building industries. Basic difference is, in nuclear engineering, there are no standards. Thus, 3D design plays a major role as assembly or installation process is unique and based on ‘know – how’.

Does it make you feel dizzy? ^^ 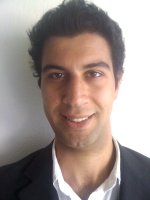 Latest posts by Nikoloz (see all)