The American Association of University Women (AAUW) found in a study released last year that Just 12% of engineers are women, and the number of women in computing has fallen from 35% in 1990 to just 26%. This decline is significant because of the increasing demand for STEM works. According to AAUW CEO Linda D. Hallman, CAE, “by 2022, the United States will need 1.7 million more engineers and computing professionals. Women — who make up more than half the population — are still significantly underrepresented in these fields.”

One way to accelerate the entrance of young women and girls into STEM fields is to highlight the women who have already contributed to and achieved greatness in STEM. Thankfully there are several new books out or coming soon that look at the sometimes little know women who helped shaped our modern world. Here’s a look at five.

Hidden Figures: The American Dream and the Untold Story of the Black Women Mathematicians Who Helped Win the Space Race 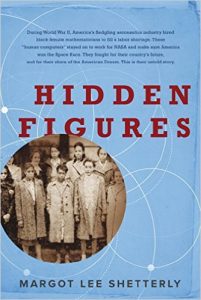 There have been so many books and movies on the United States Space program (The Right Stuff and Apollo 13 come to mind) but there is one story that hasn’t yet been told until know. Hidden Figures tells the story of black females mathematicians who worked at NASA during its formative years. The book has already been optioned for a movie and that will arrive in January. You can watch the trailer for the film which stars Oscar winners Octavia Spencer and Kevin Costner here. The book is due out September 6

Rise of the Rocket Girls: The Women Who Propelled Us, from Missiles to the Moon to Mars 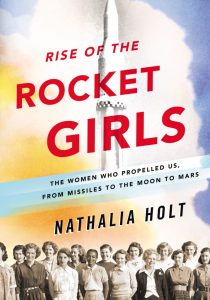 Before NASA there was the Jet Propulsion Laboratory which designed the missiles and rockets that would enable space travel. This books looks at the women, known as “human computers”, who helped lay the ground work for the Space Age. The book was released in April. 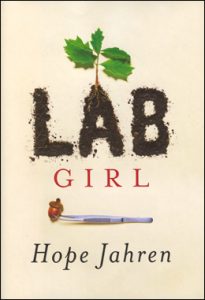 Moving from women who reached for the sky to a woman very connected to earth is a memoir by influential geobiologist Hope Jahren, one of TIME magazine’s “100 Most Influential People.  The world of plants and her passion for them is interwoven with her own compelling personal story.  The New York Times called the book “a thrilling account of her discovery of her vocation and a gifted teacher’s road map to the secret lives of plants.”  The book is available now. More here. 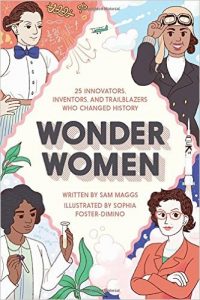 Did you know a woman named Maria Sibylla Merian planned and embarked on the world’s first scientific expedition? And that the first computer program was invented by Ada Lovelace, also a woman? The tales of 25 women of scientists that changed history are highlighted in Wonder Women out October 18. More here.

Women in Science: 50 Fearless Pioneers Who Changed the World 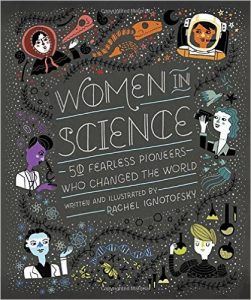 Here is a book that is perfect for the late elementary middle school age potential STEM pioneers. Traveling a more expansive path than the previous entry, this book features 50 women of Science. With beautiful illustrations and a quick facts and info style it invites readers of all skills (and ages!).  The book is available now. More here.

Do you have any books you recommend on this topic?

Suzanne is the lead communications person for Dassault Systemes in North America working out of Waltham, Mass. A Boston native, she's spent most of her career in B2B technology with an occasional foray into B2C. She really likes Wonder Woman.