By any measure—design, function, operation—it would be impossible to overstate the importance of today’s aircraft antennae, since they are the only link an aircraft has to its outside environment.

The Aircraft Owners and Pilots Association describes these discrete but indispensable pieces of equipment as being among the most overlooked parts of an aircraft’s avionics system—ironic, since antennae are crucial to nearly all flight systems, from communications with air traffic control while flying through highly congested airspace, to downloading diagnostic information from onboard sensors, to maintaining the correct heading while cruising over the ocean thousands of miles from land, to detecting hostile aircraft in military operations. They’re also a vital element in receiving and broadcasting data from passengers’ own digital devices. 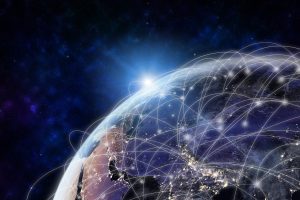 Their size, purpose and placement on an aircraft are generally determined by their directional qualities and the radio frequencies at which they operate. As it turns out, the volume of data broadcast and received via antennae is growing dramatically, and the more microwave and radio frequency (RF) systems that adorn an aircraft the more potential for interference.

For example, seams around aircraft panels and doors can allow electromagnetic fields to pass through them or cause resonances that re-radiate fields that could lead to interference problems, and the invisible nature of radio waves can make the task of identifying the source of interference difficult. Then there are the technical issues tied to the increased use of composite materials in place of traditional metals; they have unusual electrical properties determined by the exact arrangement of their individual carbon fibers.

It should come as no surprise, therefore, that the design and optimum placement of antennae is critical to their reliable performance, not to mention aviation safety. Moreover, adherence to strict functional and safety regulations set by aviation authorities is basic to achieving aircraft certification.

Exacerbating an original equipment manufacturer’s challenge of where to position antennas is that most components are supplied by multiple outside contractors who in turn must source components from their own vendors. Fundamental to integrating all of these parts to produce a perfectly operating product is a reliable, secure way for all team members to collaborate seamlessly while maintaining careful control over commercially sensitive intellectual property, or in the case of military aircraft antennas, classified information.

As with any complex piece of hardware under development, engineering problems identified late in the testing phase can be expensive to fix, may require significant redesign, and could even delay an entire aircraft development program to fall behind schedule and over budget. 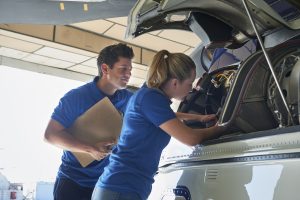 Simulation yields far more information than from measurements alone. For example, full 3D results show the complete radiation patterns of antennas in all directions and reveal exactly how fields and currents propagate around and through the aircraft.

Modeling and simulation can be accomplished using any one of a variety of software platforms, but the best engineering approach is to select one which offers an integrated solution for every stage of product development. In this way, an OEM can be sure of fulfilling quality requirements at each step and providing engineers with access to accurate and validated simulation results early to verify that all certification standards have been met.

Rather than “re-inventing the wheel,” engineers have the option of researching a library of antenna types, fully documented and tagged according to their design and application, for the application they have in mind. Once a suitable candidate is found, users can import the antenna model or its measured near-field or radiation pattern into the aircraft body to model and simulate whether the equipment works as intended when attached to the airframe. In addition, engineers must also determine how the different radio systems interact with one another, requiring full product simulation. And since the placement of antennas will affect airflow around the aircraft, aerodynamic and electromagnetic simulation will be equally useful for considering possible tradeoffs.

In the final stages of development, components sourced from many different suppliers are assembled into a single system for simulation. When sharing data with all team members, sensitive parts can be hidden using encrypted “black-box” models that capture the behavior of components without revealing their structure. Data from other simulations and various field measurements also can be incorporated.

Aerospace industry professionals occasionally quip that an aircraft in flight is actually millions of components flying in formation. Of all those parts, antennas are among the most flight-critical and whose placement are as important as their design. The use of simulation in the design process may be the best tool for determining where they should be positioned, allowing their performance to be analyzed early, reducing the number of physical tests required and the risk of discovering performance issues late in development.

and how Electromagnetic Simulation can reduce time and cost for antenna design.