It was exciting to once again attend the North American International Auto Show, better known as the Detroit Auto Show. I can honestly say that the energy on the show floor was the highest I have ever experienced during all my years in the automotive industry. This year was quite unique as the Consumer Electronics Show (CES), held just a week before in Las Vegas, clearly raised the level of innovation and design focused around connected and autonomous cars and how these will transform tomorrow’s mobility, changing the traditional definition of a ‘car.’

Phil Borchard, CATIA brand sales, was able to confirm proudly that Dassault Systèmes played a major role in this year’s competition – of 17 vehicles nominated for an EyesOnDesign award, 10 of the models were developed in CATIA including the award-winning Ford GT, which by far created the most buzz on the show floor. Additionally, the North American International Car and Truck of the Year – the 2015 Volkswagen Golf and Ford 2015 F-150 – were also CATIA-designed vehicles. 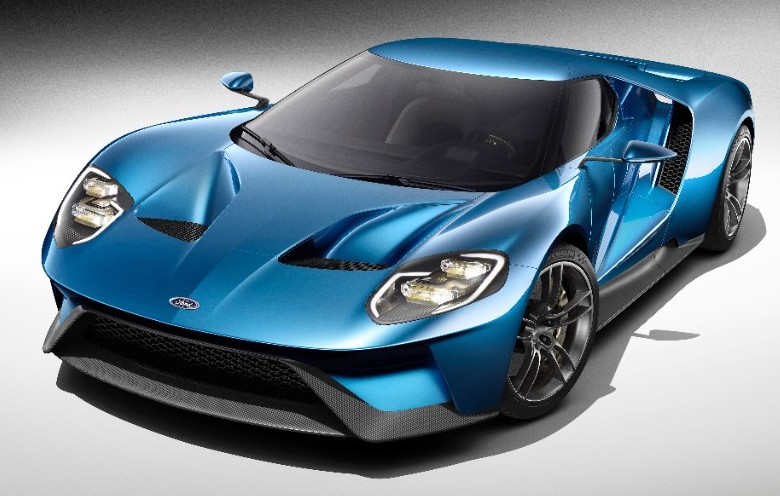 Appropriately, the Detroit show was kicked off by the MAIN Event, an annual gala that Dassault Systèmes co-sponsors honoring leading automotive executives and designers while emphasizing the importance of an industry-academia partnership. Dassault Systèmes Vice President of Design Experience, Anne Asensio, was pleased to present the Student Design Excellence award to Lawrence Technological University (LTU) student Greg VanderVoord for his body of work produced through the school’s Transportation Design program. Greg is engaged at full speed in the field of automotive design, showing great talent and motivation. It is rewarding to see the positive results of our academic partnership with LTU. All students receive immersive curriculum in Dassault Systèmes design solutions like CATIA, contributing toward a 100% job placement rate for these graduates.

A perfect example of the importance of Dassault Systemes’ academic partner programs is recent LTU graduate Colin Bonathan. Colin’s design talent combined with his technical training inclusive of CATIA expertise, led to his being hired as a designer for Ford. Excitedly, Colin was part of the award-winning Ford GT design team, the coolest car introduced at the show. This vehicle was both designed and surfaced in CATIA and ICEM Surf.

It’s amazing to see the role that technology has played in revolutionizing the car design process over the course of the past 20-30 years, but it’s also interesting to note the continuing reliance on physical models. For example, clay models go back to the industry’s early days, yet are still used in today’s design process. Designing cars still starts with a simple sketch, which is turned over to a digital model to render the idea over a car’s frame and chassis parts. Then, it gets transformed in a series of clay models. So, defining all the variants of design starts with paper, goes to digital, and then goes back to clay. It’s a bit odd to think about how the design of these high-tech machines, new driving experiences, and even self-driving experiences are still dependent on clay models sculpted by hand!

But this anecdote doesn’t mean that automakers are stuck in the past. Since the introduction of the first digitally-designed vehicle in the 1990s, automakers have continued to grow their use of computer design and manufacturing tools to gain efficiencies, allowing more opportunity for innovation while reducing product development time.

Perhaps in a not so distant future, 3D printing technology will give the industry new ground for growth. Mathematical models of any exterior and interior surfaces could go directly to computer-driven machines that cut dies and molds for production, and produce fully accurate exterior and interior panels from a 3D printer. This could not only replace the hand-crafted miniature clay models, but more importantly, could revolutionize the process of creating full-size prototype mockups made from production materials. By producing the physical model for approval at a fraction of the time and cost will socially transform the single act of creation, and give extraordinary flexibility to everyone involved in the design process.

We’ll see what the future holds for the 2016 Detroit Auto Show…see you there!