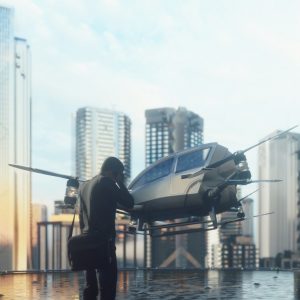 An international group of leading technology thinkers was asked in 2008 to identify the Grand Challenges for Engineering in the 21st century. Their list of 14 groundbreaking goals for improving the planet fell into four cross-cutting themes—sustainability, health, security and joy of living—and  called upon the world’s cadre of engineers to put knowledge into practice to forge a better future.

A “better future” specifically in transportation is what NASA had in mind when it launched its Urban Air Mobility (UAM) Grand Challenge two years ago. It’s part of a growing movement within the aviation community to develop an air transport system that could be implemented anywhere. NASA’s multiphase initiative is serving as both a proving ground for vehicles and procedures, as well as an environment where industry and regulators can work together to understand the requirements and work toward consensus standards for this emerging market.

Seventeen companies are signed up to participate in a series of technology demonstrations to test the readiness of vehicles and systems intended for use in low-altitude, urban airspace. California-based Joby Aviation is the only one scheduled to provide an aircraft to fly in the initial phase—Grand Challenge Development Testing (GC-DT)—this year.

Five other companies—Bell Helicopter, Boeing, NFT, Prodentity and Zeva—were selected to take part in the “vehicle-provider information exchange.” They will furnish NASA with data about their aircraft, with the intent of participating in GC-1.

Grand Challenge Development Testing will be conducted in restricted airspace at Edwards Air Force Base, with vehicles flying between two remote NASA facilities about 15 miles apart. “We are trying to understand what these vehicles can and cannot do,” Star Ginn, Grand Challenge lead within NASA’s Advanced Air Mobility Project. “What will be the reserves when you have only 30 minutes of battery life. And how much battery reserve do you use in an emergency?” she asked, citing questions to be answered. 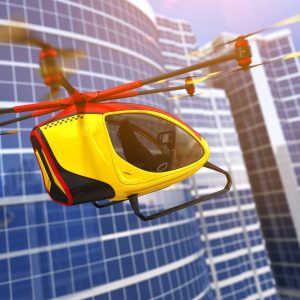 Boeing believes it can make a huge contribution to helping regulators and air navigation services providers advance a joint vision of a future Air Traffic Management (ATM) system suitable for safe and efficient Urban Air Mobility (UAM) operations. “In order for the UAM aircraft we are developing to be able to fly in the future, the ATM system will need to evolve to include new procedures, flight rules, rules of the roads and enabling technologies,” Troegeler observed.

Boeing, along with Joby and Bell, are part of Uber Elevate, whose UAM airspace simulations will unlock when, where and how eVTOLs can operate in an urban environment on the Uber platform, according to Tom Prevot, director of engineering for airspace systems at Uber Elevate. “The NASA UAM Grand Challenge will allow us to put our airspace integration technologies to the test,” he said.”

Through its Grand Challenge, NASA intends to also bring together other organizations involved in emerging air transportation systems to help inform requirements and best practices for UAM operations, including Federal Aviation Administration certification requirements for electric and hybrid-electric aircraft.

Over successive events, the UAM Grand Challenge will move into more realistic airspace and airports. Ginn anticipates the need for UAM test sites similar to existing FAA-approved unmanned aircraft system testing sites. “A lot of cities are leaning forward to off the opportunity,” NASA’s Ginn said.

Indeed, there seems to be widespread agreement that some number of manned and unmanned vehicles—in testing or poised for testing—will be certified within the next five to 10 years. At that point, this emerging market will reach an inflection point and start to grow exponentially, according to Michael Dyment, Managing Partner of NEXA Advisors. “Despite the many differences, even the smallest cities will eventually create sustainable and profitable UAM services for their communities,” he said.