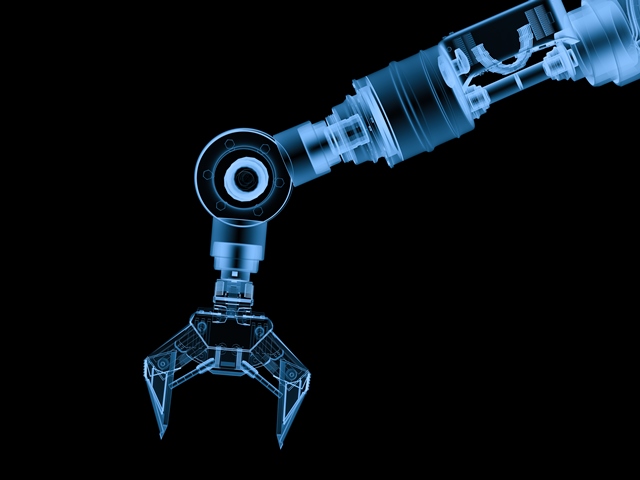 The term revolution designates a significant change that breaks the normal cycle of evolution (gradual change). Revolutions change the very nature of the environment they refer to – violent political change, social upheaval, or a new technology like the automobile that completely changes the world. Revolutions are ‘events’ in the sense that they occur relatively quickly, are largely unexpected, and have a significant impact.

The first industrial revolution occurred in the early and middle part of the 19th century when manufacturing moved from making things by hand to using machines. Because the machines needed a power source, storage and multiple employees working together, the (first) industrial revolution move work from small shops and sheds to massive factories. The first factories depended on water power so were built near rivers, streams and (sometimes artificial) ponds. Steam power and later electricity served to make factory location independent of the water source so they could be located closer to resources, labor availability or markets.

The development of electricity as a stable, abundant power source ushered in the second industrial revolution – large scale mechanized production. The entire economy changed when mass production greatly reduced the cost of many things at the same time that factory wages enabled workers to buy them.

The third revolution can be attributed to the introduction of computers in the middle of the twentieth century. Automation changed the nature of the factory. Routine, repetitive tasks were given over to robots and machines. As the number of factory jobs decreased, new opportunities in technology – new products, new machines and equipment to make these new products – replaced the dirty, backbreaking jobs with technical, intellectual knowledge-based work. While there are fewer manufacturing workers today, industrial output continues to increase. The majority of manufacturing company employees are working in jobs that didn’t exist 30 or 40 years ago making products that didn’t exist 15 or 20 years ago.

We are indeed in the information age. Manufacturing 4.0 is all about the Internet of Things (IoT or IIoT for the industrial version), big data, cloud computing, artificial intelligence, deep learning, augmented reality and other emerging technologies that link the physical and digital worlds. Arguably, these changes can be considered more evolutionary than revolutionary right now, but the impact of the digitizing of everything will soon be more obvious in everyday life. With fewer people involved in actual manufacturing and computers taking over a growing number of other occupations, society will refocus on other human needs. More people and intellectual energy will be focused on the arts and entertainment, interest in “making things” will shift from physical things to digital things. Tomorrow’s “manufacturing” job is more likely to be writing computer code than bolting parts together. Various government and social organizations are even contemplating such radical changes as a universal income (everyone gets paid, work is optional).

True self-driving cars are just a few years away. Self-driving trucks, trains and planes may be even closer to fruition. Artificial intelligence is quickly becoming important in medicine, all manner of research, and even the arts. Conceivably, this very blog could written by a computer just a year or two in the future.