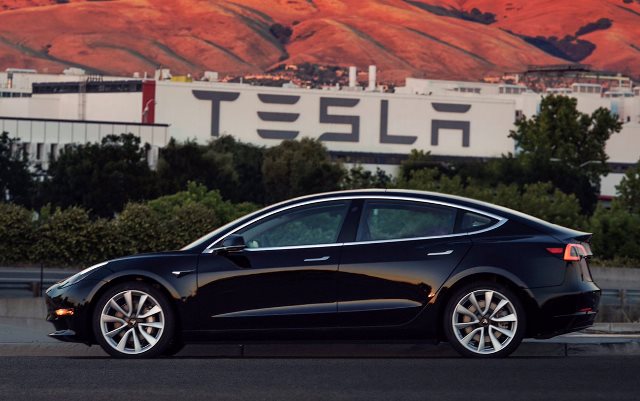 History often depicts innovation as a race. Thomas Edison beat Nikola Tesla and George Westinghouse to the light bulb. The United States and Soviet Union spent decades fighting to see who would get to the moon first. Apple, Microsoft, and a bevy of other electronic companies raced to produce the first touch screen cellular phone. Yes, innovation is a high-stakes, fast-paced, tour de force where the winner gets the glory and market dominance…and the loser is left to fight for scraps of market share. It appears that another such race is underway, this time on Main Street; the race to produce the first affordable electric car.

Electric cars aren’t some groundbreaking idea in 2017. Hybrid cars have been on American roads for nearly a decade and Tesla’s launch of the Roadster in 2008 marked the beginning of electric-only cars’ presence in the US- automobile market. Now Tesla finds itself in a race to deliver the first affordable electric car to market with its long-awaited Model 3 set to go on sale this week. The Model 3’s success or failure poses significant implications for the future of electric cars in the United States.

Unlike previous models produced by the Silicon Valley blue-chip company, the Model 3 is Tesla’s first foray into the economy car market, with a starting price of $35,000. Earlier Tesla models averaged around $100,000 in price.

Tesla has a number of hurdles in its path that could prevent it from successfully selling the Model 3 to the average consumer, including establishing a firm street-price, crash test performance, and consumer confidence in the car’s semi-autonomous driving features. The launch of the Model 3 will be the biggest in Tesla’s history and CEO Elon Musk has taken steps to handle the unprecedented level of sales by opening an additional 100 Tesla service centers and hiring 1,500 new service workers. Even if Tesla is first to market, there are a number of other major brands working on their own affordable electric cars, including Volvo, Ford, Kia and Chevrolet.

But despite a market that’s shaping up to be crowded and competitive, electric-only cars possess significant upside and cause for optimism. More and more consumers are buying with sustainability in mind, meaning cars that run on gasoline may fall out of fashion especially if electric cars can demonstrate significant improvement to the environment. Furthermore, with the constant fluctuations of gas prices, consumers with less income may switch to electric cars for the savings. As of now, Tesla still dominates the US automotive market in electric car sales, nearly doubling General Motors’ electric/hybrid sales in 2016. But with lower prices and more companies joining the race, Tesla won’t have the field to themselves for long.

Tesla is a long-standing customer of Dassault Systèmes, and uses the 3DEXPERIENCE platform to manage the design, collaboration and manufacturing of the Model 3.  We wish Tesla continued success with their latest model, and will continue working with other automotive manufactures, like Ford, to introduce electronic and autonomous vehicles to mainstream consumers.