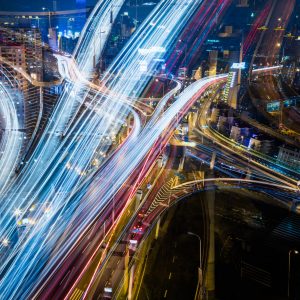 If you’ve been dreaming about a future where flying cars are soaring above the roadways, bypassing the hassle of traffic and delivering you safely to your destination, here’s a heads-up.  The dream is getting closer to becoming a reality.

At our recent 3DEXPERIENCE FORUM in Las Vegas, influencer Louis Columbus spoke with Dassault Systèmes Vice President of Aerospace & Defense, David Ziegler on the future of aviation. From aviation start-ups such as newcomer Boom Supersonic, that aims to make supersonic travel mainstream and affordable at the cost of a business class seat, to established OEMs and their suppliers, Ziegler discusses how the 3DEXPERIENCE platform enables rapid simulation and validation of new ideas to thrive in a cloud-based, collaborative platform, enabling digital continuity throughout the lifecycle of airplane programs.

Ziegler shared his thoughts about aviation start-ups entering the market,

…“here the big topic for startups is clearly around urban air mobility.  It’s quite an exciting new domain for aviation. We’ve been talking about flying cars for the last 100 years and it’s about to happen. Companies including Aeromobil and Joby Aviation are already using our platform on the cloud to develop aircraft for the air taxi market – this is a tremendous opportunity for the years ahead.”

From start-ups to OEMs, Dassault Systèmes 3DEXPERIENCE platform is deployed throughout the aerospace and defense industry. As noted in the recent announcement with Lockheed Martin, a digital experience platform approach drives advances in complex, sophisticated aircraft innovation.

So what does the future look like?  According to Ziegler,

“So if we’re looking at global air traffic within the next 10 years I think it’s fair to say that we’re going to see continued growth, a rate of 6 to 8 percent globally worldwide, at current projections.  But the next chapter again is urban air mobility – and that growth today is more in the range of 10 to 20 percent. There are more than 150 new electrical vertical take-off and landing (eVTOL) programs today so we’re going to see that coming live probably in the year 2023 for the first kind of massive adoption but on a regular scale, and probably 2030 to actually see flying cars all over the place.”

Watch the full studio interview with David Ziegler for key insights into the future of air transportation.

Learn how Aerospace and Defense companies are pushing the boundaries of innovation and speed through industry solutions including  Reinvent the Sky.

Editor; Internal & Digital Communications at Dassault Systemes
Sharon Rodger is the editor of Navigate the Future and a member of the North America marketing team for Dassault Systemes, the 3DEXPERIENCE company. Sailing and ski mom to Connecticut College daughter (Go Camels!). See the ocean every day and breathe. Suggestions on great podcasts are welcome. 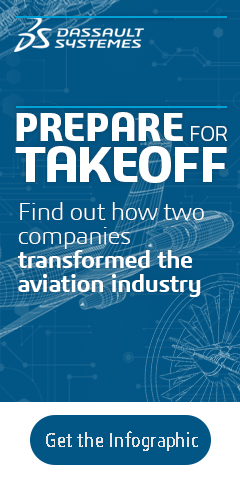