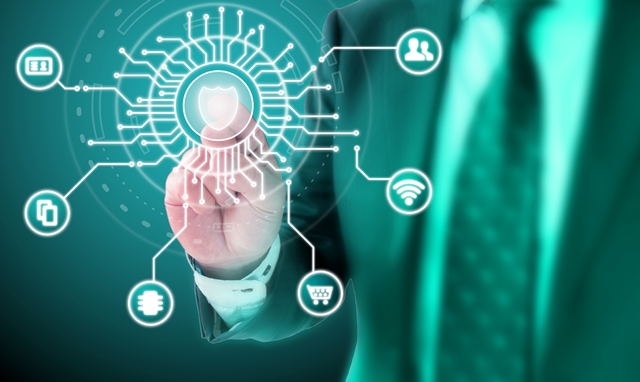 In the new digital world of threat intelligence and virtualization security, it’s easy to assume that today’s security breaches are always equally advanced. But it turns out one of the greatest threats to your company’s data is also one of its most mundane: the good old-fashioned printer.

We all know “edge” devices like mobile phones, Fitbits, and other devices soon to be connected by the Internet of Things (IoT) are all potential starting points for cyber warfare. But many don’t realize printers and scanners have been particularly easy targets. One IDC report showed 35 percent of all security breaches in offices could be traced back to unsecured printers or multi-function devices. Another report by Quocirca showed more than 60 percent of organizations have experienced a print-related breach. Is your company one of them? It’s possible you may not even realize it.

How Unsecured Printers Wreak Havoc Last March, a hacker sent anti-Semitic flyers to every publicly accessible printer in America, including college campuses like Princeton, Brown, Smith, and UC Berkeley, just by overtaking their printer functions. But printer attacks may not always be as obvious as hijacked or jammed up print jobs. Using your unsecured printers or unencrypted networks, hackers can access saved digital copies of confidential documents or even capture data from documents right as they are being set to the printer itself. Perhaps even worse, hackers can use your printer to gain access to your entire network, leaving all company data up for grabs. Especially for companies in defense, healthcare, or law, the printer is not just a potential security hazard, it’s a significant compliance risk.

Keeping Your Printers Secure When it comes to printers, most of us practice the “out of sight, out of mind” approach to security. Luckily, much of the risk surrounding printers can be attributed to a lack of knowledge. Taking the following best-practice tips could do wonders in keeping your printers and networks more secure:

Yes, we live in a digital age. But most companies do still own printers, and those printers present a clear danger to data security. Take the time to tend to—and upkeep—your printer and other edge devices to keep your entire company safe.

Additional Articles on This Topic:

Importance of Focusing on Mobile Security

Are You Using Virtualization Security Yet?

Protecting the Cloud with Virtualization Security