We’ve all heard robots are coming to take jobs, but people were usually referring to labor positions. Leadership positions seemed safe. However, when you break it down, the idea of a robot manager is not completely farfetched. Artificial intelligence (AI) is improving rapidly, and now programs exist where robots mimic intuition and can learn as they go. Computers are better at making decisions too.

Robots Can Do More at Once 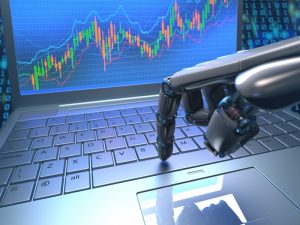 While it’s true the human brain is one of the most powerful information processing structures on Earth, we cannot completely command all our brainpower at any given time. In other words, people make mistakes easily. A machine brain would indeed be reliant on its programming, but it would also be inherently faster and more efficient at processing information than a human being.

Managers are responsible for making informed decisions that drive their companies forward and encourage growth. In almost every case, this means relying on information and input from a variety of sources, then making a calculated decision. While human intuition plays a very real role in these decisions, the fact remains—a robot could collate and assess all the relevant data much more quickly and make the most logical decision by extrapolating it. This entire process would not only likely result in fewer errors than human-made decisions, but it would happen exponentially faster.

Few businesses wouldn’t stand to benefit from AI applications. That’s because nearly every data-reliant decision can be made more swiftly and reliably with a machine brain compared to a human one. But big decisions aren’t the only thing that would improve. Machine brains are capable of tracking miniscule events imperceptible to human eyes. Control over this kind of attention to detail means companies could squeeze every last drop of utility out of every data strand collected. Essentially, robot brains could take data analysis to levels human minds might never reach.

While we’re seeing many entry-level and manufacturing jobs delegated to machines, decision-making robots could be easily scaled throughout almost any organization. The return on the investment would have to account for the machine brain’s margin for error, but in most cases, AI would be well worth the outlay—and it can be tailored to a business’s unique needs.

Countless people dread going to work. More often than not, these feelings emanate from personal interactions instead of the work itself. Tensions between managers and subordinates can boil over into conflict, and sometimes people simply have incompatible personalities. You can’t reasonably expect to like every person you meet. Managers can also let their personal feelings get in the way of providing honest feedback and criticism. Sometimes, a disagreement with an employee in the past subconsciously alters the manager’s perspective, influencing future feedback.

But machines are emotionless, so “robo-bosses” could essentially provide purely objective feedback backed by data analysis. Instead of emotion-driven responses, robots would make calculated decisions about employee performance, leveling the playing field in many ways and putting some employees at greater ease when review time rolls around (i.e. no more worrying about whether the boss likes them).

Emotion-driven decisions aren’t always a negative thing, but they can impact a business negatively in more ways than just interpersonal tensions and employee reviews. Humans are emotional beings, and sometimes business decisions suffer due to personal feelings, internal biases, and misguided intuition. Robot managers could take thoughtful action without emotion, thereby eliminating the one factor of the human decision-making process often responsible for error.

Machine learning certainly has a long way to go before robots can effectively manage entire companies. But we must realize this is much more than just a possibility—it’s a highly likely future scenario, especially given the pace at which technology evolves.