My family gave me my boundless energy and motivation. My mother…passed her enthusiasm and drive down to me. When I do something, I do it with all of my strength. 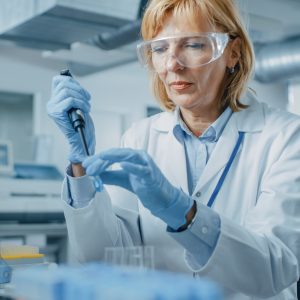 There are 10 million people living with Parkinson’s disease. Francine Acher’s life’s work is to find a highly effective treatment for these patients with fewer serious side effects.

Acher, a medicinal chemist and director of research at Université de Paris, derives her energy and motivation from her family’s history as Holocaust survivors. Together with Paris’s Centre National de Recherche Scientifique (CNRS), she and a multidisciplinary team comprising of chemists, pharmacologists, molecular biologists and behavior biologists are working together to make ground-breaking discoveries with significant implications for central nervous system (CNS) disorders. This includes Parkinson’s disease, psychiatric disorders, pain, addiction and epilepsy. 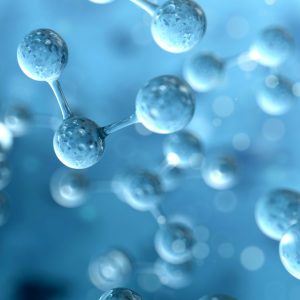 Her initial work involved making molecules that could help researchers understand the mechanism for blood clotting. As she worked, she discovered that these molecules might have applications. Using 3D modeling software and simulation technology, she and her colleagues made major advances including discovering a molecule by virtual screening. This has lead to promising therapeutic targets and other molecules being developed, one of which is now being used in clinical trials for treating Parkinson’s disease with fewer side effects for patients.

As part of our new Making a Difference series, Acher talks about her life’s work and why it is so important to her to persevere even in times of adversity. You can read more her team’s breakthroughs in Compass magazine, and how their research offers significant hope for reducing the negative side effects of existing CNS treatments.

This post by Alyssa Ross originally appeared in the 3D Perspectives Blog.