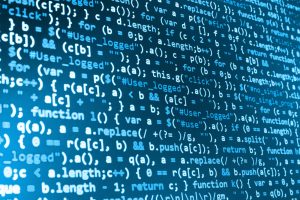 You wouldn’t think a 9th century Persian mathematician would be relevant to modern business. But the term algorithm stems from his name, Muhammed Al Khwarizmi (along with the Greek word arithmos), and the algorithmic business is sweeping across the business landscape with its autonomous, rules-based, lightning-fast operations—augmenting, and in some cases supplanting, human decision making.

An algorithm is a step-by-step process or set of rules for calculating and solving problems. “Algorithmic business is the industrialized use of complex mathematical algorithms pivotal to driving improved business decisions or process automation for competitive differentiation,” Gartner explains.

What’s different today is the new potential of the algorithmic businesses. Machine learning—exploiting the tons of real-time data vacuumed up by companies and the massive computing power in the cloud—makes it possible to not only improve process automation and decision making, as algorithms have already done, but shift gears to entire businesses models powered by machine intelligence.

One industry expert put it this way: People create algorithms. They configure them, manage them, determine the rules and math, the choices they make, and the actions they take. This “black box,” or “dark cockpit,” then runs according to those precepts, until someone makes a change.

Machine learning takes a different tack. Demis Hassabis, chief executive and cofounder of DeepMind Technologies, told the Financial Times that this is the difference between the victory of IBM Deep Blue over world champion Gary Kasparov in a 1997 chess match and the 2016 defeat of Lee Se-dol by DeepMind’s AlphaGo in a Go tournament. Hassabis said that Deep Blue’s programmers and chess masters coded their knowledge into a set of rules. AlphaGo took a general-purpose approach, using things like deep neural networks to create a learning system that learned from its mistakes. It then improved incrementally, until it defeated the 18-time world champion at a game with 10170 possible combinations on the board—a quantity exceeding the estimated 1080 atoms in the observable universe.

This is how machine learning changes gears in the algorithmic business—through self-learning systems that unscramble more data, detect deeper patterns, and simulate outcomes in more detail, all at blazing speed. They can help you keep your dial tuned to the current business moment to pounce on new openings “on the board.” Going forward, they can help you assess—more powerfully than the “vanilla” algorithmic business—the wide range of potential scenarios with which every business must contend.

That’s when the algorithmic business hits “top gear”—the highest gear, the one that runs fastest.