This post by Joe Zulick originally appeared in The DELMIA Blog. 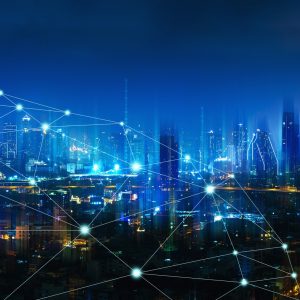 The Internet of Things, or IoT, is the name that the IT folks have given to the now billions of physical devices throughout the world that are connected to the internet. These devices not only collect data, but they share it as well. Through the proliferation of wireless networks as well as cheap processors, it’s now possible to turn a multitude of physical objects into an IoT device. These things can range from a smart thermostat in your home that you control with your smartphone, to a sophisticated driverless car that’s filled with hundreds of sensors collecting and transmitting data back to make sure it is operating efficiently.

Devices that are considered to be part of the IoT are devices that we normally wouldn’t expect to be connected to the internet- unlike a PC, laptop, or smartphone. They are things that can communicate with a network on their own, without human action.

The IoT, along with artificial intelligence, machine learning and cloud technology, has been one of the most important trends in high-tech over the past couple of years. It has been developing at astonishing speeds since its inception, often rapidly changing direction and popping up in new and quite unexpected forms.

In this article, we will focus on current advancements in the world of the IoT, advancements that only a few short years ago were talked about but had no tangible demonstrations yet of their viability. Some of these things are continually evolving trends- things that experts expect to evolve rather rapidly but are still in their early stages of development.

The Rise of 5G Technology

The rise of 5G technology is the first advance we will talk about. 5G networks are at the forefront of the development of cellular mobile communications. Recent developments will ensure that their spread will mean much more than just a faster internet connection for your smartphone. Their extremely high speeds will offer an array of new possibilities for the IoT, paving the way for a degree of 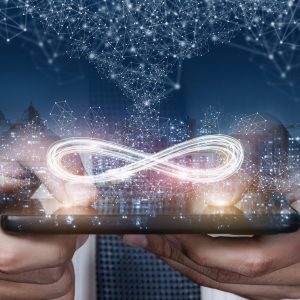 connectivity that is impossible with current standards. Through 5G, data can be gathered, analyzed and managed in real-time, virtually without delays, greatly broadening potential IoT applications and opening up pathways to further technological innovation. They are things that can communicate with a network on their own, without human action.

Edge computing is literally the opposite of cloud computing, the technology that has gained so much prominence just in the last five years or so. Edge computing means that data is stored in micro-centers as opposed to the cloud, providing numerous new options for the IoT. By storing data locally, it offers a cheaper, faster, and more efficient approach to data processing. In this manner, data can be made immediately available to a corresponding IoT device, decreasing the “stress” on the network and the necessary bandwidth.

In 2019, smart lighting devices, video feeds and Wi-Fi enabled food traffic-monitoring software allows store owners to collect info about customer traffic patterns in the shop, how much time they spend in each of its aisles and how they interact with products on display. After analyzing this data, retailers are able to change the way they lay out their merchandise and decide how much of it they put on display or even change their entire store layouts to enhance them in line with the knowledge they have gained about customer behavior. 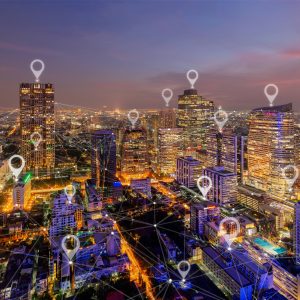 In a relatively simple application, Cary, North Carolina is using the IoT to track the condition of its traffic lights. If one malfunctions, the system notifies utility companies so that they can quickly send a technician to solve the problem.

Besides traffic lights, the IoT is being put to use in creating smart common areas in cities around the world. Sidewalk Labs, owned by Alphabet, the parent of Google, is building a smart neighborhood in Toronto. Smart sensors are being installed around the neighborhood that will record everything from shared car use, building occupancy, sewage flow, and optimum temperature choices around the clock. The goal is to make the neighborhood as safe, convenient, and comfortable as possible for those who live there. Once this model is perfected, it could set the standard for other smart neighborhoods and even eventually entire smart cities.

The IoT has already begun to transform manufacturing. Sensors, RFID tags, and smart beacons have been in place for several years. Advances in these devices are disrupting every part of the production process from product development to supply chain management. Factory owners are becoming able to prevent delays, improve production output, reduce equipment downtime, and of course manage inventory.

In the world of healthcare, already more than half of organizations have adopted IoT technology. It is an area where there are almost endless possibilities- smart pills, smart home care, electronic health records, and personal healthcare management. All in the interest of higher degrees of patient care outcomes.

At virtually every price point, current car models have much more IoT upgrades than ever before. These come in the form of diagnostic information about the car. Everything from tire pressure, oil level, fuel consumption, and when something goes wrong with the engine is now available to be sent to the palm of your hand via a Wi-Fi connection to your smartphone. In the next year or so, we will see even more IoT advancement beyond diagnostic info. Connected apps, voice search, and current traffic information are just a few. While self-driving cars are still several years or more away, the prototypes being built now utilize IoT technology in the multitude of sensors they contain that allows them to be monitored remotely as they navigate streets.

Increased Security Concerns
Despite the promise that the IoT holds for all of us in making our lives easier, at the same time it carries the dual-edged sword of making us more vulnerable to an attack. In the past, a malware infection meant just lost or compromised data. The emergence of the IoT means that a virus or ransomware infection can easily disable vital functions and services. In Atlanta, in March 2018, ransomware crippled the city’s water services and ticket payments systems. In 2019, hardware manufacturers like Cisco, HPE, Dell and more are building specific infrastructure for micro-centers to be more physically rugged and secure, and security vendors are starting to offer endpoint security solutions to their existing services to prevent data loss and give suggestions about threat protection and network health.

These, then, are the latest advances, applications, and trends in the continually evolving technology of the Internet of Things, a technology with the promise of creating a brave new world for us all. At the same time, it comes with the proviso that it has the capability of upending civilization when malevolent forces seek ways to weaponize its promise.