The birds and the bees and the IIoT have something in common: swarm intelligence. The Industrial Internet of Things (IIoT) is the digital edition of nature’s swarm intelligence: the spectacle of numerous individuals coordinating behaviors instinctively, and self-organizing as they interact with one another and their surroundings. The IIoT mimics bee colonies and bird flocks with “swarms” of things operating separately, yet linked via the internet and cloud to continuously analyze data and optimize behavior. 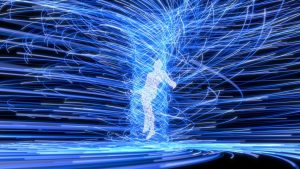 “As a group, simple creatures following simple rules can display a surprising amount of complexity, efficiency, and even creativity,” said Scott Simonsen on Singularity Hub  in How Swarm Intelligence Is Making Simple Tech Much Smarter. “Known as swarm intelligence, this trait is found throughout nature, but researchers have recently begun using it to transform various fields such as robotics, data mining, medicine, and blockchains.”

On the digital manufacturing floor, data registered by one device can be put to better use when all the physical assets are “chattering” at the same time. That data is then processed and analyzed on-site at the edge, and/or routed to an analytic engine in the cloud, to manage and adjust device behaviors.

In the IIoT, the key is sensors that gather data, and analytics that process it—similar to nature, where birds and bees detect motions and vibrations from others in the swarm, then use these micro-changes to operate in concert, with singular purpose, to outperform what any individual could accomplish alone. For example, Robert Schmid, chief technologist, IoT, Deloitte Digital, told Wired that, in predictive maintenance, “… sensors work by analyzing the sound frequencies, vibrations, and temperature of a given machine to tell if it’s working within its normal conditions… Using sensors to collect and quickly analyze data points in the cloud, prediction becomes easier.” 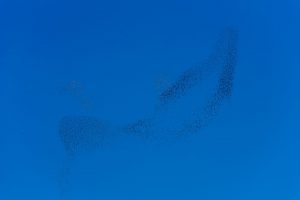 The Harvard Business Review, in a prescient 2001 article, Swarm Intelligence: A Whole New Way to Think About Business, said that swarm intelligence was “becoming a valuable tool for optimizing the operations of various businesses.” This was pre-IIoT—the business case is even stronger now.

On the IIoT-enabled digital manufacturing floor, swarms of connected devices continuously capture and send data for analysis and decision making by the larger organization—the flock, or colony, as it were. Nature evolved an instinctive genius over time for species survival. That genius is now being replicated in the IIoT, where industrial equipment—the “worker bees” of automation—toil and adapt in no less impressive orchestrated precision than the swirling flocks of birds overhead and the buzzing bees below.

The IIoT is now the busy bee, swarming with data and insight to further competitive survival.