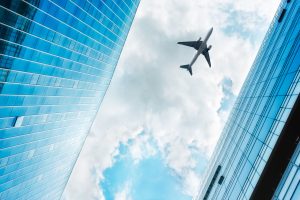 Few industry sectors are under as much pressure as transportation to achieve sustainability through the virtual elimination of greenhouse-gas emissions, and aviation has become the poster child for the biggest offenders—or so it seems. For example, users of purpose-built business jets routinely are ridiculed in public forums and in the mainstream media for adding unnecessarily to dangerous climate changes, even though there’s hard evidence that business aviation is one of the most efficient business tools companies can employ as part of their overall operations.

Are Fewer Airplane Trips The Answer?

Similarly, the commercial airline industry between 1978 and the end of 2018 improved its fuel efficiency by more than 130 percent, saving more than 5 billion metric tons of CO2—the equivalent of taking 26 million cars off the road each of those years—and carriers carried 42 percent more passengers and cargo in 2018 than in 2000 while emitting only 3 percent more CO2. Nonetheless, some politicians and activists—citing the perils of climate change—are suggesting the time has come for airline CEOs and boards of directors to start evaluating ideas that previously would have been unthinkable, such as cajoling business and leisure travelers to take fewer airplane trips.

Using Technology For A Greener Future

Far more likely to happen is that innovative companies and aviation equipment suppliers will continue to aggressively pursue novel technologies to help airlines and other air transportation providers all but eliminate both visible and nonvisible emissions in coming years. More efficient engines will account for most of the progress. Combined electric and hybrid-electric propulsion is one path. Another is hydrogen fuel cells, with small aircraft serving as test beds. 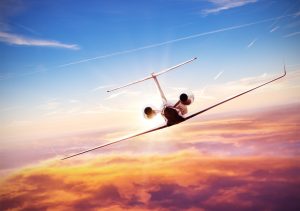 Silicon Valley-based start-up ZeroAvia is developing what’s planned as an optional powerplant for 19-seat regional aircraft that would begin zero-emissions commercial flights in 2022, with engine performance on a par with conventionally-powered aircraft and lower operating costs. Flight tests are underway using a modified Piper Malibu Mirage light airplane whose piston engine has been replaced by a pair of 130 kilowatt electric motors powered not by batteries, but by compressed hydrogen gas. Initial test flights have ranged up to 20 miles. In the first half of 2020, ZeroAvia—teamed with Air Liquide, BMW, Nvidia and Tesla—aims to demonstrate flights of at least 300 miles. Hydrogen fuel tanks mounted on pylons on top of the wings would fuel these flights.

There are several technical areas where ZeroAvia engineers are working to perfect the technology: how to achieve maximum fuel cell efficiency and effectiveness for flight profiles other than cruising—takeoff and climbing, in particular. Hydrogen safety and storage is another. However, Miftakhov noted, thousands of vehicles using hydrogen fuel cells already are operating safely worldwide. Regional aviation and aircraft with seating for a maximum of 19 passengers—the latter would include the most advanced business jets capable of flying more than 4,000 miles nonstop—was selected as the focus of ZeroAvia’s hydrogen fuel-cell propulsion development program, because they represent nearly 50 percent of worldwide departures, according to Miftakhov.

Under Federal Aviation Administration (FAA) regulations, such aircraft powered by hydrogen fuel cells also would be easier to certify. Existing aircraft could be retrofitted with the technology.