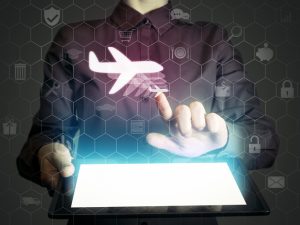 The Future of Aircraft Design

Are aerospace and defense companies deploying digital tools as effectively as possible to improve their program execution and position themselves for winning new business?

This is a key question as companies struggle to meet the challenges of growing complexity in aircraft design and rising customer expectations- including demands for lower life-cycle costs and faster times to market.

From the U.S. Air Force’s perspective, model-based engineering has shown great promise—so much so that equipment suppliers should be employing it more broadly, according to Will Roper, Ph.D., assistant secretary of the Air Force for Acquisition, Technology and Logistics.

“It’s an amazing capability, because it allows us to trace design to performance to cost, Roper said. “If that were to become the standard [industry approach], it would enable us to do a better job of controlling our costs and investing [more money] in advanced technological capabilities.”

Model-based engineering is part of a model-based enterprise (MBE)—an engineering strategy that aims to clarify design intent during the manufacturing process through the use of a 3D CAD (computer-aided design) model that’s reused throughout a product’s development. By producing a single CAD model that centralizes all engineering data in a digital format, multiple people representing a wide range of disciplines in a variety of functional areas can access the same information—a single source of truth, as some engineers put it—to perform their work.

Contractors who have employed a model-based engineering strategy in their organization can attest to its benefits. These include reduced development times, lower production costs from better tool design and fabrication, less rework and greater collaboration.

Roper cited Boeing’s development of its T-X trainer aircraft for the Air Force as a “shining example” of how model-based engineering was used “to help break the cost curve.” Coupled with an agile approach to software development, the company’s strategy allowed Boeing to build and fly two T-X aircraft within three years of program launch. Moreover, the airplanes were not so much prototypes in the classical sense as they were aircraft that came close to the baseline of what was ordered during the engineering, manufacturing and development phase of the program.

So impressed was Roper by the outcome of applying model-based engineering to T-X and the A-10 wing program that the Air Force plans to rotate junior acquisition officials through the ground-based strategic deterrent initiative, another major Air Force program that also benefited from the application of model-based engineering. “We want the next generation of acquisition professionals to think in terms of this approach as the way a major program could be run.” The investments Boeing has made in its model-based systems engineering and assembly processes were key in winning the hotly contested T-X contract, according to one of the company’s top executives. Boeing has introduced several generations of advancements in [model-based systems engineering practices and assembly processes]. Several years ago. it decided that a sixth-generation was more about the design and build process, prompting Boeing to shift some investments to that area, he added.

Despite calls for aerospace companies to make broader use of model-based engineering, some original equipment manufacturers continue to employ older methods of designing and developing new aircraft and other products, including functional teams operating in silos that inhibit the sharing of critical information, as well as inefficient paper-based systems ill-suited to the growing complexity of aerospace products.

The results of an annual Technology Vision Report by Accenture seems to reinforce the notion that such outdated processes may be common across the aerospace industry.

Most companies recognize the value of commercially available software capabilities and are trying to figure out how to use these solutions to add value to their product and service offerings, but they haven’t quite figured out how to apply them in the most effective fashion, observed Accenture Managing Director Mike Schmidt, who leads the firm’s aerospace and defense consulting practice. “There’s some trepidation in the C-suite,” he said.

In contrast, digital technologies are being applied heavily in other industries, he said. “The aerospace industry is playing catch-up.” While Schmidt believes that aerospace companies are ready to start adopting digital technologies more broadly, the 2019 report revealed that 57 percent of the executives surveyed reported mixed results in their digital pilot efforts.

Editor’s Note: See Dassault Systèmes this week at the Paris Air Show June 17th-23rd at Hall 2B #D170. Learn more about our partners air mobility innovations and what we have planned for the week.