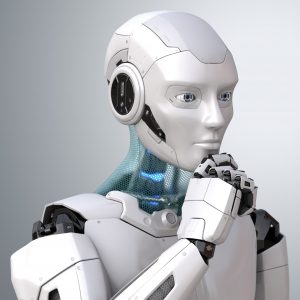 If you’re excited about AI and robots, there might also be a little accompanying trepidation. After all, none of us can predict the future with certainty. While we might dream of working alongside an artificial lifeform like Data from Star Trek, there may also be that Terminator nightmare that startles us awake out of a sound sleep.

Robots will become integral to the lives of human beings over the next several decades. Rightfully there is debate and concern over something which has the potential to so profoundly alter the human way of life. As Karl Frederick Rauscher wrote recently in Scientific American –

“The fact that big tech companies are some of the leading implementers of AI and robotics further contributes to the wariness many now feel. There has been a love-hate relationship between individuals and big companies long before the present era of big tech, but when big tech, AI and robots work together, it gets even scarier.” 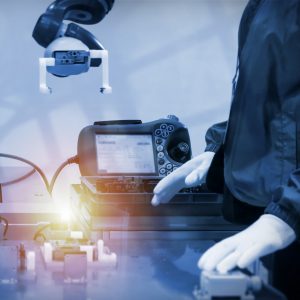 Humans have in fact already been injured or worse by robots, not through malicious acts but rather accidents, miscalculations, and gaps in programming. As humans and robots intermingle on a more frequent basis, the regulations and laws concerning the actions of robots and who is responsible will need to be continually re-examined and redefined. As will the safety regulations and fail safes adopted in order to protect human life. More and more of us will have robot co-workers – we may even find ourselves with robot bosses. Robots will have to be programmed to respond to the unpredictability of humans and the nuance that occurs in many social interactions. Even the self-driving cars that have been hitting the roads have had to learn to respond to local etiquette and cues that might be taken for granted with a human.

While robot employees have already become central to production and manufacturing, the collaboration with their human counterparts still sometimes lacks harmony. Researchers at MIT in conjunction with auto manufacturer BMW have been working on a new algorithm to help robots predict and respond to humans in close proximity, such as on a car production line. Whereas assembly robots might be overly cautious and pause too soon or too often when a human crosses their path, the “partial trajectory” algorithm lets the system predict motion for nearby humans and so only pause when it really needs to. Julie Shah, part of the research team and an associate professor of Aeronautics and Astronautics at MIT spoke of the progress being made-

“The key is that the [robotic] system can observe patterns that occur over and over, so that it can learn something about human behavior. This is all in the vein of work of the robot better understanding aspects of human motion, to be able to collaborate with us better.”

The simulations the team are now running may be the basis for other human-robot programming to come. Being able to predict human motion with more accuracy is just the first step, over time the algorithm could be adapted to help robots recognize other human actions and gestures that could lead to a more seamless interaction. Whatever the future holds it certainly won’t be long before you’re encountering robots on a daily basis yourself. Who knows, before long they may even be in your home.

Directly addressing this need for human robot collaboration – Dassault Systèmes has developed the DELMIA Robotics Solution, which works from the robotic programming level up to full virtual 3D simulations of the robots in action on the factory floor. The 3D simulations are critical in that they show how well humans as well as product and tool designs work together in a manufacturing process. The DELMIA Robotics Solution can show how efficiently available space is utilized and even predict how people will interact with the robotic equipment in the work environment. Most importantly the DELMIA Robotics Solution can curb human-robot interaction problems before they happen and ensure human safety as it allows for collision-detection and simulation of the whole robotic process in advance.

If you’d like to learn more, check out Jennifer Chu’s full article in MIT News.