The Need for Speed

“I feel the need, the need for speed,” was the iconic line from the 1986 blockbuster “Top Gun.” Fortunately for Maverick and travelers alike, air travel may become much faster, thanks to a new ceramic coating developed by researchers from China and the United Kingdom. 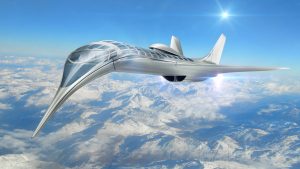 Designed specifically for planes, the zirconium carbide ceramic coating can withstand temperatures from 2,000 to 3,000 degrees Celsius. As such, it theoretically would enable planes to travel at Mach 5 or faster, opening the door for hypersonic commercial flight in the not too distant future.

Hypersonic Commercial Flights on the Horizon

Air travel has come a long way in the short time that humans have been able to fly. Planes fly higher, longer, faster, and safer than ever before. While the in-flight experience is far from perfect, making planes even faster is the future of air travel. Imagine being able to depart from Boston at 1:30 PM and land in Beijing only two hours later! Such an idea was science fiction 30-years ago but thanks to researchers like these, it’s now much closer to reality. The heat and pressure a plane experiences aren’t the only things preventing hypersonic flight from becoming a reality, there’s the price. Dennis Muilenberg, Chairman and CEO of Boeing believes hypersonic flight will be commonplace “in the next decade or two,” but he admits that ticket costs would be far too expensive for customers to consider buying them.

The Hyperloop – Racing Between Cities

The need for (more) speed is the future of all travel, not just flight. Travelling at such high speeds poses tremendous challenges for other modes of transportation. Consider Tesla and SpaceX CEO Elon Musk’s Hyperloop, a conceptual pressurized train that would revolutionize the industry and allow commuters to travel between cities in record times, for example. The biggest challenge facing Hyperloop is developing train cars that could survive the 1,200 km/h speeds and potential crash impacts. Students from some of the best technical universities around the world used Dassault Systèmes’ 3DEXPERIENCE platform to create prototypes of train cars for Hyperloop that may be used someday when the transportation system is fully functional.

The Hyperloop One recently completed its first successful test run in May. The prototype train reached 70-mph in five seconds while traveling through a pressurized magnetic tube. Granted the 70-mph test speed is a far cry from the 700-mph speeds promised to us, the successful test is reason for celebration as it marks a new milestone for Hyperloop and suggests that it could be a viable mode of transportation in the future.

The Future of Speed

Although Hyperloop and hypersonic flight are a long way away, it appears that we aren’t as far from high-speed travel as you might think. Denver–based tech firm Boom, recently announced it would bring back the iconic Concorde supersonic flight by 2023. Thus far Virgin Airlines is the only known customer for the supersonic plane, but other airlines will likely purchase them as well. Boom anticipates flight times to halve given their updated version of the Concorde’s ability to fly at “Mach 2.2 speed,” meaning a flight from Paris to New York will last only three and a half hours, rather than the customary seven. 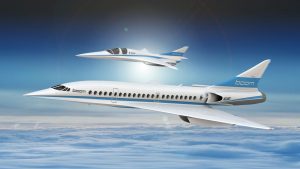 We know that the future of flight means faster speeds and less travel time. The real question is what does it mean for us? Yes, it means less time spend travelling, but faster travel could lead to more citizens around the world visiting new countries and experiencing cultures completely foreign to them, bringing about a new age of understanding and harmony that allows for greater proliferation of ideas, technology, and innovation. What do you hope for from faster travel?