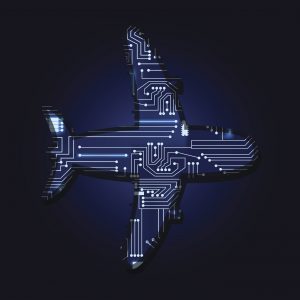 Planes, trains, and automobiles. Those are the most common modes of transportation in the world. For years, trains and automobiles have had a notable distinction from planes with their growing capability to run (at least in part) on electricity. But planes are now getting in on the action, as electric planes have gone from something from Sci-Fi predictions to a proof-of-concept, and soon to become available to the public.

Bye Aerospace, a small Colorado-based UAV and plane manufacturer, is in the advanced stages of developing a two-seater aircraft that runs on electricity. The company expects their electric plane, known as the Sun Flyer, to take to the skies toward the end of 2017. In a guest blog post on IEE Spectrum, founder and CEO George Bye outlined the advantages of an electric plane and how he anticipates the Sun Flyer will change the industry. One of the most noticeable differences between an electric plane and one that runs on fossil fuels is the sound:

“When you first sit in the cockpit of an electric-powered airplane, you see nothing out of the ordinary. However, touch the Start button and it strikes you immediately: an eerie silence. There is no roar, no engine vibration, just the hum of electricity and the soft whoosh of the propeller. You can converse easily with the person in the next seat, without headphones. The silence is a boon to both those in the cockpit and those on the ground below.”

The disparities in efficiency between the two types of planes that Bye points out are even more surprising. He notes the electric powered motor of the Sun Flyer weighs only 45-pounds and measures 10cm deep by 30cm in diameter. A traditional motor of a similar sized fueled powered plane weighs seven times more and takes up much more space. In terms of energy consumption, the electric engine is far superior. Ninety-five percent of the electricity needed to power the engine is used to fly, so there is virtually no wasted power. As such, in an hour long flight, the Sun Flyer consumes only $3 worth of electricity, whereas a traditional single-engine plane will consume $40 worth of gasoline.

It is therefore unsurprising that some larger aerospace manufacturers are looking to get in on the electric plane market. NASA has developed the X-57 Electric Research Plane, however it will not be sold on the open market. Airbus has experimented with electric planes as well, but is opting to focus on hybrid planes, rather than pure electric aircraft. Longtime Dassault Systèmes client Joby Aviation has developed an electric VTOL (vertical take-off and landing) called the S2, which they hope to sell as a mode of personal transportation that’s more environmentally friendly and like the Sun Flyer, much quieter than traditional planes.  Famed Swiss manufacturer Solar Impulse has made waves in the electric plane industry as well, however they have created an aircraft that runs on solar power and famously flew their Solar Impulse 2 plane around the world in an unprecedented feat of aviation engineering. Both the Joby Aviation S2 and the Solar Impulse 2 were designed using our Engineered to Fly industry solution. We are thrilled that such daring engineers and entrepreneurs use our technology to develop a more sustainable form of aircraft.

As for application, the Sun Flyer isn’t the type of plane designed to make cross country flights, and the technology itself isn’t ready for the demands of commercial flight. Bye and his team however, envision the Sun Flyer to fill gaps in the marketplace:

“We designed the aircraft for the niche application of pilot training, where the inability to carry a heavy payload or fly for more than 3 hours straight is not a problem and where cost is a major factor. But we believe that pilot training will be just the beginning of electric aviation. As batteries advance and as engineers begin designing hybrid propulsion systems pairing motors with engines, larger aircraft will make the transition to electricity”

This plane could not come at a better time either, as we have a serious shortage of experienced pilots. Boeing projects that by 2035, we will need an additional 617,000 pilots to satisfy the potential flight demands. The scarcity of pilots and new regulations that require more flight training hours put an inexpensive training vehicle like the Sun Flyer at a premium.

As lithium-ion batteries and other electrical power sources continue to improve performance and decline in price, it is very likely that electric aircrafts will become more commonplace in our skies. Not only is this great for our environment, but it also reduces the barrier-to-entry for aerospace startups. With more companies joining the fray, competition will drive prices down, much to the delight of consumers. As such, when electric flight becomes cheaper than fossil-fueled based flight, we will truly realize the potential of this cost-effective and environmentally friendly technology.