With all of the hubbub over the Internet of Things and autonomous cars, it’s easy to overlook 3D printers at CES this week. However, over the past five years, 3D printers have matured considerably. No, they’re far from mainstream, but it’s not inconceivable to imagine a future in which the vast majority of consumers can quickly and inexpensively print physical objects from their homes—and plenty of people think so.

Nearly four years ago I penned an article on additive manufacturing (registration required). I’ll be the first to admit that I really wasn’t going out on a limb in the piece. As is the case with many technologies today, it wasn’t hard to see 3D printers evolving quickly. Indeed, Chris Anderson’s 2014 book Makers: The New Industrial Revolution took my argument much further. In it, he drew parallels between desktop printing in the 1980s and 3D printing today. (Read my review of the book here.)

At CES this year, the continuation of the printing (r)evolution is on full display. (For a nice recap of what has happened in 3D printing in the past year, click here.)

There’s no shortage of new entrants. For instance, XYZprinting launched a wide range of new 3D printers. Not be outdone, LulzBot introduced some exciting new hardware, software, and materials. Its new lines allow for 3D printing 3 mm filaments at temperatures as high as 300 degrees Celsius (572 degrees Fahrenheit). By supporting industrial and other exotic materials, these printers are ideal for commercial uses. 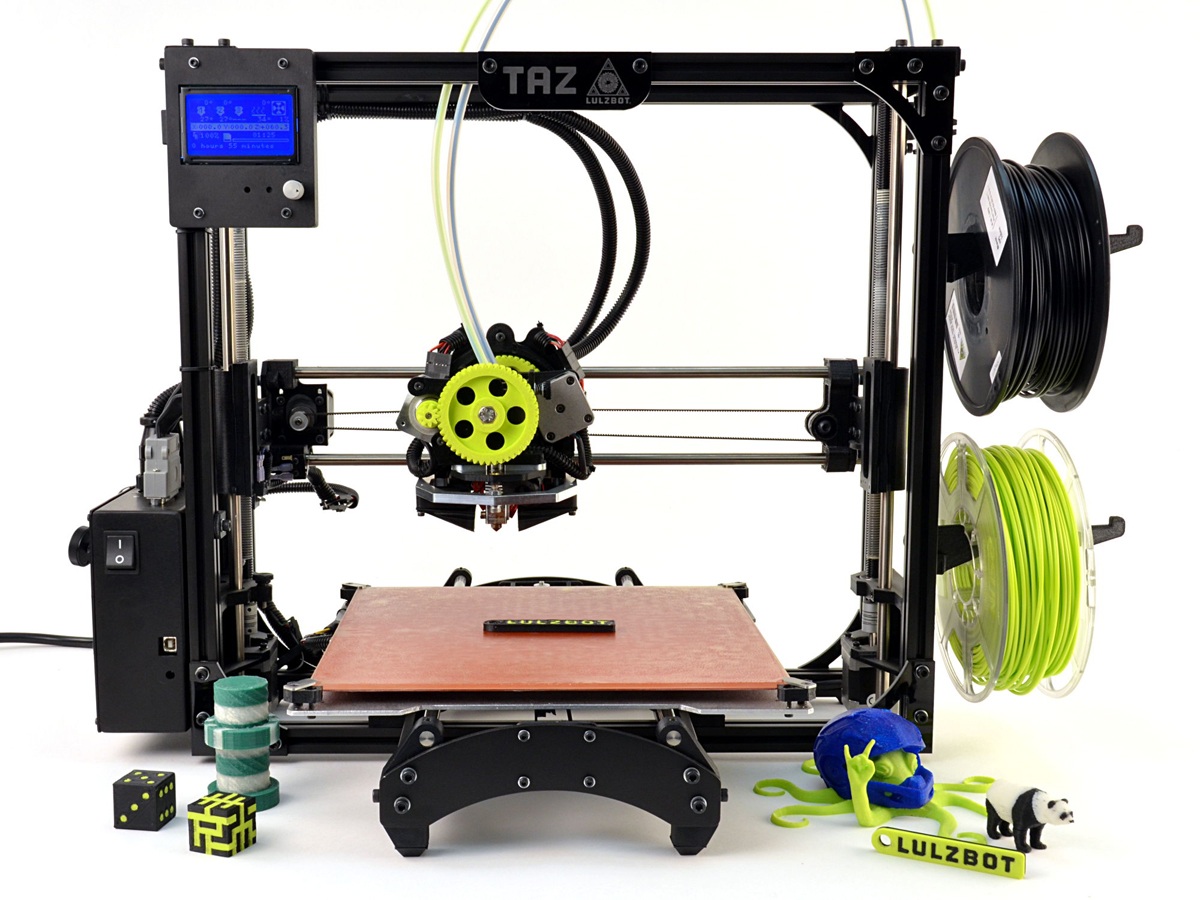 Perhaps some of these will take the place of models that have failed to gain traction or have been retired. With regard tot he latter, in late December 3D Systems announced the end of the Cube, its thousand-dollar consumer-targeted 3D printer.

Voxel8 the first 3D printer for electronics which launched at CES last year has received a lot of buzz for its potential. Dassault Systemes is demonstrating the the ability to print 3D plastonics and electronics together using its SOLIDWORKS software in its booth. Interestingly the Voxel8 printer was designed with SOLIDWORKS.

3D Printers are Getting Cheap(er) and More Reliable

It’s obvious that vendors have listened to user feedback.

Aside from new bells and whistles, the prices of 3D printers continue to drop. (Anderson predicted this in Makers.) Paying $500 used to be considered inexpensive, but this year several vendors have cracked the $300-barrier. Even more incredibly, a smartphone-based 3D printer selling for $100 has hit the market.

Beyond drops in price, though, it’s obvious that vendors have listened to user feedback. In the process, they have tried to make their wares more reliable and customizable. Ultimaker is leading the way here. In the words of CEO Jos Burger:

The Ultimaker 2+ and Ultimaker 2 Extended+ are results of countless collaborations and insightful feedback we have received from the Ultimaker community. Both printers feature crucial upgrades based on what our customers are looking for in a 3D printer.

To be sure, we’re still very much in the first inning of 3D printing. It’s obvious that new players, printers, and technologies will emerge—and others will go the way of the Dodo. Although it’s difficult to see through the CES hype machine, one thing is certain: there’s far less uncertainty now than there was five years ago.

In the final part of this series, I will make a few predictions about what to expect in the months after CES.