Aviation/aerospace was one of the defining industries of the 20th century. As a wellspring of intrepid visionaries, it has inflamed the imaginations of youth worldwide, inspired new schools of industrial design, shrunk the effective size of the globe, and spawned countless technologies on which most people now depend but largely take for granted. No other industry has so persistently and intimately interacted with Earth’s inhabitants.

What will be its impact in the 21st century?

No one knows for sure, but this much is certain: It will be limited only by human beings’ ingenuity and natural-born instincts to explore and push the proverbial envelope of science and technology.

There are no better examples than Sir Richard Branson and Jeff Bezos, who are using their wealth to help write a new chapter in the rapidly evolving commercialization of a domain that until relatively recently was the exclusive purview of governments. Their rocket ventures, Virgin Galactic and Blue Origin, respectively, launched the first crewed vehicles built and operated by their own companies to the edge of space last month.

Paying passengers are set to begin making trips in earnest in 2022. Initially, space tourism will be limited to 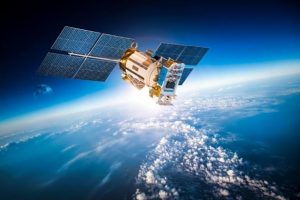 suborbital flights but eventually will  become bolder and more ambitious. Elon Musk is aiming for Mars.

Television viewers around the world who watched live coverage of the historic events were witness, in real time, of not just history in the making, but also the birth of a new aviation/aerospace industry sector—much like electric Vertical Takeoff and Landing (eVTOL) vehicles and Urban Air Mobility (UAM) that are will grow into multi-billion-dollar markets over the next 20 years, according to economic and investment forecasting firms.

While it’s unclear how big the space tourism market may be, Blue Origin has sold nearly $100 million worth of tickets, according to Jeff Bezos, and Virgin Galactic has presold hundreds of tickets for its space plane. Look for these sales to skyrocket, no pun intended, over the next few years.

For the time being, space tourism will remain unaffordable to the masses, much as commercial airline travel was an unaffordable luxury and status symbol just for the jet set, a novelty experience and out of reach to all but wealthy individuals up until the early 1970s when the 747 made its debut. With more than double the capacity of the previous generation of airliners, the 747 heralded the dawn of mass commercial air transportation by making flying more affordable and accessible. Today, the U.S. airline industry, whose roots date back to 1914, accounts for about 5% of the U.S. Gross Domestic Product and supports more than 10 million job, according to Airlines4America, the industry’s principle trade organization.

As Virgin Galactic, Blue Origin and other competitors strive to outdo each other, costs will fall. Engineering advances, such as privately-developed reusable launch vehicles that land vertically—a technological marvel that legacy aerospace companies were unable to achieve since the dawn of the space age—have already slashed the price of rocketing cargo to space.

Instrumental in helping Bezos, Branson and other intrepid entrepreneurs continue their journey will be digital technologies, such as the virtual twin and model-based systems engineering (MBSE), that allow them to accelerate what they aim to accomplish at less cost and greater assurance of success, said Jeff Smith, senior director of the Aerospace & Defense team at Dassault Systèmes.

“From our perspective, we are quite excited by the new domain called New Space, where the race is on to deliver on a lower-cost to orbit and innovative new services, whether it applies to space tourism, the next generation of satellite constellations or eventual colonization of Mars,” added David Ziegler, vice president of Aerospace and Defense for Dassault Systèmes. “Private-sector companies have demonstrated that by following the maxim ‘fail fast, fail often’ they’ve been able to learn how to deploy technology innovation more rapidly, and mastery of the virtual twin coupled with an MBSE approach to designing systems for New Space can help that process immeasurably.”

The benefits that space tourism will spawn are hard to say precisely, but that’s the nature of exploration and entrepreneurial risk-taking in aviation and aerospace. Few, if any people working in aerospace in general and the nascent space sector in particular in the 1950s and 1960s could have ever imagined that Explorer 1, America’s first satellite, would lead to the Global Position System (GPS)—or that the U.S. space program would spawn such technologies as camera phones, CAT scans, LED (lighting emitting diode) illumination and the insulin pump.

Some casual observers have derided the successful demonstrations of the art of the possible as joy rides or indulgences of rich, thrill-seeking individuals. Such myopia reflects an astonishing lack of understanding of how disruptive technological advances build upon one another, often starting out as high-risk, life-threatening pursuits. Such characterizations also reflect little familiarity with aviation’s legacy, starting in 1903 when the Wright Brothers made their first powered airplane flight, and the countless pioneers who passionately followed in their footsteps and helped establish the aerospace and commercial aviation industries.

Critics who delve into the early history of aviation may also be surprised to that flying commercially was perilous.  Despite the early airlines’ best attempts to maintain an image of safe and reliable transportation, accidents were numerous, leading the public to perceive aviation as a dangerous means of transportation.

As difficult as it may be for skeptics of space’s evolving commercialization to imagine where it all may lead, that’s okay. After all, talking about a market in which adventurous recreational travelers fly to the edge of space or even orbit the Earth is like talking in past eras about the Internet before Google Search, talking about the auto industry before the Fort Model T or talking about skyscrapers before the elevator.