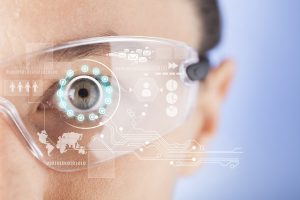 Two years after Google withdrew the Google Glass augmented reality wearable device from the consumer market, Alphabet (Google’s parent company) reintroduced the device in July 2017 simply as “Glass” but aimed at business users this time. Glass failed as a consumer product for a number of reasons: at $1500 the price was too high, it was not fashionable enough, and the embedded camera raised privacy concerns. None of those issues are concerns in an industrial setting.

Augmented Reality (AR) is slowly gaining a foothold in manufacturing and distribution, and Glass is not alone in pursuing this growing market. Microsoft (HoloLens), Apple and others are interested in this growth area for their products. And many more of the consumer-oriented AR glasses like Facebook’s Oculus can be expected to find their way into the plant and the warehouse as the use of AR spreads in these environments.

Some early adopters are showing significant benefits. According to a July 24 Washington Post article written by Hayley Tsukayama, “Alphabet highlighted (in their July announcement document written by Glass project lead Jay Kothari) how Glass had made factory workers at AGCO more efficient by reducing the amount of back-and-forth workers have to do accessing check lists, viewing instruction manuals or sending photos from tablets or laptops as they assemble machines. Glass has reduced machinery production time by 25 percent and inspection times by 30 percent.”

As data systems have become more a part of the manufacturing and material handling landscape, presentation and access to the data has been and remains a principle focus. In the early days, machine controls were local – isolated to the individual machine. Soon enough, plant-level networks linked these controllers and their associated data acquisition capabilities. Connections between plant networks and associated applications  (Manufacturing Execution Systems or MES) with enterprise systems (Enterprise Resource Planning or ERP and engineering systems like Computer-Aided Design and Manufacturing or CAD/CAM ) expanded the data sharing and brought new efficiencies. Drawings, work instructions and schedules could be down-loaded right to the machine and work-center while production rates and counts, parametric data, quality and environmental measurements, material movement and usage, and other data could be either automatically collected or entered into shop-floor devices and passed up to the business and engineering functions.

The weak link in all this connectivity has always been the human to machine interface (HMI). Bar code scanners and touch screens are the workhorses of HMI but the need for the worker to either touch the scanner or screen, and the need to take their eyes off of the work to look at the scanner or screen make the interface a disruption to the work. This is where artificial reality enters the picture.

AR glasses are wearable – they are placed in front of the eyes, suspended by the nose and ears like regular eyeglasses. The user can see through the lenses, as they can with regular glasses, but images can also be displayed in the visual field to ‘augment’ the real(ity) world view. AR devices can also be equipped with motion detection so the user can nod or shake the head to control the image. Some can also recognize hand gestures and/or incorporate voice recognition – all to reduce or eliminate the need to take the users hands away from the work in order to access or enter data.

As mentioned above, AR devices display instructions and lists, drawings and photos and other kinds of instructions that help the user do the job, easily accessing needed documentation on-the-spot without interruption. Likewise, data collection becomes far more integral to everyday work tasks.

AR will become a routine part of the workplace, probably sooner than you might expect. And it is the coming availability of relatively low cost and highly capable wearable devices that is driving this HMI evolution. The limiting factor at this point is the development of the software links to existing MES, ERP, CAD/CAM and other systems to take advantage of the new devices.