Some food for thought during this holiday season.  We’re seeing a major shift in interest in the alternatives to traditional animal proteins. Only a few years ago the only alternative to meat and dairy products were a few soy products created for the vegetarian market. Now mainstream supermarkets carry a wide variety of animal protein alternatives, and the “Impossible Burger” has moved from novelty to fast food mainstay.

Emergen Research cites a variety of drivers behind this transition. Food preferences are changing; there is greater interest in preventing or reversing lifestyle-related diseases; disposable income is rising; and there is increasing moral and nutritional interest in the vegan lifestyle, which eschews the use of all animal-origin products, whether for eating or as clothing, furnishing, etc. 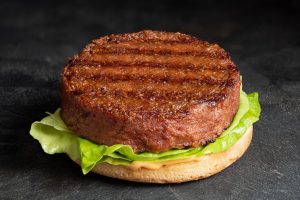 “A lot of academics are starting to work in this area and are not familiar with the complexity of animal products and the physicochemical principles you need in order to assemble plant-based ingredients into these products, each with their own physical, functional, nutritional, and sensory attributes,” writes Prof. David Julian McClements in a new report published by the Nature journal Science of Food.

McClements also notes that many new plant-based protein alternatives are “not necessarily better than an omnivore diet from a nutritional perspective.” The research report also cites another hurdle to wider acceptance: “It should be noted that many plant-based foods are highly processed and contain numerous additives, which is undesirable to many consumers.” 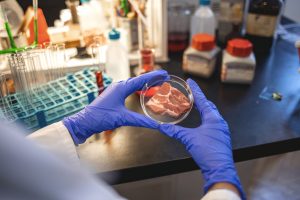 All these factors contribute to the need for increased research into the chemical, physical, and functional properties of plant ingredients. “More research is required to understand the relationship between the structure and properties of plant-based ingredients and their ability to form high-quality meat, fish, egg, or dairy analogs people want to consume,” notes the Science of Food report. More research is also needed in how to manufacture these new alternative proteins.

Macromolecular Imaging: There are several technologies for viewing objects at the cellular level. Together they are being applied in this new field. “Macromolecular imaging is going to be instrumental in the success of finding, understanding, and characterizing new proteins,” claims Dr. Jasmin Hume, founder and CEO of food science startup Shiru.

Computational Protein Design: Products are coming to market for creating new proteins from scratch. Like Macromolecular Imaging, Computational Protein Design works at the cellular level. “Analyzing and visualizing on a molecular level the 3D structures and the movements of proteins enables the redesign of proteins that fit the mass food market as to health, taste, stability, and cost,” says Ilan Samish, CEO of Amai Proteins.

Bioprinting: Similar to 3D printing, Bioprinting is an idea for how to bypass growing cultures to create plant proteins. This technology is in its early stages; there are no food products on the market created using Bioprinting.

Cultured Meat: The idea behind cultured (lab-grown) meat sounds simple. A tissue sample is taken from a live animal. Those cells are then fed nutrients, and grown into harvestable quantities. Unlike other options, cultured meat is not vegetarian or vegan, but it does remove the need for thousands of acres of farmland to grow food for animals.

Technologies familiar to manufacturing are starting to show up in the plant protein industry. NoCo is a startup in Chile with a proprietary machine learning algorithm designed to create new plant-based recipes to mimic animal protein products. The program — referred to in-house as “Giuseppe” — mapped 7,000 plants for amino acetic structures that looked like animal proteins, and used the results to predict viable sources for vegan alternatives. NoCo’s Not Mayo is popular in its home country; its Not Milk line is now for sale in the USA.

Chicken giant Tyson Foods has an investment fund specific to plant proteins. The portfolio includes Beyond Meat, Future Meat Technologies, and a few other smaller firms. The company increasingly refers to itself as a “protein company” instead of a chicken products supplier.

Protera is a startup with a deep learning algorithm called MADI, trained to learn how biology builds proteins. The website says “MADI foundations rely on data generated by many generations of brilliant scientists over the past 70 years.” Amino acids and protein structures are represented in a high-dimension space it calls “latent space.” Protera claims “this new algorithm can make correlations that humans would find impossible to grasp.” The technology uses GPU computing, taking advantage of massive parallelized compute power to analyze billions of options.

Companies joining the race to develop these new foods won’t need rooms full of supercomputers to solve these issues. There are  already available software tools — built for consumer product labs — in which a scientist can leverage machine learning and AI to assess data and make new discoveries at the molecular level for breakthrough innovations in the alternative protein space.  And in doing so, we move from the impossible to the possible very quickly.