Since the introduction of the Airbus A300 in 1972, the twin-engine widebody airplane has become the world’s standard when it comes to commercial aircraft. And in the 44 years since the A300’s debut, the design aesthetic of the passenger jet has remained largely consistent: hop on a plane today and it looks very much like it did four decades ago, while other transportation technology designs have evolved considerably.

What has changed in the aerospace industry, however, is how we design, test and develop aircrafts – and Dassault Systèmes is at the forefront of that innovation. Just announced at this year’s Paris Air Show, Dassault Systèmes and Airbus APWorks have entered into a collaborative partnership to advance the use of additive manufacturing for large-scale production. 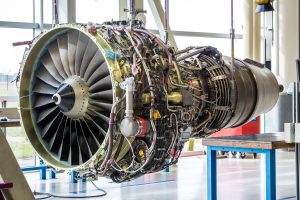 In this heavily regulated environment, where margins are thin and safety is paramount, new product introductions can take extended periods of time: from initial concept to delivery, plane production has historically taken as long as seven years with the manufacturing process itself stretching out to 12 months. New technology, though, promises to significantly reduce that timeline. Additive manufacturing and 3D Printing, once relegated to just the prototyping phase of production, are now helping companies like Airbus create lighter and more reliable aerospace parts for use in their global fleets.

Virtual technologies and additive manufacturing are enabling the aerospace industry to do more with less waste, weight and costs, and they’re also freeing designers to explore complex shapes that weren’t even imaginable for manufacturers who were using traditional processes. While the past decades of commercial flights have been fairly consistent in form, NASA and leading aerospace companies are already studying advanced concept designs that would radically reshape the fastest growing of the transportation sectors.

Additionally, a recent report from the Boston Consulting Group outlines the makings of digital frontrunners in the A&D industry. The report highlights that the most successful companies are those who are investing early in digital technologies such as additive manufacturing to improve productivity and leverage 3D printing to customize production of new parts and prototypes.

At Dassault Systèmes, we have a long history of providing manufactures with the 3D design and virtualization technology tools they need to create world-class airlines, and we’re excited to continue those partnerships as the industry evolves. To learn more about how Dassault Systèmes supports leading aerospace and defense companies, visit our industry page.