For a glimpse of how aerospace companies are likely to go about designing manufacturing products in the future, look no further than the 3DEXPERIENCE Center that Dassault Systèmes and the National Institute of Aviation Research (NIAR) operate jointly at Wichita State University.

Its primary focus is on accelerating the innovation process, and in the 18 months since this unique, world-class facility began operating, at least 150 companies (both aerospace and non-aerospace) have visited WSU’s Innovation Campus. Their goal: learn firsthand how the center could help them rethink their approach to advanced manufacturing and product design in the age of digital transformation.

By integrating immersive technologies, materials research, advanced manufacturing tools and techniques, and the Dassault Systèmes 3DEXPERIENCE platform, the facility has created a collaborative environment in which companies can experiment and validate new concepts before having to invest resources. “We believe we have the applied-learning model in place to demonstrate the art of the possible,” said Jeff Smith, director of Dassault Systèmes’ Aerospace and Defense Ideas Lab.

So confident are a variety of aerospace manufacturers in WSU’s vision for academic and corporate collaboration that they also established a permanent presence on the Innovation Campus. In 2017, Airbus Americas moved its Wichita Engineering Center there to take advantage of the applied-learning model, which engages students in real-world engineering projects. Spirit AeroSystems will be the next enterprise to take up residence.

Any company who avails themselves of the 3DEXPERIENCE Center’s resources—and understands the innovation race will be won by whoever enables new technologies the fastest—will be limited only by their imagination in what they can accomplish. 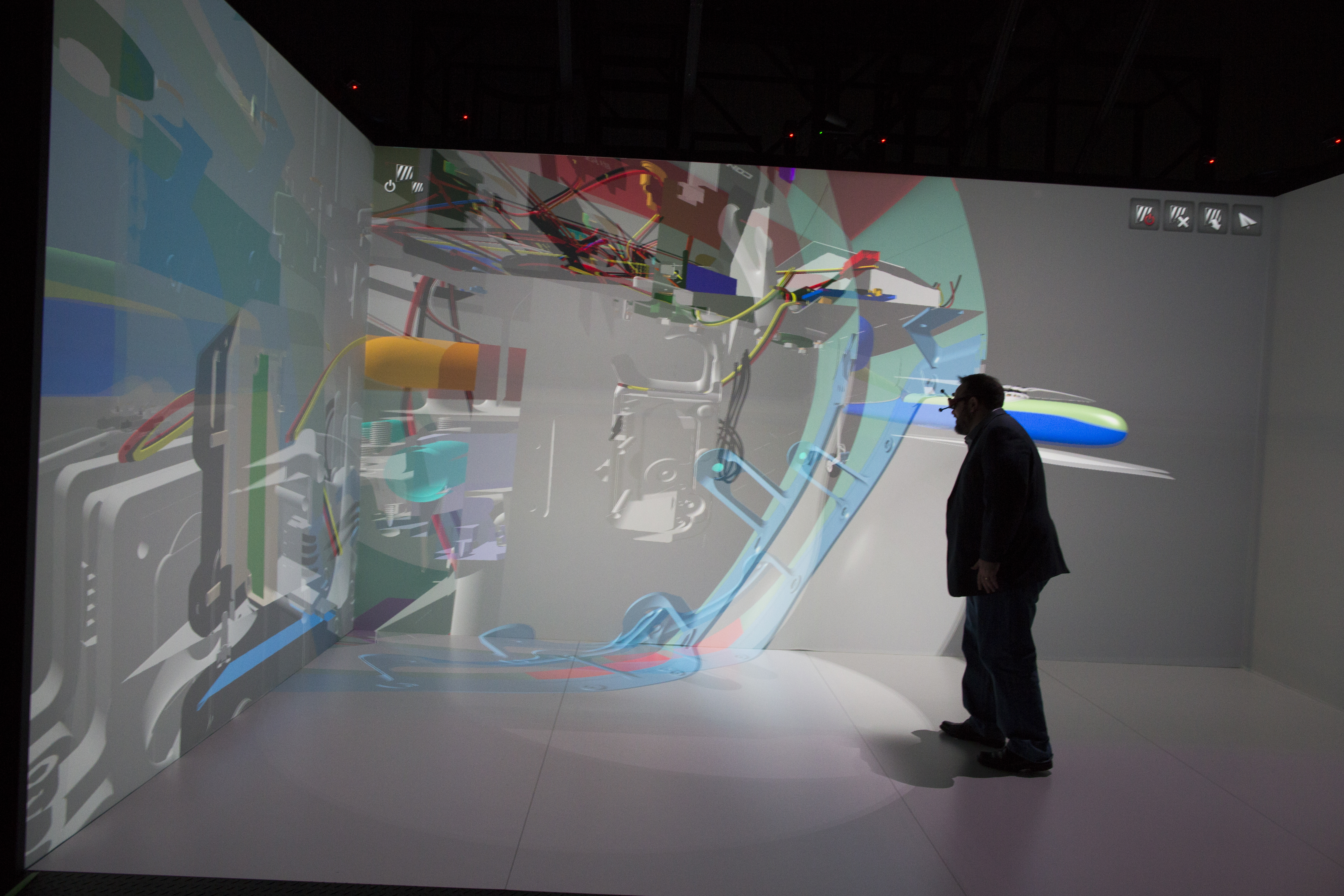 At any stage of ideation, design teams can use virtual reality to view new designs in 3D before they exist in reality and see the results of multiple simulations. They can optimize and certify manufacturing processes end-to-end. An additive manufacturing lab allows engineers to study standard parts for cost and weight, and produce complex prototypes quickly and cheaply without tooling. A Multirobotic Advanced Manufacturing lab allows them to experiment with flexible and scalable manufacturing processes by automating the factory floor. A reverse engineering lab enables engineers to create models from existing physical parts by using 3D scanning technologies, enabling them to generate a computer-aided design model for detailed simulation analysis, prototyping, testing, and failure analysis.

What makes the 3DEXPERIENCE Center truly unique is not all of the tools and capabilities assembled in one place, but rather that everything is digitally integrated, allowing project data to be centrally accessed by multiple teams across the facility. Another feature that sets it apart from the 20 or so other innovation centers worldwide is that the 3DEXPERIENCE Center exists within the ecosystem of WSU’s Innovation Campus, which was designed to support applied learning. “There’s nothing like what we’ve put together at WSU,” observed Smith. 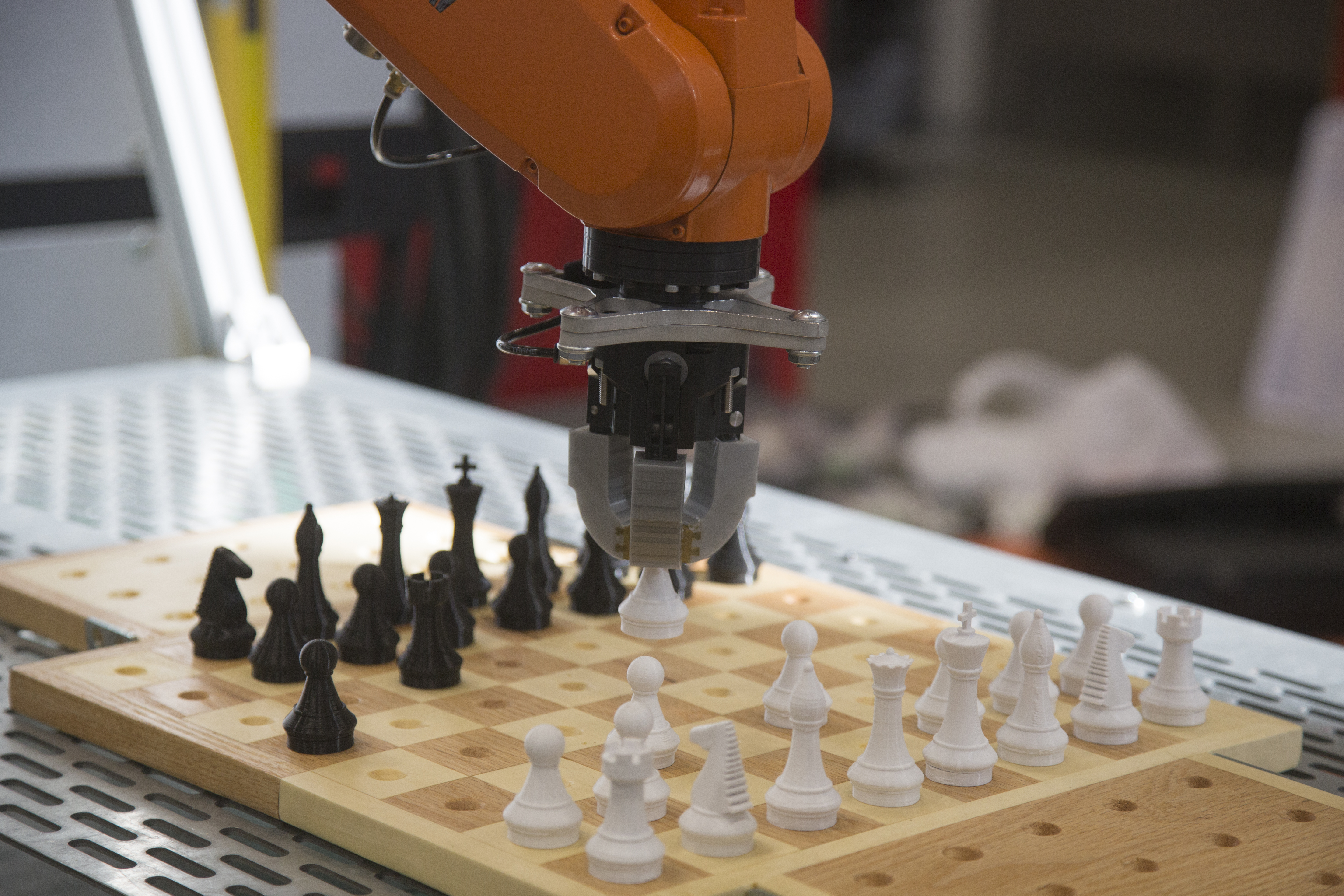 Quality, affordability, and lifecycle costs are all extremely important to commercial and government customers of aerospace companies, which are under immense pressure to improve on all of these measures of value. But if there is one overarching goal of the 3DEXPERIENCE Center that aligns with what customers perhaps are clamoring for the most, it’s dramatically reducing the time companies require to shepherd a product from concept to working prototype.

At least two actual projects have demonstrated what a dedicated team can achieve working in an information-sharing environment and using a common data model, a common user interface, and a suite of highly automated, interconnected manufacturing tools designed to exploit information through the full range of value-adding activities. Both projects aimed to compress the development cycle of a system from concept to working prototype in an aggressive 90 days or less. 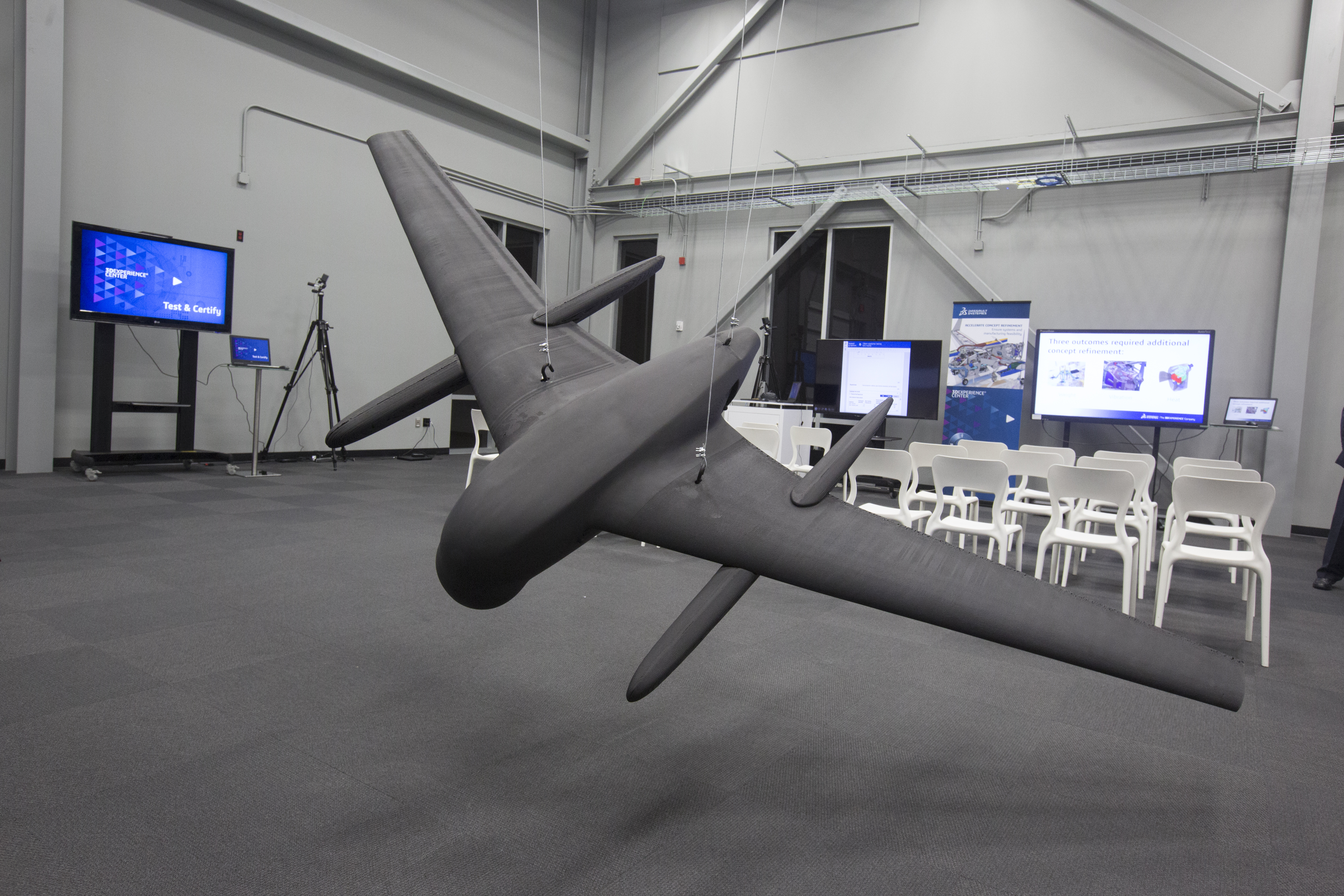 The first one, implemented in 2017, involved creating a multi-variant Unmanned Aerial System (UAS) suitable for search-and-rescue missions. Its wingspan measures about 12 ft., and it was equipped with a retractable landing gear and hybrid propulsion.

While this student-led project took about nine months to complete instead of the desired three, that was still quite an accomplishment, considering the typical development cycle for such an undertaking is three-to-five years. The key was eliminating as much physical testing as possible, relying instead on 3D virtual testing to perfect the UAS design, according to some team members. This allowed engineers to ensure the parts would be perfect before being physically fabricated. Another factor was eschewing conventional manufacturing methods in favor of using additive manufacturing to produce tooling.

The second “sprint” project involved designing and producing a fully functioning prototype thrust reverser, with Airbus engineers from around the world and local suppliers collaborating with Dassault Systèmes and NIAR. A 10-member team accomplished their mission in just 84 days.

“The capabilities of this facility are amazing, and what we achieved was eye-opening,” said Rui Figuriredo, principal engineer for Airbus Americas. “The project was all about discovering how to make prototypes cheaper and faster, and we achieved our goal. The lessons we learned are being applied to other projects in Toulouse [France].”