If you think competition in the overall global economy is stiff, try space.

Once the domain of one-upmanship among nation states, the so-called “final frontier” has become primarily the arena of private enterprise in which entrepreneurs with a higher risk-tolerance than their aerospace company counterparts are boldly pushing the boundaries of technology innovation and the art of the possible while paving the way to a $1-trillion New Space economy by 2040.

In 2020, space-related economic business grew 4.4% to $447 billion, with the commercial sector accounting for most of the increase, according to the Space Foundation, a Washington, D.C.-based research organization. During the 15 years the Space Foundation has been studying global spending on space, the industry has grown 176%, fueled mostly by the dramatic rise of private enterprise’s commanding role. 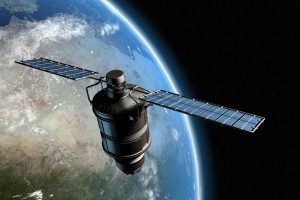 services to deliver them to space—is ground zero for the burgeoning space economy.

But that pales in comparison to just the last five years, with satellite deployment surging no less than 3,000%, Mariel Borowitz, associate professor at Georgia Institute of Technology’s Sam Nunn School of International Affairs, noted. “We’re just beginning to see how that will develop,” she said.

Indeed, in the seven-plus years left in this decade, the operational satellite population could swell to 100,000, fueled largely by LEO mega-constellations. “It’s staggering,” said Steve Wolfe, co-founder and president of Beyond Earth Institute, a public policy think tank.

Two of the most prolific—and visible—developers/operators of these mega-constellations are SpaceX’s Starlink and OneWeb’s global broadband systems. They’re diversifying and in some cases transforming communications services traditionally provided by geosynchronous Earth-orbit (GEO) spacecraft. Another of these game-changers  is Telesat, a Canadian company operating 13 GEO satellites. It plans to invest some $5 billion into Lightspeed, a new LEO network, over the next five years.

While private pure-play space companies will lead the way towards a $1-trillion space economy, established aerospace primes will play an important role as partners and in introducing new technologies or innovative applications of existing technologies.

For example, SES, a satellite and terrestrial telecommunications network provider supplying video and data connectivity worldwide, selected Boeing Co., to manufacture a new constellation for its O3b network in medium Earth orbit (MEO), about 5,000 miles into space. The network, which is scheduled to become operational in 2023, is built on Boeing’s new 702X platform, a fully software-defined satellite also suitable for LEO or GEO and allows operators to allocate bandwidth as market demands dictate.

A fully flexible, software-defined satellite is something that has never existed before, according to Ryan Reid, president of Boeing Commercial Satellite Systems.

Ten drivers will all but ensure that the New Space ecosystem fulfills forecasts for a $1-trillion space economy in less than 20 years, according to industry analysts:

In addition, Dassault Systèmes will be exhibiting at the upcoming AeroDef Manufacturing conference, November 16 – 18 at the  Long Beach Convention Center.