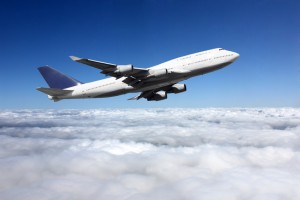 Additive manufacturing (AM), also known as 3D printing, has evolved beyond its plastic beginnings. The medical industry uses the technique with living cells to create tissues and, perhaps one day, organs. In aerospace, AM produces stronger and lighter components, while reducing waste of costly high-tech metal alloys. The U.S. Federal Aviation Administration in April certified the first 3D-printed jet engine part, a house for a compressor inlet temperature sensor called T25, made by GE Aviation.

Conventional manufacturing involves casting a solid part, then milling, boring, sawing, drilling or planing it into shape or hollowing it out, like a sculptor with a block of marble—but using precision machines.

By contrast, AM deposits the raw material—such as aluminum, nickel alloys, titanium or stainless steel—in powder form, 20 to 40 microns thick, which is then melted with a laser according to a 3D computer model. AM then uses several binding techniques, including selective laser melting, direct metal laser sintering and laser deposition technology.

This process has three major advantages over traditional manufacturing: speed, cost and design.

Speed: Time is saved from the moment the design leaves the drawing board.
“To come up with a prototype for any component may take a year: to make castings, get molds in place, then manufacturing, then the assembles required,” says Joseph Markiewicz, plant manager at General Electric Aviation’s $50 million additive manufacturing plant in Auburn, Ala.

With additive, you go from designing a prototype in a 3D model, then test it out and redesign almost on the fly. It’s rapid design validation.”

The supply chain also is shorter. Raw material procurement for conventional manufacturing requires six to 12 months lead time, says Thomas Dautl, head of production technologies at MTU Aero Engines AG in Munich. Then machining of the components takes time, but “if you build your part directly out of powder, you have much shorter lead times.” 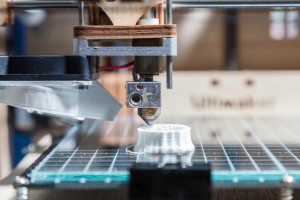 Finally, the manufacturing process itself is faster. MTU uses AM to make borescope bosses, which form part of the turbine case on the PW1100G-JM engine for the Airbus 320neo aircraft. More than 10 borescope bosses can be made simultaneously, Mr. Dautl says, and with fewer workers than in conventional manufacturing where workers guide the casting or milling process for each piece produced.

Cost: “What’s really key about additive manufacturing is it’s really efficient from the perspective of materials consumption,” Mr. Markiewicz says. “In additive, you have less waste. Before, you had a piece of metal that you ground down. Now you build up.” With no pile of excess raw material at the end of the process, AM can generate significant savings.

Less wastage is vital, because “you have to have more than a 10%-15% cost reduction otherwise you can’t do it,” notes Mr. Dautl. “There are a lot of other costs if you change to another technique, so you must have a significant cost reduction overall” to justify the switch.

There are also savings to be gained from greater simplicity. GE Aviation uses AM to make fuel nozzles for the new LEAP jet engines manufactured by CFM, a joint venture between GE Aviation and Snecma. Whereas a traditional nozzle comprises 20 different, precision-made components, all produced by traditional methods, and then welded or brazed together, the AM fuel nozzle consists of a single piece.

“There’s significant simplification of the process,” Mr. Markiewicz says, “and better consistency because there are fewer points of variation thanks to having fewer pieces.”

In addition, the AM nozzles are not only more durable, they also weigh 25% less than traditionally produced versions. That is important because “weight reduction is significant for anything in the aviation world,” Mr. Markiewicz says, and each engine has 19 fuel nozzles. The new nozzles help aircraft cut fuel consumption 15%.

In nature, there are no right angles. Nature finds best the angles for tensile strength. Additive can do this. It has removed the handcuffs that design engineers have typically been held to. Now they can design for hollow internal passageways that are stronger and lighter weight. It opens up a new canvas for designers.” 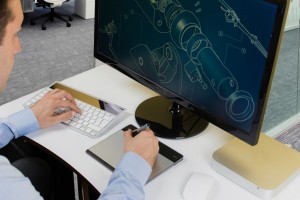 Indeed, future design departments will need to integrate the complex geometries possible with AM, as well as adjust to new possibilities for lightweight design, MTU’s Mr. Dautl says. Evolving computer-aided design (CAD) software will be able to produce complex designs for 3D printed parts that are hollow for lighter weight yet stronger than what could be made traditionally. CAD programs also will be able to work out loads and constraints for new materials that can be 3D printed.

“It’s a new way of thinking for engineers and manufacturing organizations: producing a 3D model and printing it,” Mr. Markiewicz says. “You’re eliminating the middle steps and creating a seamless flow between design and manufacturing.”

Reprinted with Permission
This article was originally posted on Dassault Systèmes’ 3D Perspectives blog. To join the conversation, visit our Future Realities community on LinkedIn.
Share this...