There are events, there are large events, and then there are events for which any adjective would fall short to qualify them- Paris Air Show at Le Bourget is certainly one of them. Half a million visitors (130,000 international visitors), representations from over 180 countries, over 2000 exhibitors, and over 1200  international exhibitors spread across 740,000 sqm of exhibition space- the numbers showcase why the Paris Air Show 2017 is a Goliath among other events of the aerospace industry. Several government dignitaries also graced the event, the numbers pegging their attendance at close to 25,000. The Paris Air Show effectively portrays, the aerospace industry is one of humongous magnitudes, ranging from flying bikes to unmanned aircraft and fighter jets to commercial aircraft.

Held from June 19 to 25 June at 8 at Le Bourget, Paris and with representation of sectors ranging from traditional aircraft to spacecraft, satellite communications, weapon systems and all other B2B suppliers, the event was truly one of its kind, with firms notching up orders in billions. Airbus alone received orders worth $39.7 Billion. Boeing added another feather to its cap by launching the Boeing 737-10 and an order book of 325 and counting – worth a whopping $40.625 billion. China made one of its initial impacts on the aviation industry by showcasing its Unmanned Aerial Vehicle, Wing Loong II, its first drone to be propelled by a turboprop engine. Indian domestic aviation players hit the limelight with multiple business announcements. Cumulatively they placed orders for 800 new planes – a colossal number considering that only 500 aircraft are presently operated by Indian carriers. While the public eyes were oblivious to these deals; flying cars were the highlight of the research aspect of the show.

Aviation majors from the host country maintained their phenomenal standards of excellence too, as was seen when Dassault Aviation showed its strength through a flying display of its Rafale fighter aircraft much to the enthusiasm of the delegates at the show. Dassault Systèmes and Airbus APWorks announced a collaboration to advance the use of additive manufacturing for serial production in the aerospace and defense industry. The collaboration serves as a perfect amalgamation of the 3DEXPERIENCE platform and APWork’s metal 3D printing prowess. Dassault Systèmes also collaborated with Avic, to set up a Sino-French Industry Joint Innovation Center. 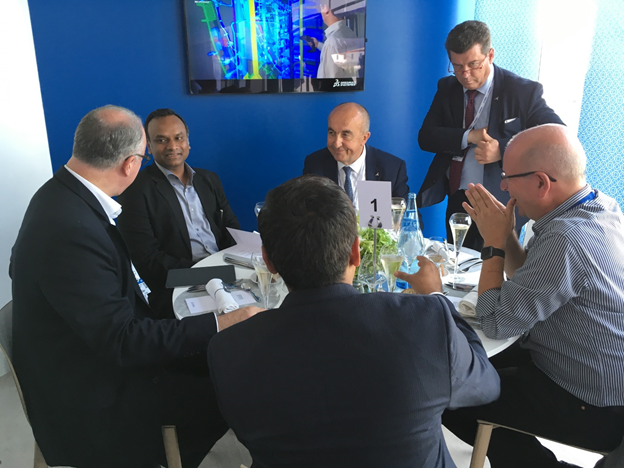 The key highlight was the showcase were Profitable Cabin Personalization for Passenger Experience: Many companies remain blocked by the challenges of managing the trade-off between customer demands and the increased costs of meeting those needs. From cabin and product configuration through to virtual cabin validation, customer expectations can be managed better to accelerate sales and reduce the number of engineering changes. 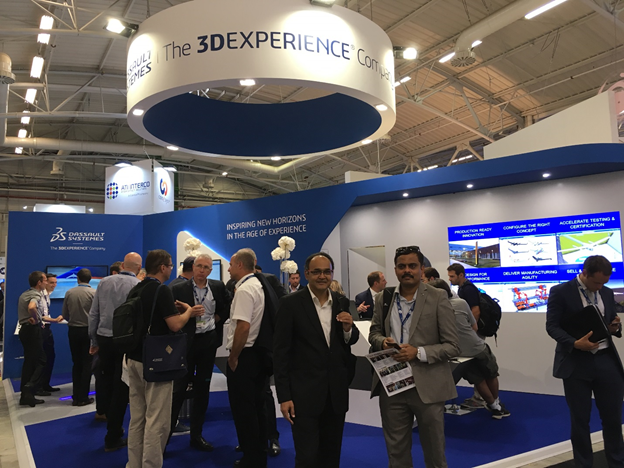 The other highlight was the showcase of the Digital Continuity for the Future Factory: Aerospace and defense companies develop complex products, with multiple variants and evolutions. Companies have to incorporate many changes along the life of the program. Lean Manufacturing has to ensure that production can produce efficiently at Rate and deliver First Time Quality. The showcase for the concept was through the 3DEXPERIENCE platform, which showed the Human Centric Factory of the Future through multiple facets. 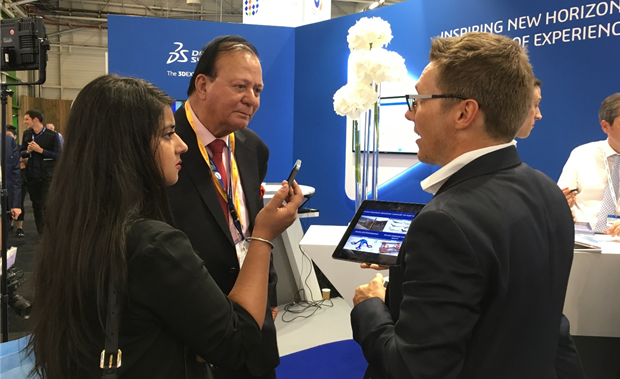 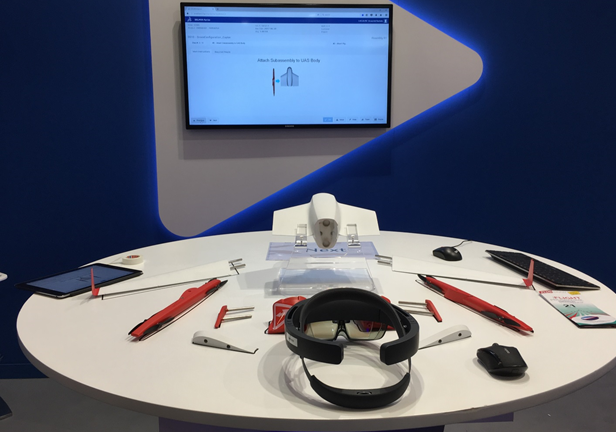 Dassault Systèmes also had a booth. It operated around 6 chapters – 3DEXPERIENCE Center, Configuration of Concept, Testing and Certification, Designing for Performance, Manufacturing Agility Enhancement, and conclusively, Sales and Operations of the experience. The principal content showcased at the show was elucidated upon in a total of 20 minutes – 4 sections of 5 minutes each. The first section focused upon Production Ready Innovation, which showed how a cohesive strategy for the entire manufacturing process through the concept of PLE. The section also showed concepts of accelerated testing and certification and Multi Robotic Advanced Manufacturing as a lever to enhance production flexibility, effectiveness and efficiency. This section emphasized upon the provision of a high fidelity experience to the consumer, using a dynamic system simulation of the Concept of Operations, with an optional experience utilizing multi-physics. The third section saw emphasis on optimization of production rates through 3DLEAN, production planning and enhanced manufacturing operations. The final section focused on the driving of new value through digital transformation.