For years now, Aero India has been the preferred meeting ground for companies, innovators, and thought leaders in the aviation sector, held in the beautiful and flourishing technology hub of the country – Bengaluru. The 2019 chapter flagged off on the 20th February and after three frenetic days of activity, collaboration, and dialogue, the business end of Aero India came to a close. The last two days of the event (the 23rd and 24th) were meant for public interactions and the inclusion of a far wider audience; thousands of visitors poured in from across the country, eager to witness these stunning innovations in the Aerospace industry.

An exuberant showcase of talent & innovation

Every year, the event sees several famous personalities visit various booths and express their solidarity with India’s ever-growing Aerospace sector. At Aero India 2019, Badminton star and Olympics medalist PV Sindhu became the first woman ever to co-pilot DRDO’s ‘Made in India’ Light Combat Aircraft, Tejas. This was part of the celebrations of Women’s Day at Aero India (February 23rd ). Along with Miss Sindhu’s history-making flight, several women were felicitated for their outstanding contributions to the nation.

Another vital element of Aero India is the spectacle of powerful aircrafts, performing staggering aerial maneuvers. 2019 saw a number of such displays, showcasing India’s talent and dexterity in aviation. A Light Combat Helicopter was seen flying in reverse gear, while the magnificent F-16 performed a variety of enthralling ‘aerobatics’. Behind these displays, lay a greater cause; these pilots showed their gratitude and unwavering commitment to the Indian Air Forces. Creative formations in the sky included ‘a heart made of clouds’, delighting the audience and stealing the show.

The final day (the 24th) continued the momentum set by the 23rd with several such incredible aerobatics. Furthermore, innovations from several globally recognized OEMs were unveiled for the first time at 2019, standing shoulder to shoulder with vintage displays by aviation veterans like Boeing and Dakota. Celebrating India’s massive youth population, the event also made room for other inspiring first-time activities like a national student’s project competition and a delightful ‘Flying Objects & Aero India Moment’ Instagram photography contest.

The event came to its celebratory conclusion with the arrival of the honorable governor of Karnataka, Shri Vajubhai Vala, who addressed the gathering and R Madhavan, CMD at HAL, who proposed a vote of thanks as part of the valedictory function. 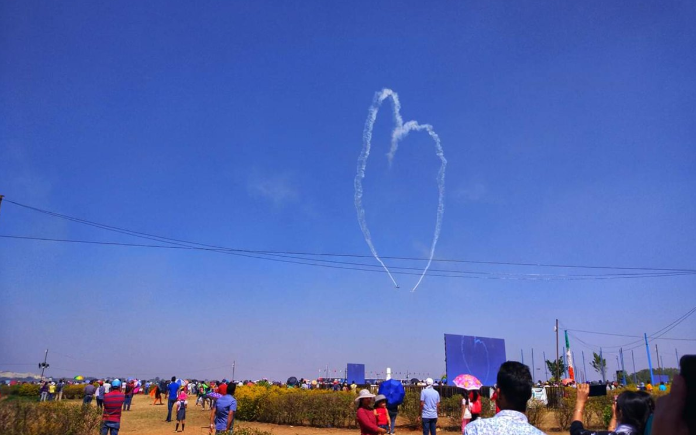 Having shared sights and scenes from Aero India 2019’s many compelling events and achievements, we would like now to mention how Dassault Systèmes endeavored to deliver enduring value and growth-focused innovation in Aero-manufacturing.

We were at booth AB2.19I. Four key themes were outlined for this year’s event: accelerating innovation, improving design at reduced costs, boosting production speed, and creating new business opportunities. We believe these are the primary drivers for a sustainable, meaningful, and inclusive blueprint for Indian industry and manufacturing. Additionally, at the core of the Dassault Systèmes approach, lies the 3DEXPERIENCE platform; we leveraged Virtual Reality (VR) to simulate how 3DEXPERIENCE could help optimize Aero-manufacturing, in-line with the four themes.

On Day 1, we were also delighted to host Alexandre Ziegler, the French Ambassador to India;

The spotlight on Aero startups and MSMEs

“Digital Transformation in Aerospace & Defense through end-to-end solutions, using the 3DEXPERIENCE platform, is a step towards ‘Make in India”, commented Delphine ZINCK, Senior Business Consultant, A&D Industry, Dassault Systèmes. Inspired by the Indian government’s ‘Make in India’ philosophy, we also presented our cloud-based solutions specifically designed for this segment – ‘Engineering To Fly’ for SMEs and ‘Reinvent The Sky’ for startups.

Cementing our commitment to India’s thriving startup ecosystem, we announced a partnership with Bengaluru-based drone manufacturer, General Aeronautics. In fact, drones or Unmanned Aerial Vehicles were at the cynosure of the event on Day 2, with the Drone Olympics inviting entries from India’s most disruptive and clutter-breaking companies. 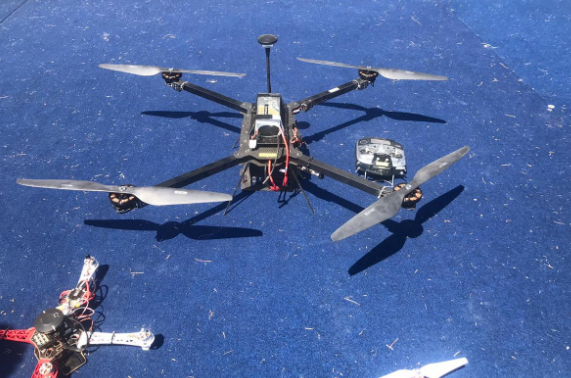 These first two days were also an opportunity for Dassault Systèmes to strengthen and widen its network of relationships within the Aerospace fraternity. Executive networking dinners organized by team Aero India and HAL were a crucial meeting place for strategic dialogue and discussion.

On Day 3, the 22nd, several delegates from Indian OEMs visited our booth for extensive consultations on our engagements and the exploration of mutually beneficial intersection points. Our Business Transformation Leader, Mr. Kothapalle REDDY conducted an enlightening walkthrough for these OEMs deep-diving into cutting-edge emerging areas Additive Manufacturing, cross-disciplinary process flows, digital continuity and VR-enabled prototype simulations. Our four key themes and these transformative concepts were echoed by Patrick FARDEAU and Ravikiran POTHUKUCHI, in conversation with six of India’s leading Aerospace magazines, detailing our plans for the ongoing ‘industry renaissance’ in Aero-manufacturing. 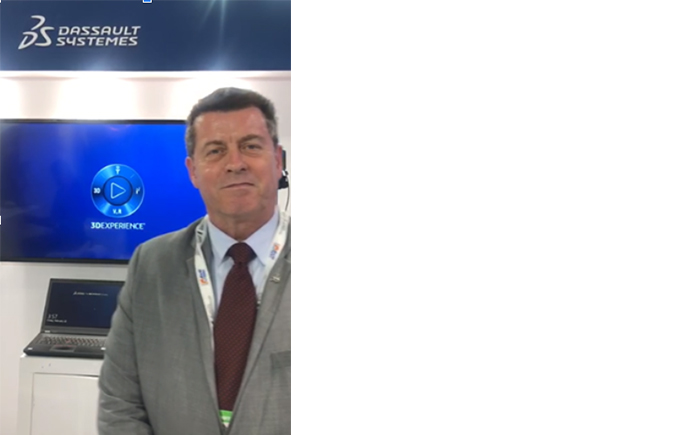 "Let’s continue on this runway towards a one-billion-strong opportunity!” Patrick FARDEAU said.

To conclude, Aero India 2019 was a brilliant and definitive meeting ground for the brightest minds, sharpest thinkers, and disruptive architects in aviation. In many ways, it is a reflection of a shining new India, rapidly moving towards new avenues for growth and development, even as startups across the country action fresh pathways to meaningful progression.

We, at Dassault Systèmes, are committed to amplifying the impact of technology on this exciting journey, and we look forward with eager anticipation to Aero India 2021.